SIG Sauer developed the MCX series back around 2014 with a “particular customer in mind” and then transitioned it to fill both the demands of the military– the Army’s new 6.8mm Next Generation Squad Weapon-Automatic Rifle or NGSW-AR, adopted earlier this year as the XM5, is based on the MCX Spear, while SOCOM went with the shorty Rattler variant in 5.56/.300BLK — and the consumer market, namely with the MCV Virtus line. With a decade of success in the rearview, the company decided to, rather than sit on its laurels, to instead push the platform to the next level.

Meet the new MCX Spear LT, which brings back compatibility with standard AR trigger packs– opening a world of modularity lost with the Virtus– slimming the rifle down by about a pound, and delivering better ergonomics. Also, the new gun will be offered in eight different models, including carbines, pistols, and SBRs available in 5.56 NATO, .300 Blackout, and 7.62×39– the latter new for the platform and a caliber unusual altogether for SIG. 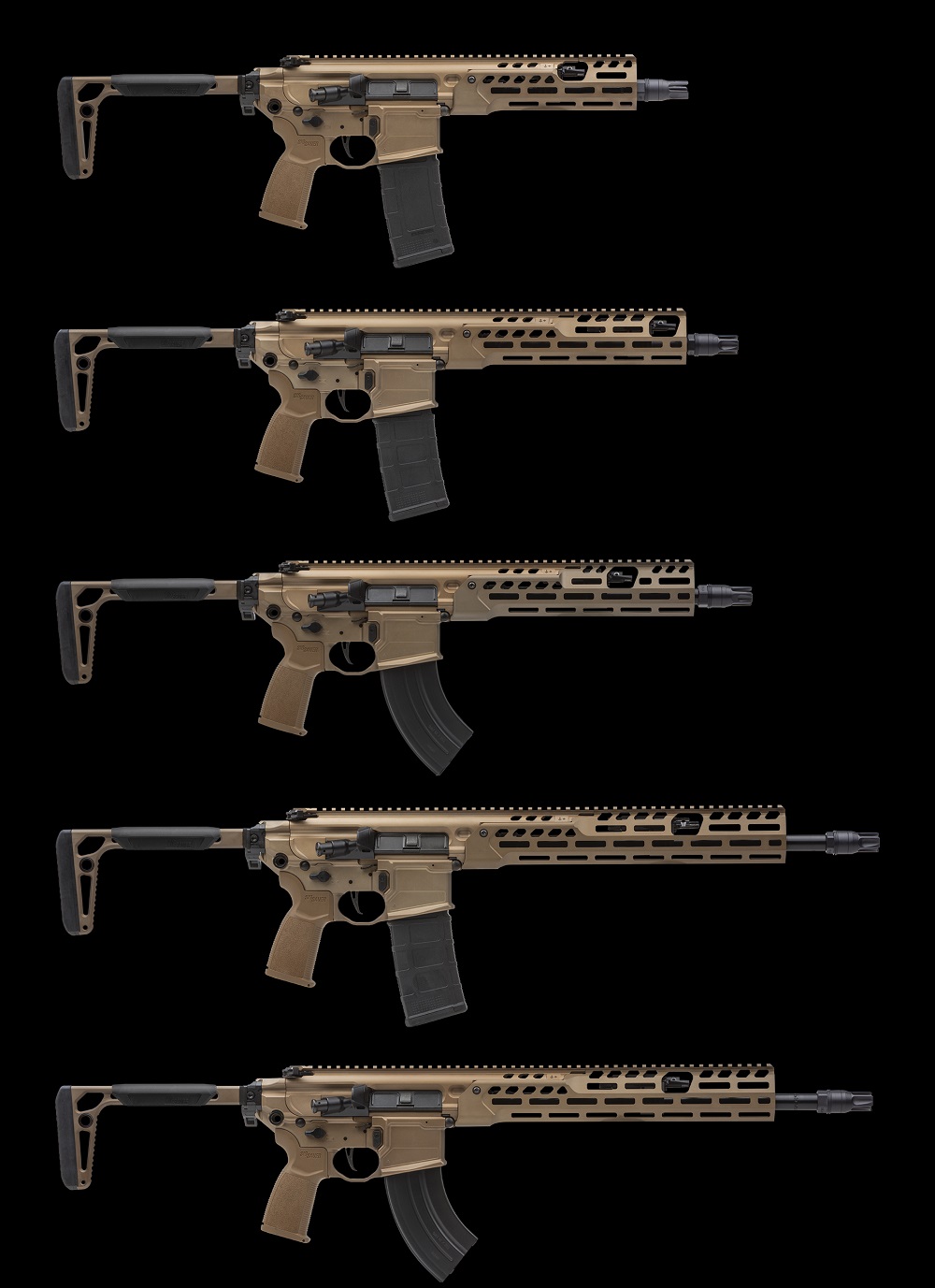 I got to play around with these in New Hampshire last month and was really impressed.