Here in the U.S., the 1911 reigns supreme in the minds of many shooters, with perhaps the Glock series coming in a very narrow second place finish. Among 1911 fans, the Commander style guns, which offer a more compact .45 for concealed carry has long been a crowd-pleaser. With that being said, it shouldn’t surprise you that Glock has an equivalent.

In 1949, Colt redesigned their legacy M1911 .45ACP GI to meet a tender from the Army for a compact handgun to arm officers with. Their design is known to history as the Colt Commander, which debuted on the civilian market the next year. Sporting an aluminum (Coltalloy) frame, this more compact version of the old longslide tipped the scales at 27 ounces (unloaded) and had an overall length of 7.75-inches due to its 4.25-inch long barrel.

You know that’s some pretty shit there.

Still using the standard 1911 single stack mag, it held 7+1 rounds. The gun has proved popular, remaining in production for decades with Colt through its steel-framed Combat Commander, Commander Gold Cup, Combat Elite and CCO series. Further, it’s been imitated by just about everyone that makes a 1911-style pistol from Llama to Kimber and Rock Island.

In 1995, Glock was on the ropes due to the Federal Assault Weapons Ban enacted by Pres. Clinton. This flawed legislation banned a number of guns from sale and production over cosmetic features and placed a 10-round cap on detachable magazines. As Glock’s bestsellers at the time were their 17-shot G17, 13-shot G21 and 15-shot G19/G20/G22, this law could have really put a bind on sales.

However Glock took the 10-shot limit and decided to build (smaller) guns around it, introducing what has gone down as their “baby Glock” series; the 9mm G26, .40cal G27, and 10mm G29. These subcompact guns revolutionized concealed carry when introduced and helped get Glock through the AWB years. The .45ACP model of the crop was the G30 and it has a veritable crop of offspring– all very Commander like. 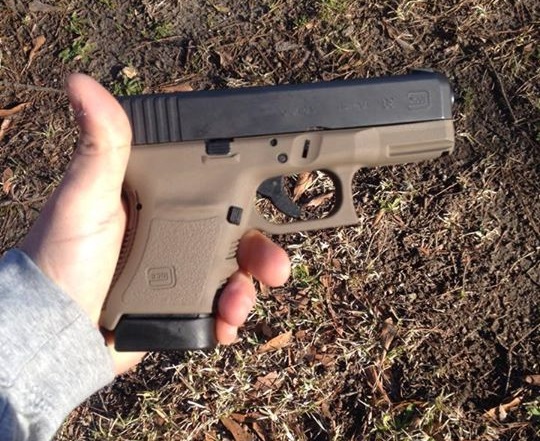