Posted on November 1, 2019 by laststandonzombieisland 3 comments 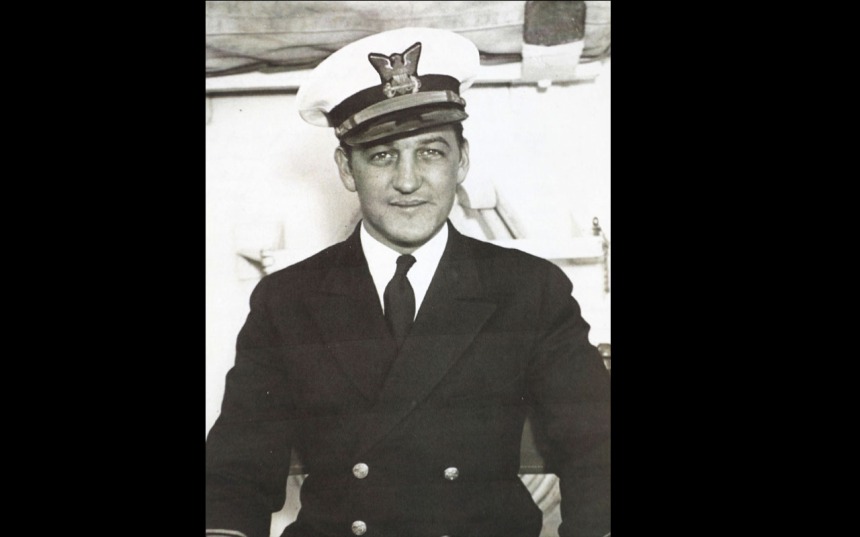 Lt. James Crotty as lieutenant junior grade aboard a Coast Guard cutter. Crotty, a 1934 graduate of the U.S. Coast Guard Academy, served throughout the U.S. including Alaska prior to service in the South Pacific. Photo courtesy of the MacArthur Memorial Library, Norfolk, Va.

R 290809 OCT 19
FM COMDT COGARD WASHINGTON DC//CCG//
TO ALCOAST
UNCLAS //N05360//
ALCOAST 335/19
COMDTNOTE 5360
SUBJ:  THE RETURN HOME OF LT THOMAS JAMES EUGENE CROTTY, USCG
1. It is my honor to report that we will bring LT Thomas James Eugene “Jimmy” Crotty, a Coast Guard and American hero, home.
2. LT Crotty was born on 18 March 1912, in Buffalo, New York. He graduated from the United States Coast Guard Academy in 1934 after serving as Company Commander, class president and captain of the Academy’s football team. He served his first seven years after graduation onboard cutters in New York City, Seattle, Sault Ste. Marie and San Diego.
3. In the days leading up to the attack on Pearl Harbor, he served with the U.S. Navy as Executive Officer onboard USS QUAIL, part of the 16th Naval District-in-Shore Patrol Headquarters, Cavite Navy Yard, Philippines. He aided in the defense of Corregidor during the Japanese invasion in the early days of WWII, supervising the destruction of ammunition and facilities at the Navy Yard and scuttling the fleet submarine USS SEA LION to prevent its use by the Japanese. As the Japanese advanced on Corregidor, LT Crotty eagerly took charge of cannibalized deck guns from the ship and led a team of brave enlisted Marines and Army personnel fighting for an additional 30 days until the Japanese bombardment finally silenced the defense of the island fortress.
4. Following the fall of Corregidor, LT Crotty was taken prisoner by the Japanese and interned at the Cabanatuan Prisoner of War Camp. After his death on 19 July 1942 from diphtheria, he was buried in a common grave along with all those who died that day.
5. After World War II, the U.S. government moved remains from the common graves to the Manila American Cemetery and Memorial in the Republic of the Philippines. On 10 September2019, as part of an exhaustive effort by DoD to bring every service member home, LT Crotty was positively identified from the remains exhumed from the cemetery in early 2018.
6. LT Crotty is the only known Coast Guardsman to serve in defense of the Philippines; his service authorizes the Coast Guard to display the Philippine Defense Battle Streamer on our Coast Guard Ensign. He was posthumously awarded the Bronze Star, Purple Heart, and many other decorations. A full accounting of his service can be found in the blog at:
https://compass.coastguard.blog/2019/09/18/the-long-blue-line-lt-crotty-and-the-battle-for-corregidor/
7. On Friday, 01 November 2019, arrival honors will be held at Joint Reserve Base, Niagara NY at 1000. Funeral services will be held on Saturday, 02 November 2019 at 1200 at St. Thomas Aquinas Roman Catholic Church, Buffalo, NY followed by interment with full military honors at Holy Cross Cemetery in Lackawanna, NY.
8. LT Crotty embodied our core values of Honor, Respect, and most especially Devotion to Duty. As we celebrate his life and legacy, we also celebrate the lives of the more than 600 Coast Guard members we were not able to bring home from WWII. He represents the proud legacy of the Long Blue Line of Coast Guard men and women who place themselves in harm’s way every day in the service to their country and fellow man. He is one of many who made the ultimate sacrifice; we should never forget his efforts and the sacrifices of the thousands of Coast Guard men and women who served so bravely in our service over the last 229 years.
9. To honor LT Crotty, I ask every Coast Guard unit and member to observe a moment of silence as he begins his journey home on Thursday, 31 October 2019 at 1900Z (1500 EDT/1200 PDT/0900 HST).
10. The Half-masting of the national ensign for all Coast Guard units will take place when LT Crotty is honored at the U.S. Coast Guard Academy in the spring of 2020. Information will be sent SEPCOR.
11. Admiral Karl L. Schultz, Commandant, sends.
12. Internet release is authorized.