First introduced in 1990 as the apex of Colt’s snake gun series, the big .44 Magnum Anaconda was in and out of limited production until 2003 when the company put the design to bed. 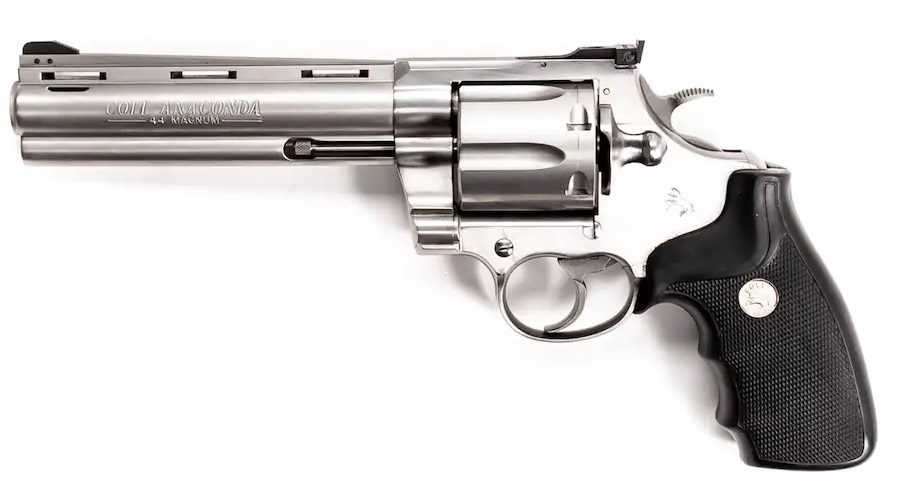 The original Colt Anaconda was available in several different models, including Custom Shop guns, but only had a 13-year run. This circa 1994 6-inch model is a good example of the revolver.

Now, following on the heels of the company rebooting their .38 and .357 double-action revolvers with the Cobra and Python series over the past four years, the move to bring back an improved Anaconda, based on a scaled-up 21st Century Python, is fitting.

The rebooted 2021 Colt Anaconda, in 6-inch semi-bright stainless finish, has an unloaded weight of 53 ounces, and an overall length of 13 inches. Height is 7.25 inches. For those who want something even bigger, there is always the 8-inch model.