What China says about its SSBN launched Nukes

An intresting piece in the Washington Times looks at the PLAN’s take on their small SSBN program. They currently have five operational nuclear-powered boomers carrying submarine launched ballistic missiles.

In 2010, a new class of missile sub, the Type 094 Jin class, entered the service. It is capable of launching 12 to 16 JL-2 missiles with a range of about 8,700 miles, covering much of the continental U.S. with single or multiple, independently targetable re-entry vehicle warheads. Chinese SSBN will begin official seapatrols starting in 2014. A futher class the Type-96 Tang, is under development.

Chinese calculations for nuclear attacks on the U.S. are chillingly macabre.

“Because the Midwest states of the U.S. are sparsely populated, in order to increase the lethality, [our] nuclear attacks should
mainly target the key cities on the West Coast of the United States, such as Seattle, Los Angeles, San Francisco and San Diego,” “The 12 JL-2 nuclear warheads carried by one single Type 094 SSBN can kill and wound 5 million to 12 million Americans,” 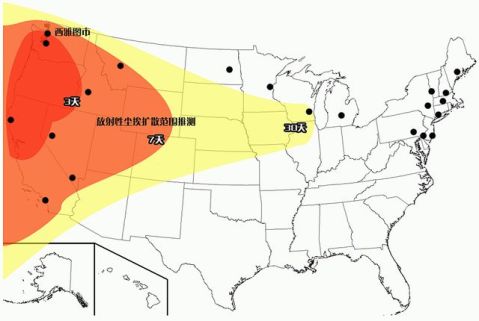 And yes, for the record, I DO consider it grim irony that the fringe Survivalist groups whom have for years advocated the Northern Rockies such as Idaho and Montana as the most ideal survival prospect, now find themselves squarley under the proclaimed threat zone of the Chinese.

Then of course there is the 15 new “Zhan Shen” (God of War), Hongzha-6K bombers, which are just a rehash of Krustchev’s
Tupolev Tu-16 Badger twin-engine jet bomber,  but can carry modern ALCMs with a 1500-mile range. Coupled with the H-6Ks 2500-nm combat radius, this allows nuclear cruise missile strikes almost 4000 miles from the Chinese mainland. While it cant reach the eastcoast, outer Hawaii and Guam (not to mention of course Japan and the ROK) are within its theorethical reach.