Last of the Rota 4 heads across the pond

The Big Blue first announced in 2012 they were sending a quartet of ABM-enabled Burkes to Spain where they would be forward deployed for emerging threats and provide NATO with some solid ballistic missile defense. Since then, three have gone over and even gotten involved in the Black Sea to a degree in the new cool war between the West and a resurgent Russia.

Now it looks like they will soon be full-up. 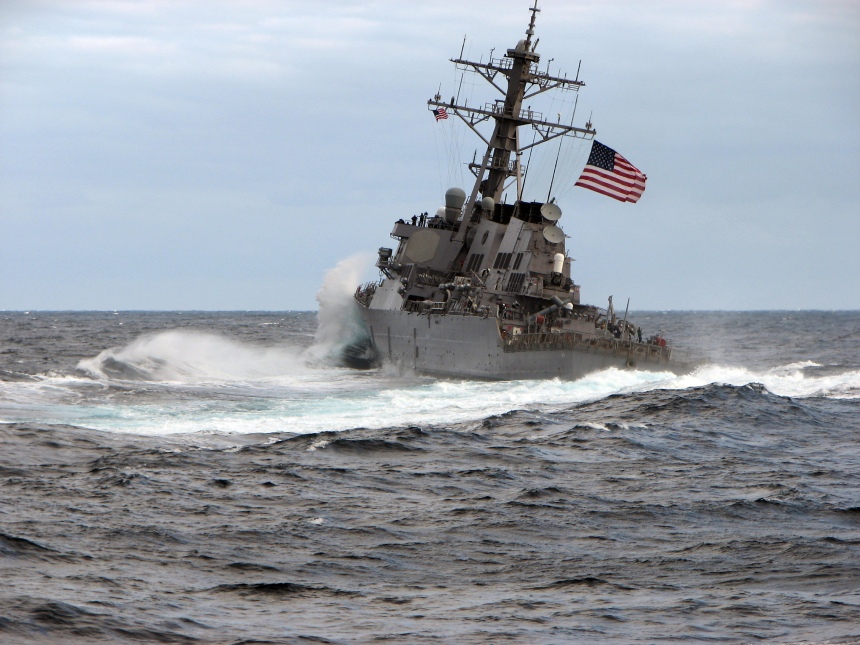 10016-N-7408S-012 MEDITTERANNEAN SEA (Jan. 16, 2010) Waves crash over the bow of the guided-missile destroyer USS Carney (DDG 64). Carney is part of the Eisenhower Carrier Strike Group and is deployed as part of an on-going rotation of forward-deployed forces to support maritime security operations in the U.S. 5th and 6th Fleet areas of responsibility. (U.S. Navy photo by Master at Arms Chief Chief Anthony J. Sganga/Released)

USS Carney (DDG 64) departed her homeport of Mayport, Florida, Sept. 6 on her way to Rota, Spain, as the final of four Arleigh Burke-class guided-missile destroyers to be forward deployed to Spain.

To enhance the security of the European region, Carney will join USS Donald Cook (DDG 75), USS Ross (DDG 71), and USS Porter (DDG 78) who have already made the transition to Spain.