Posted on February 25, 2016 by laststandonzombieisland 2 comments 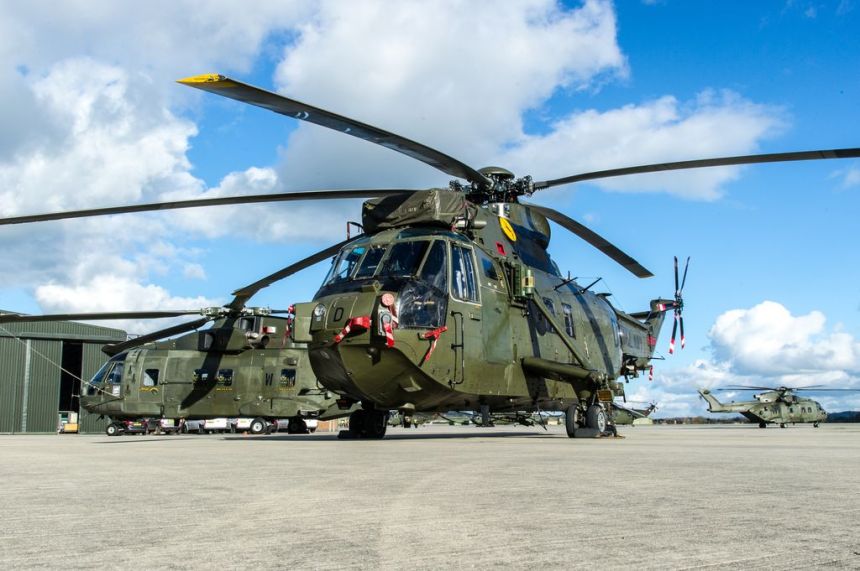 Photo via The Aviationist

The Royal Navy’s Commando Helicopter Force (CHF) will soon end a 37-year-long love affair with the Sea King when the last 7 of its HC4 fleet from 848 Naval Air Squadron are retired next month. The “cabs” for 3 RM Commando Bde have carried HM Marines into battle across the globe in the past four decades and have the scar tissue to prove it with one of the remaining “Junglies” having been shot down an amazing three different times in three different warzones.

They will be replaced by 19 HC4 and five HC4A Merlins for 845 and 846 NAS (848, which dates back to WWII and flew Avengers from Warship Weds alumni HMS Formidable off Okinawa, will disband).

“All the way back to the Falklands and into every operational theatre the UK has been into, the HC4 ops have been relentless. We recently calculated that it has spent 25 years constantly on operations around the globe – probably an unparalleled contribution to UK defence – in such different conflict environs ranging from Northern Ireland and the Falklands to the challenges Bosnia and into the deserts of Iraq and Afghanistan… plus the ongoing peacekeeping and humanitarian missions. It has been a forerunner in helicopter warfare – it is versatile, forgiving and incredibly versatile.” –Capt Niall Griffin MBE is the Commanding Officer of the Commando Helicopter Force, with over 3,000 flying hours.