The hodgepodge that is the Dominican Navy’s small arms

The Navy of the Dominican Republic or Armada de Republica Dominicana (A.R.D), dates back to 1844 and has had lots of ups and downs. Mainly downs.

Just after WWII, El Jefe Rafael Trujillo expanded the ARD to a respectable force that was the largest in the Caribbean and, after the U.S. and Canada, the “ABC” states, Peru and Mexico was still solidly in the Top 10 in the Western Hemisphere.

The battle line at its height included a dozen ocean-going warships:

*Don’t laugh at these plucky little tubs, the Coast Guard used 26 of these type vessels across both World Wars and, as noted above both Thetis and Icarus accounted for at least one German sub each during the war and remained functional enough to endure into the late 1990s with the Dominican Navy.

In addition to the above they fleet had about a dozen surplus USN Admirable-class minesweepers, Cherokee-class fleet tugs, Sotoyomo-class tugs, Cohoes-class net laying ships and LSMs.

The Air Force in the meantime picked up P-51s (and was the last country to use them, all the way until 1984) while the Army grew to over 30,000 men, equipped with M1 Carbines and Garands, a smattering of Spanish CETMEs and Armalite AR-10s, and of course the Hungarian-designed but locally-produced Cristobol carbine.

Trujillo also expanded the ARD to include a naval infantry unit (though they were not officially called Marines until 2008) and a frogman unit (Hombres Rana) which were trained by some Italian and French mercenaries in the 1950s and early 1960s including the mysterious Elio Capozzi who claimed to have driven Chariot human torpedoes against the British in WWII before working for Skorzeny after Italy went to shit.

As noted by Brigadier General Edwin H. Simmons, USMC, an expert on the DR’s military at the time, he described the force as such:

There was also a Foreign Legion of sorts, consisting of six light infantry battalions. Originally it was planned to recruit an anti-Communist legion amongst professionals in Europe. Instead of getting high-class freedom fighters what was recruited was low-class riff-raff of the Mediterranean. After a series of imprisonments, mutinies, and so forth, the ranks were filled up with Cuban émigrés and Dominican volunteers. Most of the Legion was kept up on the Haitian frontier.

Well, after the Navy fractured during the Dominican Civil War and U.S. busted in the door in the DR in 1965, (which left Capozzi in a grave, the Hombres Rana scattered, and the WWII-era fleet largely tied to their piers until they were sold off as scrap in the 1970s), the force entered doldrums.

Since 2000, however, the force has rebounded a bit with the donation of more “new to you” equipment including U.S. Navy ships and Coast Guard vessels, and has expanded their land forces to include a full Marine battalion, Amphibious Command (Comando Anfibio), and a reborn frogman corps (Comandos Navales/Fuerzas Especiales)– some of whom served in Iraq as part of the Spanish-speaking Plus Ultra Brigade, where they had some heavy contacts.

Here are some interesting pictures from this year’s annual military parades. 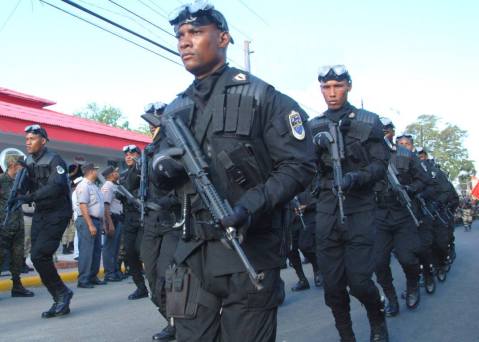 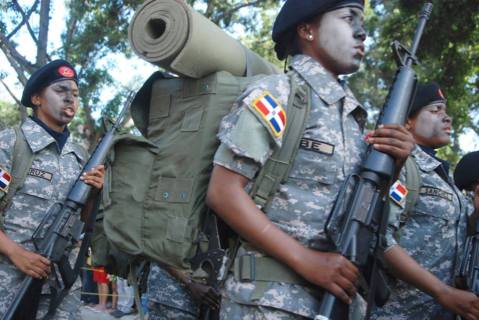 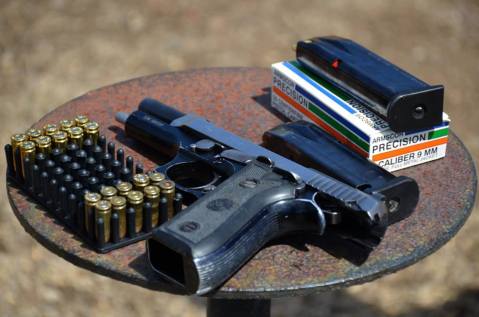 The official sidearm of the force is the Taurus PT99, a Brazilian near-clone of the Beretta 92. Note the Philippine-made ammo

Also, the DR picked up a bunch of surplus Mauser rifles from Brazil in the 1960s, but sold them as surplus some time in the late 1980s/early 1990s after reconditioning them. Details on said reconditioning here from Ian McCollum with Forgotten Weapons: