Rock Island Auction House has released some teaser information about their upcoming Premier Auction in May, and it has just about one of every full-auto or select-fire offering on your fave list.

While they do not have the full item descriptions listed yet, they have released some highlight images and what they show– besides the regular fare of 19th Century collectible lever guns and 18th Century dueling pistols– is a cornucopia of Title II/Class 3 items. Outside of the full Call of Duty collection, you aren’t going to find these guns in one place. There is even a Heckler & Koch HK21, a type I haven’t seen since I worked with NASA.

Among the neater pieces I saw was a Japanese Type 11 light machine gun– Kijirō Nambu’s take on the French 8mm Hotchkiss chambered in 6.5x50mm Arisaka. This particular piece was captured on Kwajalein Atoll in 1944 by the Recon troop of the 7th Cav. 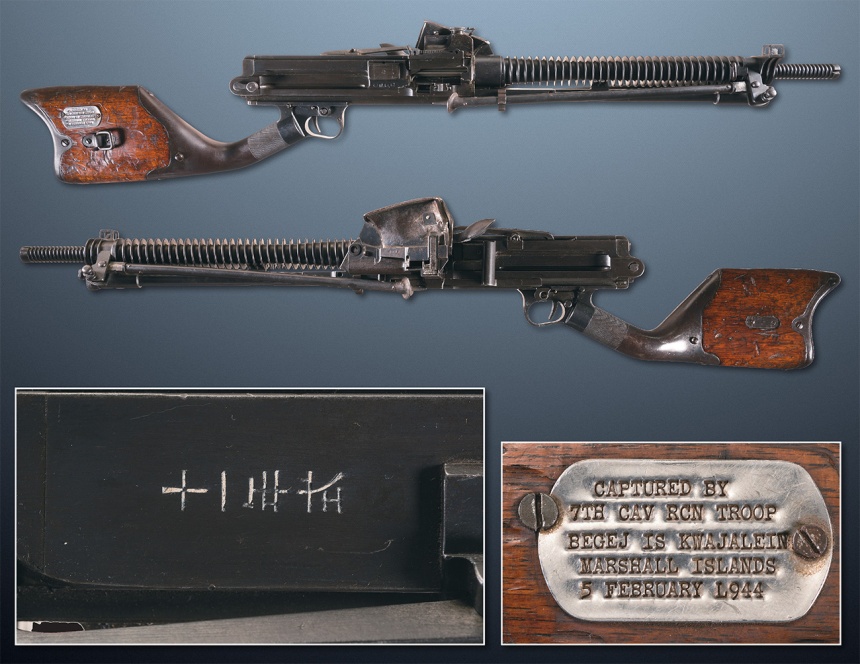 More (including a lot more photos) in my column at Guns.com