Kamas, Utah-based Dead Air has come in from the cold to bring a new user-configurable suppressor to the market that is thin enough to accommodate factory handgun sights. I give you, the Odessa 9: 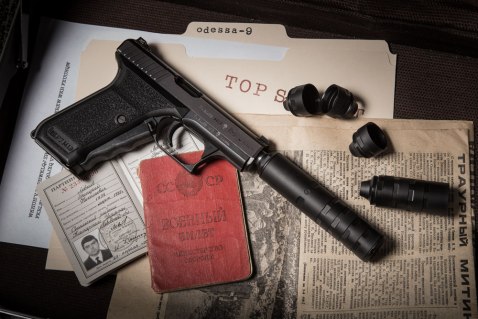 The 9mm suppressor uses a 1.1-inch tube to allow utilization of regular sights, rather than force the user to go without or install high-profile aftermarket sights or optics, and can be adjusted baffle-by-baffle from pill bottle size to a full-length can.