At first glance, this flyboy looks like he came standard issue in the U.S. Army Air Force’s 8th Air Force in the European Theatre of Operations in 1944. Then you notice the strange nose art motto on the side of his Jug. 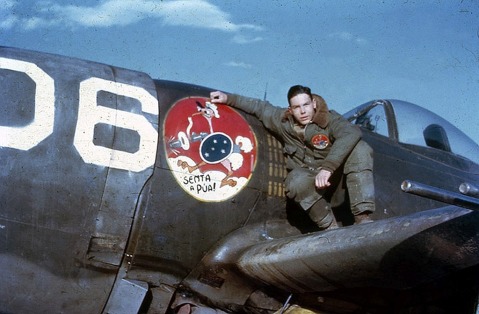 “Senta a pua!” was the motto of the 1° Grupo de Aviação de Caça or 1° GAvCa (1st Fighter Group) of the Força Aérea Brasileira (Brazilian Air Force) in Italy. 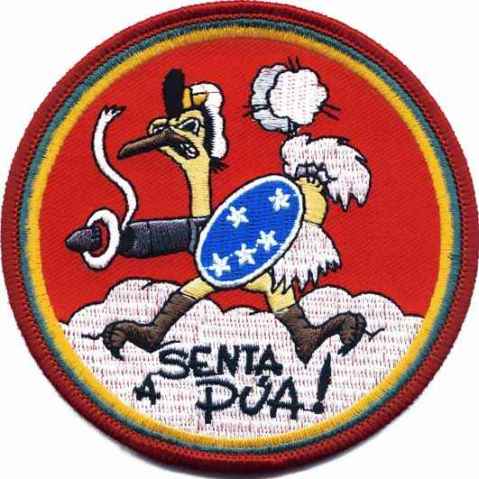 Meaning in essence “to launch yourself at the enemy with determination and destroy them,” it is part of the emblem of the Grupo which, equipped with Republic P-47D-25 Thunderbolt, fought in Italy as part of the USAAF’s 350th Fighter Group based first at Tarquinia and, afterward, at Pisa.

They currently fly F-5EM Tigers from Santa Cruz Air Force Base outside of Rio. 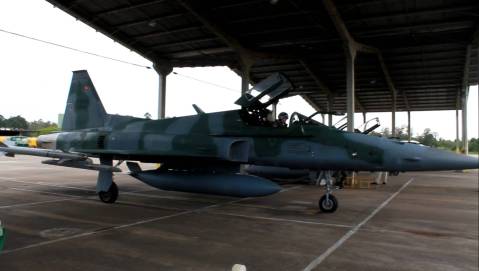