Posted on December 3, 2018 by laststandonzombieisland 2 comments

The Sikorsky S-61, best known as the iconic SH-3 Sea King, first flew on 11 March 1959. Besides its use as the U.S. Navy’s standard SAR and ASW helicopter until it was finally replaced by the SH60/MH-60 (although the Marines of HMX-1 still use it for Marine One duties), at least 15 countries flew the big Sea King. The Royal Navy finally put the bird to pasture in 2015, leaving Canada as one of the last front-line operators.

The Canadians picked up 41 early SH-3s in 1963 as kits assembled by United Aircraft of Canada as their primary ship-borne maritime helicopter and have kept them running for 55 years. The fleet has flown in excess of 550,000 combined hours which at cruising speed of an SH-3 is roughly equivalent to flying 7,200 times around the Earth, or the equivalent of the distance from Earth to Mars.

The Canadian Armed Forces gave a final salute to the type, which they term the CH-124, in a parade held last week at CFB Esquimalt in Victoria, B.C., flown by 443 Squadron, the last operational Sea King unit the country. 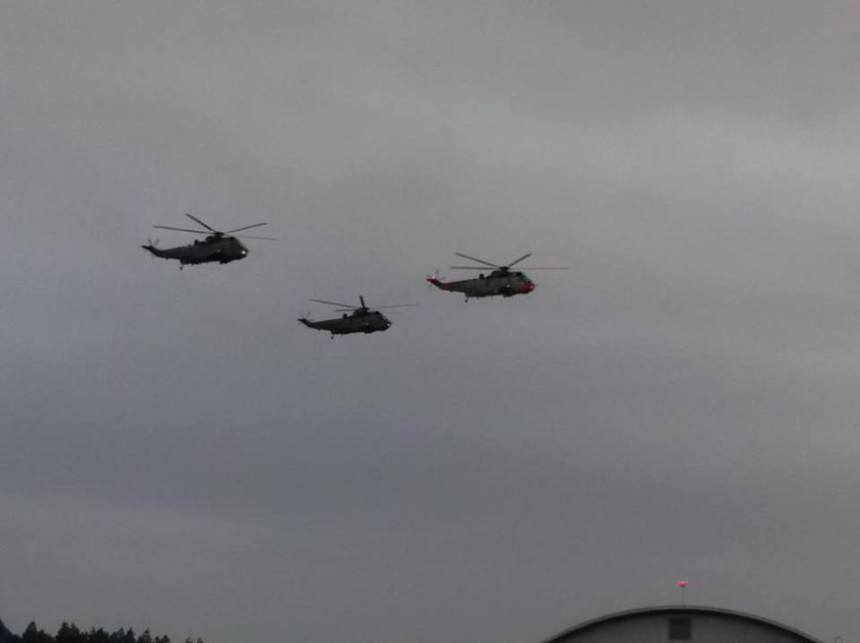 “The Royal Canadian Navy has been well served by the Sea King – our longest range weapon and sensor – for decades,” said VADM M. F. Ron Lloyd, Commander of the RCN. “It was an honour to fly with the crew of Black Horse, the helicopter deployed with HMCS St. John’s, during the Sea King’s last operational deployment supporting NATO assurance measures this summer. Canada’s Navy and the Royal Canadian Air Force continue to forge ahead with an exciting new chapter, marked by the first operational deployment of Avalanche, the Cyclone helicopter currently deployed on NATO operations with HMCS Ville de Quebec.”

The last overseas deployment for the Sea King came during the first half of 2018 aboard HMCS St. John’s as part of Operation Reassurance.