HMS Prince of Wales (R09), second of the UK’s Queen Elizabeth-class carriers maneuvered out of the basin at Rosyth Dockyard yesterday and into the Firth of Forth. From there, she will wait for the time when the tide is right to head out to the North Sea and begin her contractor sea trials. 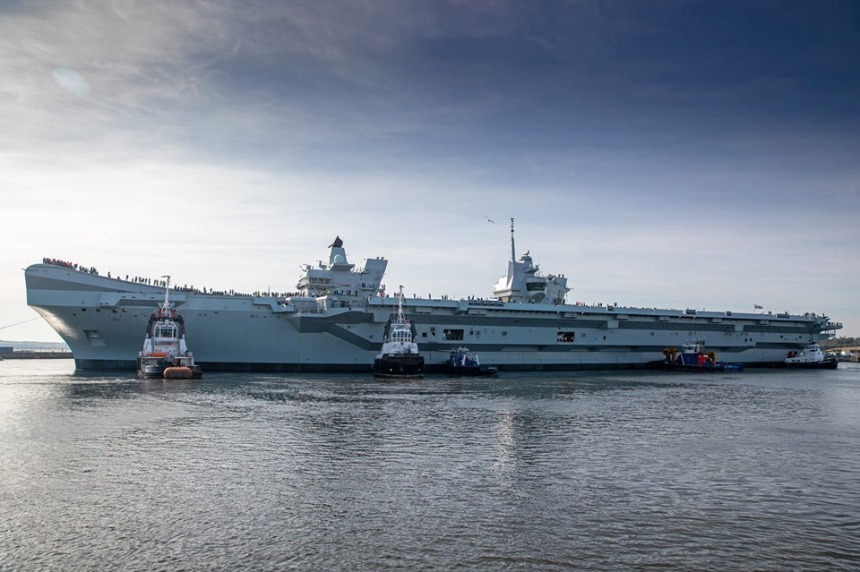 It will be the first time since 1941 that a British warship with the name has been at sea. Although the Royal Navy has previously used the moniker no less than six times going back to 1765, the last HMS Prince of Wales (53) was a King George V-class battleship that famously duked it out with SMS Bismarck, although still incomplete, only to be sunk by land-based Japanese bombers immediately after the attack on Pearl Harbor. 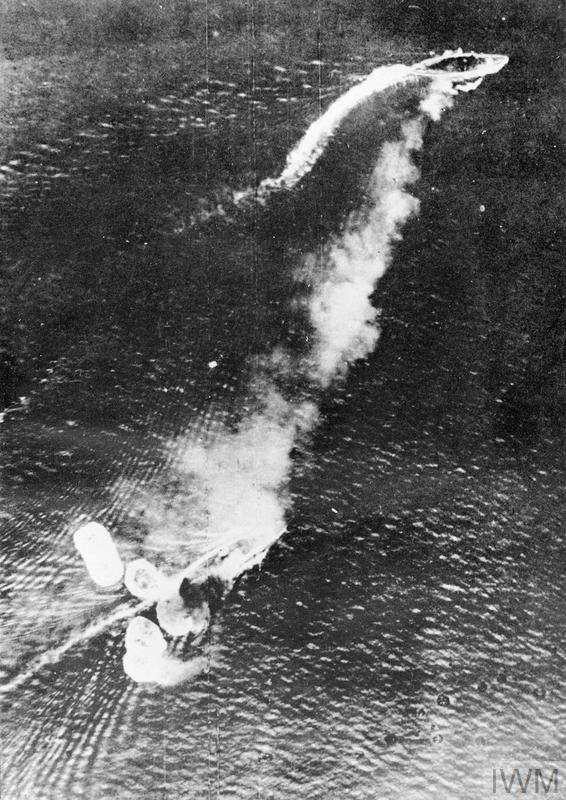 THE SINKING OF HMS REPULSE AND HMS PRINCE OF WALES, DECEMBER 1941 (HU 2763) A Japanese aerial photograph showing HMS PRINCE OF WALES (top) and HMS REPULSE during the early stages of the attack in which they were sunk. HMS REPULSE had just been hit for the first time (12.20 hours). Copyright: © IWM. Original Source: http://www.iwm.org.uk/collections/item/object/205022172

Let us hope the seventh Prince of Wales will see a much more happy career.

tagged with HMS Prince of Wales