Even the Mona Lisa has cracks in it

Portugal has a long and treasured military history. For more than 115 years the Portuguese Army (Exército Português) has issued German-made 9mm steel-framed pistols starting with the DWM Luger in 1906 and moving to the Walther P-38 after WWII. 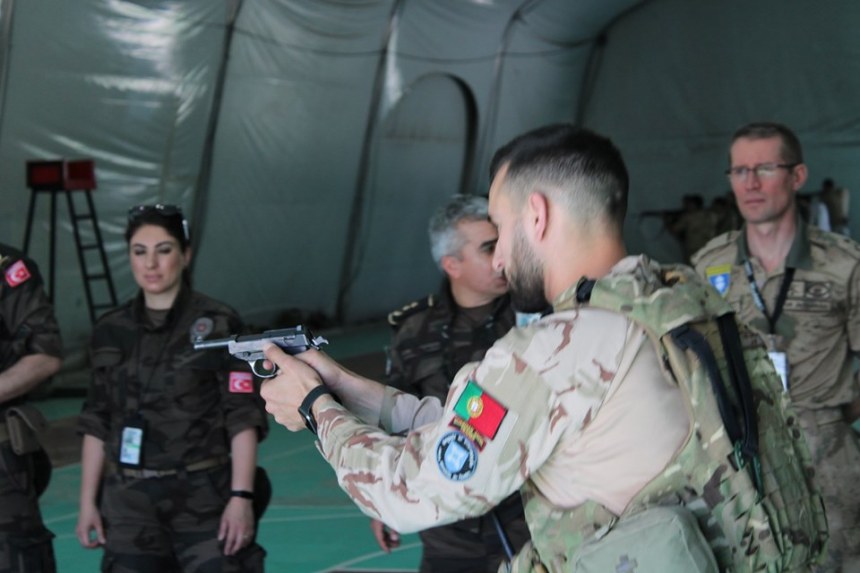 Dubbed the M1961, the single stack P38 saw lots of service in places like Angola and Mozambique during the African bush wars of the 1960s and 70s, and still equips soldados in Afghanistan and Mali today.

Now, at the end of an era, Lisbon has gone Glock, adopting the Austrian-made polymer-framed G17. The model selected by the Portuguese Army, a Gen 5 variant, includes several features from the G19X such as a Coyote Tan scheme, night sights, and lanyard ring.