You almost get a sense of storm clouds on the horizon here in this beautiful image of a “treaty cruiser,” USS Indianapolis (CA-35) at the New York Shipbuilding Corporation, 7 November 1931, her launch day. 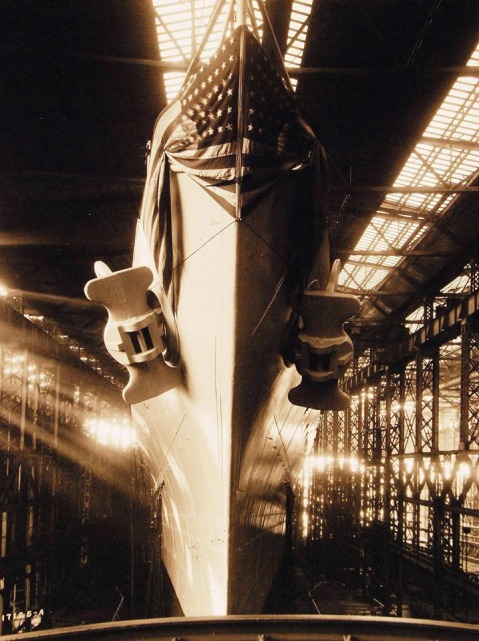