Anyone watching the BBC’s new War of the Worlds?

While the H.G. Wells classic was set in his contemporary 1897 and included a great scene with the fictitious Royal Navy torpedo ram HMS Thunder Child (probably loosely inspired on the experimental c. 1881 torpedo ram HMS Polyphemus), such a vessel is largely left out of subsequent period retellings– a pity. 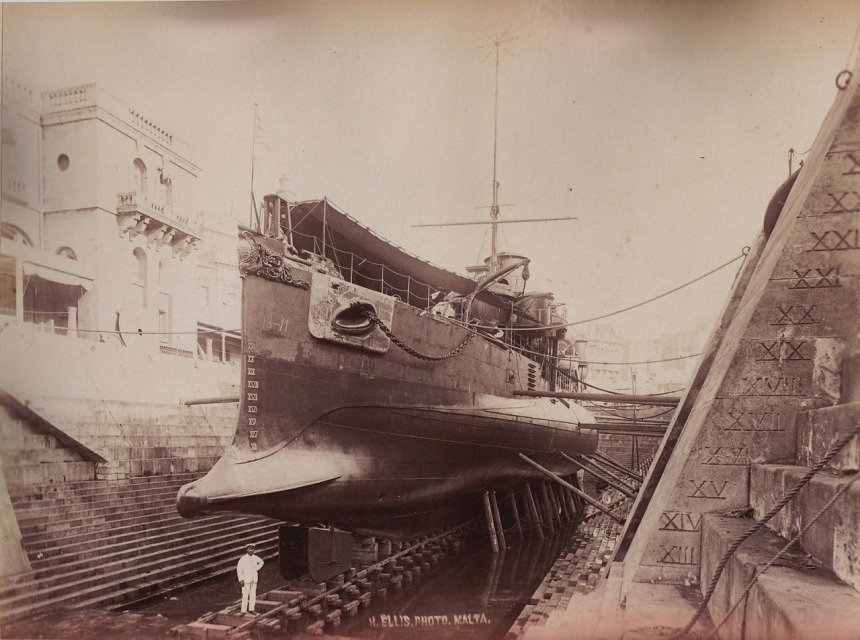 HMS Polyphemus in a Malta Dockyard, 1881. As the only torpedo ram to serve in the Royal Navy note war of worlds

Well the new WotW is set in 1905, and judging from the below clip, it seems like the RN is well-represented.

In this screencap, it looks like a Majestic or Canopus-class battleship shows up and splashes a tripod with a direct hit from her forward BL 12 in/35-caliber Mk VIII guns.

Compare to HMS Glory, a Canopus commissioned in 1900.

Perhaps Dreadnought herself will show up later and turn the tide…perhaps that’s why the Martians popped up the year before she was commissioned to strike before such a warship took to the seas.