Posted on February 1, 2020 by laststandonzombieisland 4 comments 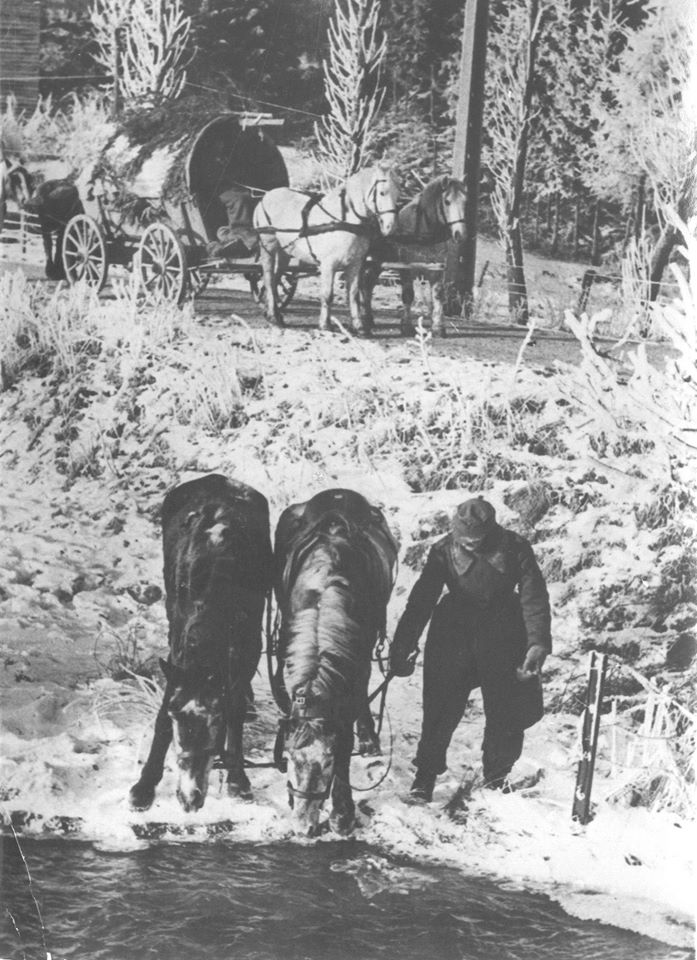 German supply train taking a break to water the draught horses in a nearby river, WWII

Whenever I see images like these, of German soldiers leading horses in WWII, I think of my maternal great grandfather, Wilhelm Otto Gelhaar.

Born around 1894 in the haunted Harz mountains area of Central Germany near the city of Halberstadt, as a young man and (according to family legend) a good horseman, instead of being drafted to the infantry he volunteered for service in the “local” unit, Kürassier-Regiment von Seydlitz (4. Magdeburgisches) Nr.7 just before what was to be the Great War.

Lanzenübungen, 7. Kürassier-Regiment Von Seydlitz, in training with lances vs infantry, circa 1890s

Dating back to 1815, the Seydlitzkürassiere was a dashing if somewhat provincial unit of the Prussian army that nonetheless struck up an excellent martial appearance.

German cavalryman on the Eastern Front, 1914.

Serving first on the Western front (Aug-Nov 1914), then the Eastern front (Nov. 1914-Dec 1917) and back to the West, where they lost their horses and finished the war as ersatz infantry of sorts, the regiment was spared total annihilation.

When the guns fell silent in November 1918, the unit was shipped back to their (now historic) kürassierkaserne at Quedlinburg where, out of work and eager (pardon the pun) for a purpose, Wilhelm threw in his lot with a group of NCOs and officers of the regiment and set out for the Baltics, where they fought with German freebooters against the Soviet Red Army and local Estonian/Lithuanian/Latvian independence groups.

When the dozens of German Freikorps units were forced out of business in the Baltics by around 1920, again unemployed Wilhelm returned back home to the Harz mountains with a young White Russian exile wife in tow, Maria Novas (Nowass), who, according again to family lore, had lost her Russian privileges as she came from a pro-monarchist Cossack family.

With the Seydlitzkürassiere disbanded and few jobs in Weimar Germany, Wilhelm would subsist as a market hunter (berufsjäger) and later eventually use his old Army connections to pull down a full-time position as a game warden/gamekeeper (wildhüter/Jagdaufseher) in nearby Wernigerode, which he held throughout the 1920s and 30s, as his family, to include my grandmother and my great aunts and uncles, expanded.

While hyperinflation meant that his salary was effectively worthless, he was at least able to feed his family through catching poachers and impounding their ill-gotten game, which made the job more valuable than it seemed. Maria, a sturdy woman who was good with a double rifle, also helped fill the pot when needed.

When war came again, Wilhelm would be pulled back into service, well into his 40s. While too old for the cavalry, he was assigned to horse-drawn quartermaster units and by 1942 was again in Russia.

The German Army, depending on the period, would field between 500,000 and 2 million horses at any given time during WWII. Every time I see one of these images, I think of my great-grandfather

Captured in 1943 on the periphery of the Stalingrad campaign, his family received a letter saying he was Vermisst–missing in action– and they, after time passed, slowly gave up on the prospect that he would ever return. 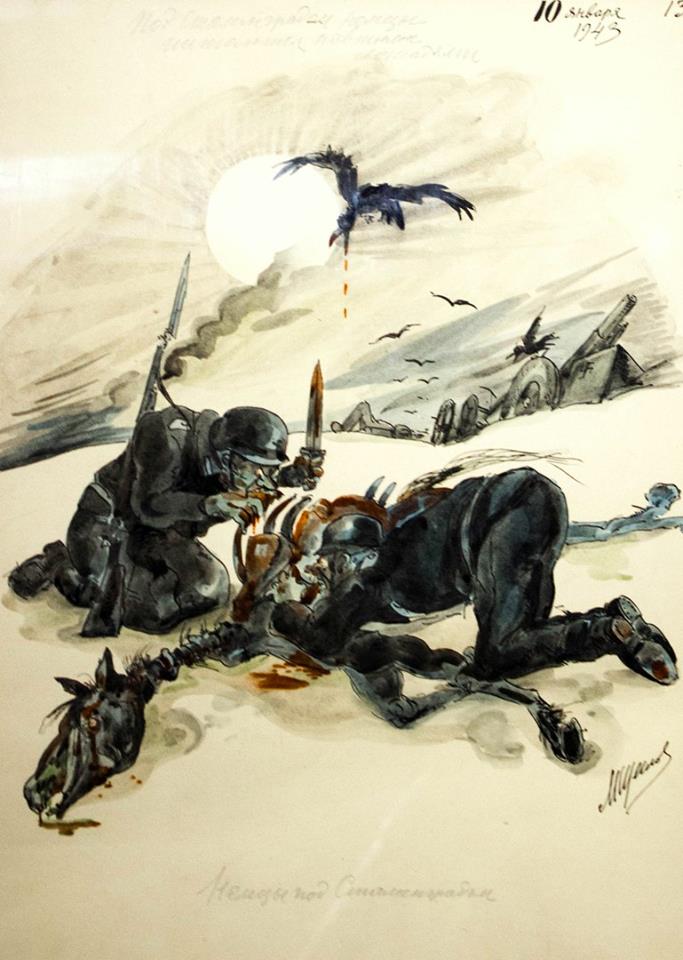 “The Germans at Stalingrad,1943” by Soviet artist M.M. Sheglov

Meanwhile, Wernigerode was occupied by the Soviets in 1945, a force that never really left until 1990. In the darkest days of the Red occupation, my great-grandmother’s knowledge of Russian enabled her to keep her family intact and survive, although she had to sacrifice many of the family’s possessions– such as Wilhelm’s Great War and Jägerschaft medals along with the family gun collection and her own meager silver service– to local commissars and inspecting frontoviks. Two of Maria and Wilhelm’s sons would return from POW camps in the West in 1946. A widow, she would remarry several years later.

Then, one day in 1953, Wilhelm Gelhaar knocked on the door of his family’s home in Wernigerode, more than a decade after he left for the Ostfront– only to be greeted by his wife’s new husband.

It turned out, being a country boy good with horses and girded with the ability to speak pidgin Russian had kept him alive in his time in Siberia until, like thousands of other Germans who disappeared East during WWII, he was finally paroled after Stalin’s death. One family story was that, as his unit was close to falling into Soviet hands, his commanding officer ordered him to shoot the remaining horses under his control. Instead, he set them loose and surrendered.

A man of peculiar fortitude, Wilhelm arranged to move into the house directly across the street to remain close to his family and remain there until he died in the early 1970s. Word is, he would often be seen sitting in his yard, smoking a pipe, and waving as they came and went.