When you want to cram an M4 into an ejection seat

The U.S. Air Force has released some more details about their very neat GAU-5A Aircrew Self Defense Weapon. Fundamentally, it is an M4 with a folding pistol grip and quick-detach barrel/handguard that takes down and stows, with four mags, into a 16 x 14 x 3.5-inch ejection seat compartment. 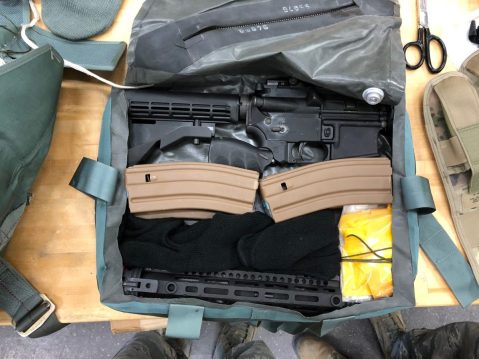