From Mississippi to Burg-Hohenzollern, 35 Years Ago 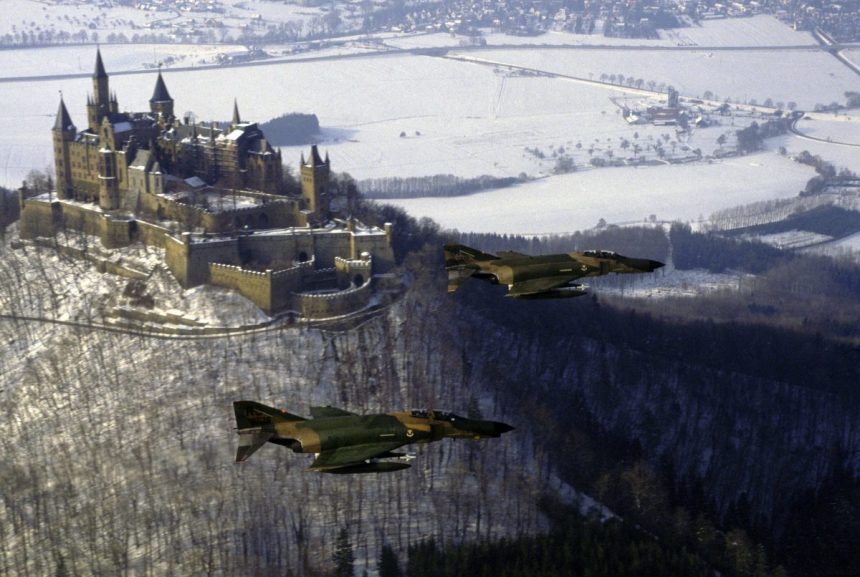 An additional photo from the same shoot shows the Phantoms to be air-to-air heavy with four AIM-7 Sparrows and four AIM-9 Sidewinders. 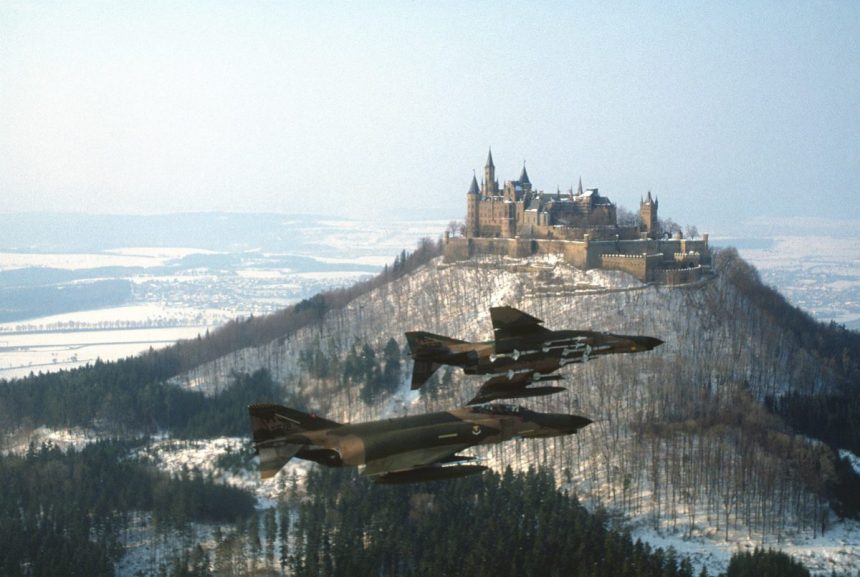 The 526th TFS was formed in 1942 at Key Field in Mississippi and flew A-24 Banshees in North Africa before switching to P-47s for the Italian campaign. Upgrading to F-84s and later F-102s in the 1950s and 60s, they chopped to Phantoms in 1968. Based at Ramstein from 1952 through 1994, they missed out on Korea and Vietnam but were very active in the Cold War, often coming close to interloping Warsaw Pact MiGs during times of tension. They hung up their follow-on F-16s and inactivated in 1994.

Likewise, the 512th started at Key Field and flew P-47s in the ETO, being very active in smashing up the Germans in the tail-end of the Battle of the Bulge. After spending the 1950s and 60s flying F-84s and F-86s CONUS, they switched to Phantoms and headed to West Germany in 1976. They inactivated on 1 October 1994, their personnel and F-16s heading to Aviano.

Burg-Hohenzollern is, of course, still there.