Sortie of the Gunboat Submarines

From the very first U.S. Naval submarine commissioned, USS Holland (SS-1)— which was designed with a “dynamite cannon” in addition to her torpedo tube– American subs have tended to tote around some sort of gun to either make short work of small craft or at least fire the literal “shot across the bow” to make a vessel heave to.

Sure, there have been some classes that didn’t mount a piece on the roof, and since the end of Vietnam when the final WWII-era diesel fleet boats were withdrawn, about the biggest piece of artillery available to a surfaced U.S. submarine is a 5.56mm light machine gun, but in between you had everything from 3-inchers to 6-inchers carried. 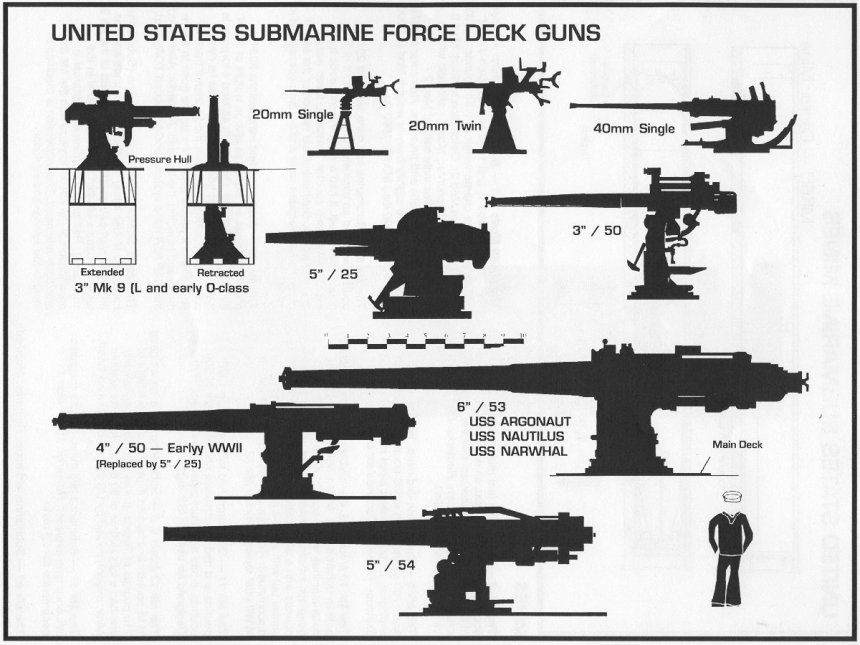 Perhaps the pinnacle of gun-armed U.S. submarine surface actions was the cruise of “Latta’s Lancers,” under CDR Frank D. Latta aboard his flagship boat USS Lagarto (SS-371) some 75 years ago last month. 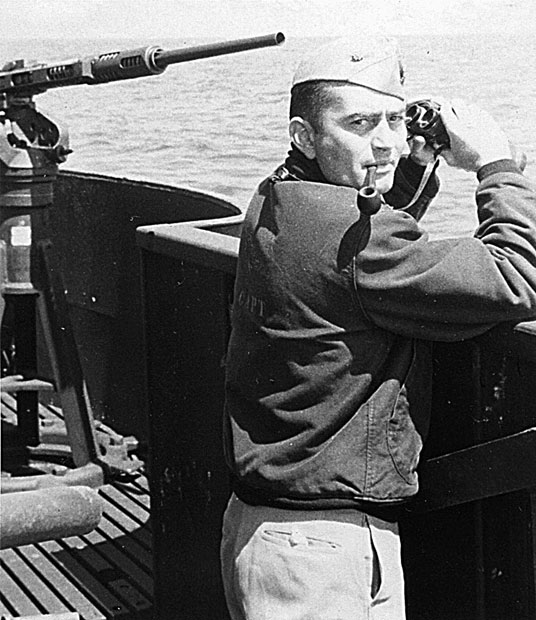 Lagarto, a Balao-class boat commissioned in late 1944, was given a very gun-heavy suite to include a pair of 5″/25 caliber Mark 40 wet mounts as well as two 40mm/60 Bofors singles augmented with eight .50-cal M2 pintels.

The Mark 40 was an interesting piece, weighing as much as a smaller 3-incher, but packing much more punch. Further, it could be put into action within a minute of surfacing. 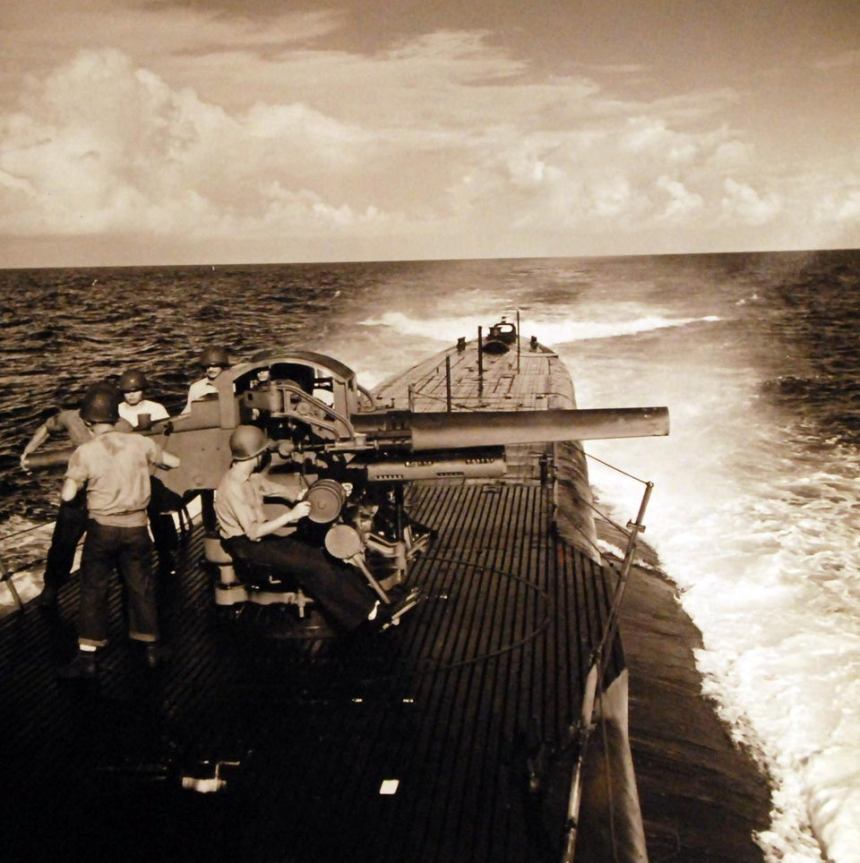 USS Sea Dog (SS-401) with 5″/25 deck gun in action, as the submarine operates near Guam, preparing for her final war patrol into the Sea of Japan, circa mid or late May 1945.

The Mark 40. With a weight of 7-tons, a trained crew could make one of these stubby boys sing at about 15 rounds per minute– provided the shells could be hustled up the hatch from below at a fast enough rate. 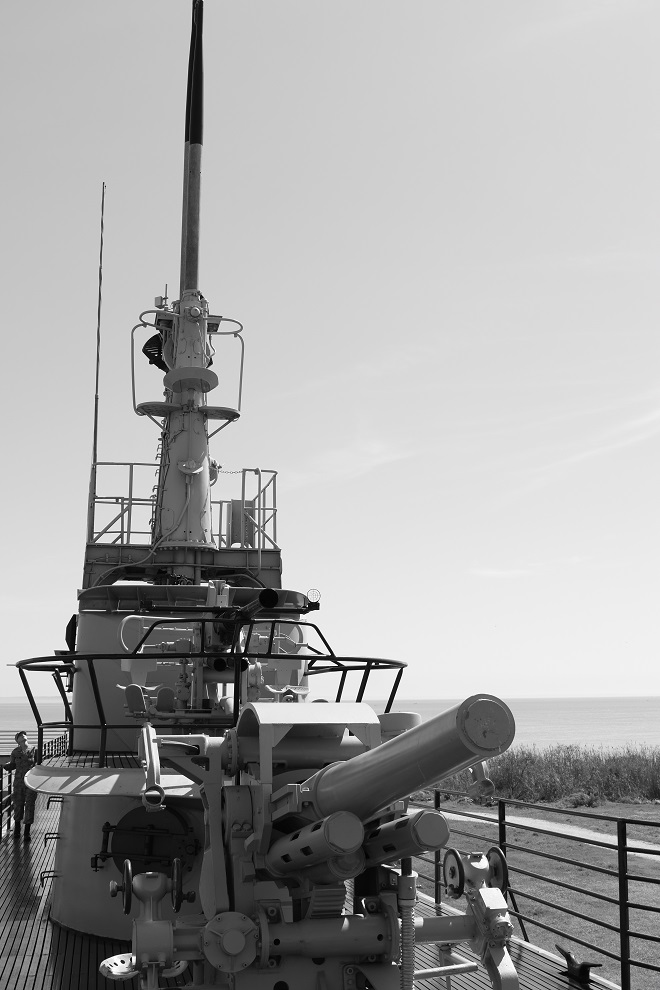 A Mark 40 preserved today on the USS Drum, sistership to Lagarto. These guns had a maximum range of 14,200 yards.

The goal was a diversion intended to lure early warning craft some 200 miles away from the track of carrier air strikes against Tokyo.

Surfacing in the predawn hours of 13 February 1945 and using their SJ surface radars to track a set of small Japanese trawlers-turned-gunboats that they dutifully opened fire on– and allowed said trawlers to transmit a warning back to Tokyo– before the subs sank same. The prey was no mighty craft, Kotoshiro Maru No.8 (109 tons) and Showa Maru No.3 (76 tons), but the mission was accomplished.

Later that night, around 2200, the Lancers began stalking two more auxiliary patrol boats and were able to engage the pair in the dark hours of 14 February. That action left the Kanno Maru No.3 (98 tons) damaged and Sennet with a number of holes in her sail. In the end, all three subs were out of 5-incher shells, leaving the trio to finish their patrols separately and through the use of torpedos.

Haddock would successfully return to port, then spent the rest of the war on lifeguard station near Tokyo, standing by to rescue downed airmen after raids on Japanese cities. Used as a reserve boat off and on after the conflict, she was sold for scrap in 1960.

Sadly, Lagarto would be sunk on her 2nd patrol by the Japanese net layer Hatsutaka on 3 May 1945, in the South China Sea, with all hands lost. This included CDR Latta, who sailed his boat to join the flotilla of 51 other American submarines on Eternal Patrol in WWII.

She has been visited several times since, and her twin 5″ guns helped in her identification. 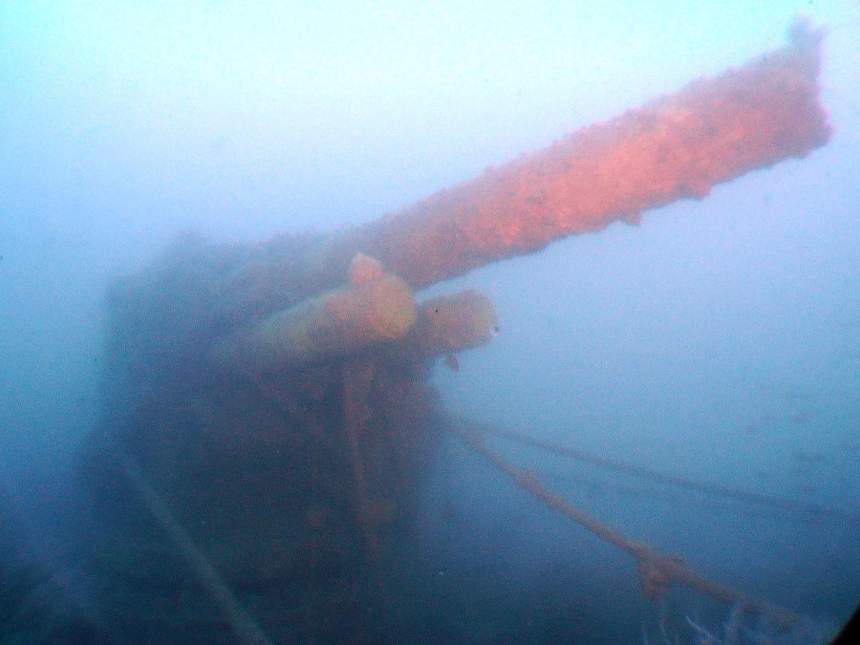