Samuel Colt launched his revolutionary revolver business in 1835 but within a decade started to see his products increasingly knocked off and the brand diluted by counterfeit and very much unlicensed clones.

Colt’s solution to helping make said cloning harder to pull off successfully was to introduce a series of scrollwork to his revolvers, specifically around the cylinder. His Model 1851, for example, had a naval scene. 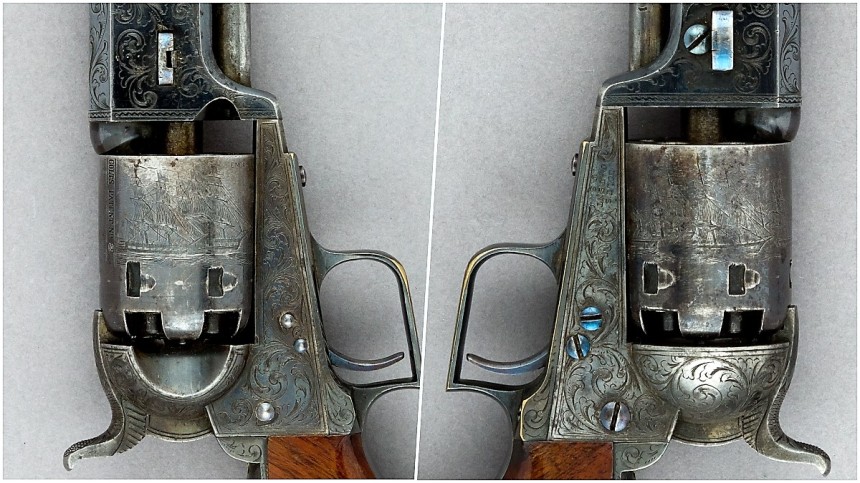 Detail of Colt Model 1851, Serial No. 2, in the collection of the Met, note the naval combat scene on the cylinder. Some 215,348 Colt Navy models were produced. (Photo: The Met/Open Access Image)

But what naval scene was it?