Why, hello there, Mr. Browning

Of note, the Greek tin can has a WWII-era Browning M1919 light machine gun mounted just off the bridge wing. 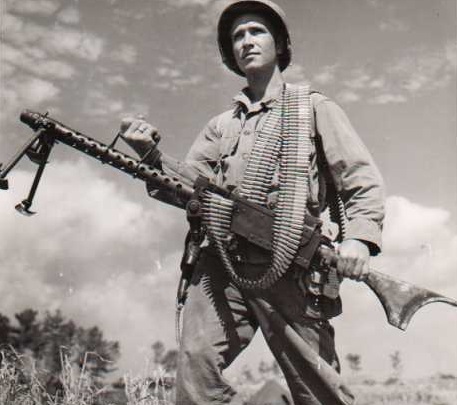 The “light” M1919A6 was 32.5 to 35 pounds depending on setup…but it was better than either the previously-issued Benet Mercie or the Chauchat. The model installed on the Greek frigate looks like pintle mounted M1919A4 models

However, it looks like the old air-cooled .30-caliber Browning is still around in the Navy.