Col. Jimmy Doolittle’s Raiders had a famed “Thirty Seconds over Tokyo” in 1942 when his 16 U.S. Army Air Force B-25 medium bombers were carried to within 600 miles of the Japanese Home Islands by the carrier USS Hornet (CV-8). When asked where the bombers came from, FDR laughed to the press and said “Shangra-La,” after the mythical Himalayan city. 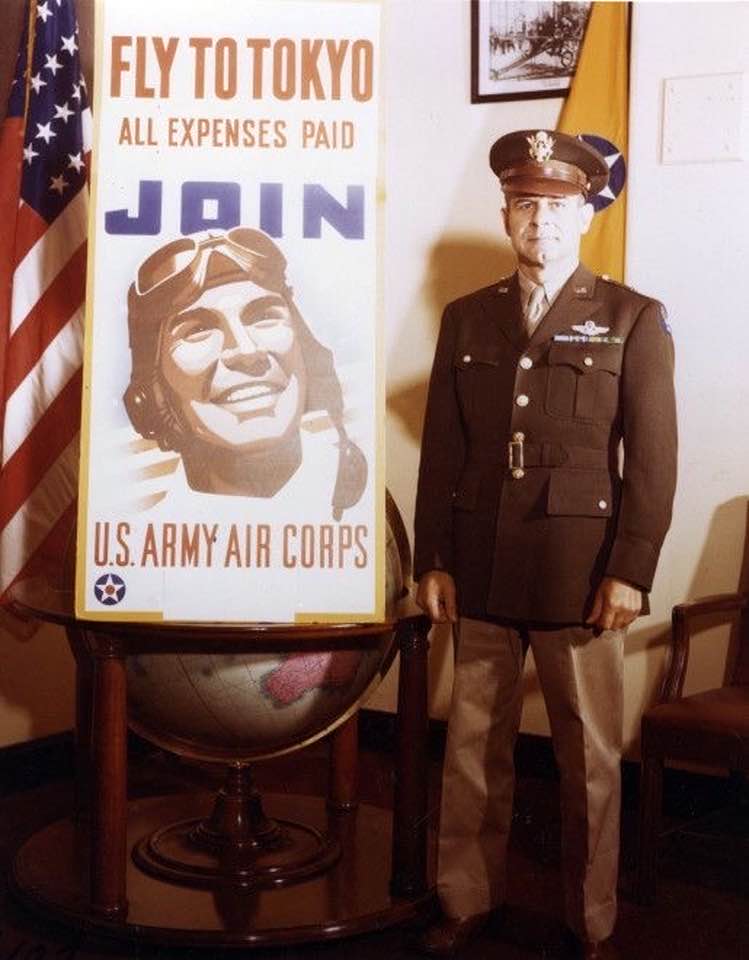 Doolittle, who only narrowly avoided Japanese capture and managed to return to the U.S. after a stint on the ground with Chinese forces, would later play up the raid with a recruiting campaign that promised budding pilots a chance to “Fly to Tokyo, all expenses paid.”

Fast forward just 40 months, and everything had come full circle. 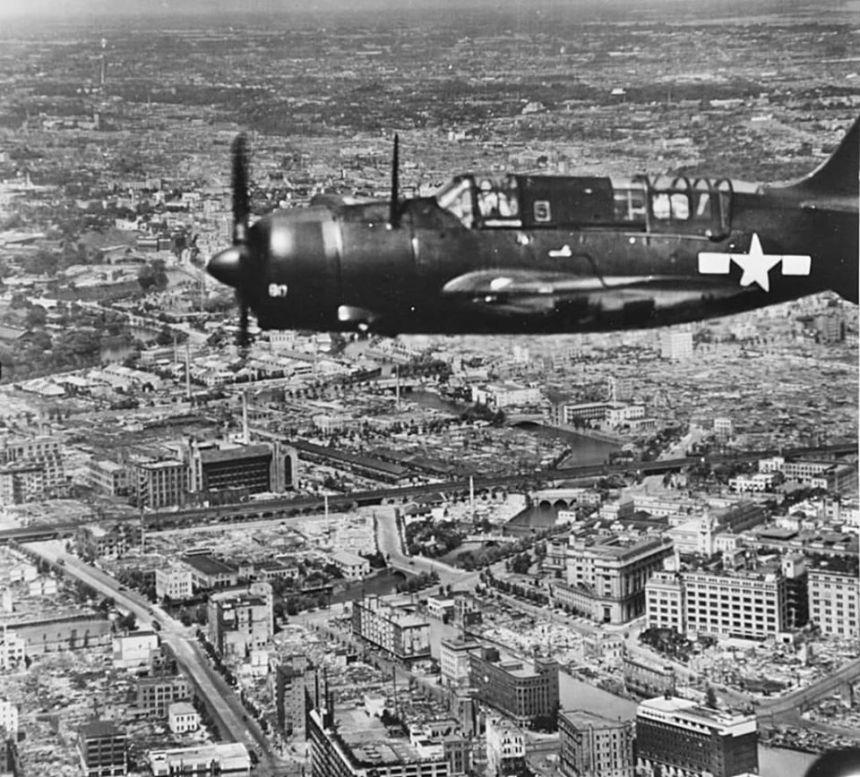 Official U.S. Navy Photograph, now in the collections of the National Archives