Posted on October 17, 2020 by laststandonzombieisland 2 comments

Here we see a Kodachrome of the sole surviving Yorktown-class carrier to make it out of WWII, USS Enterprise (CV-6), being pushed by tugboats, New York, 17 October 1945. 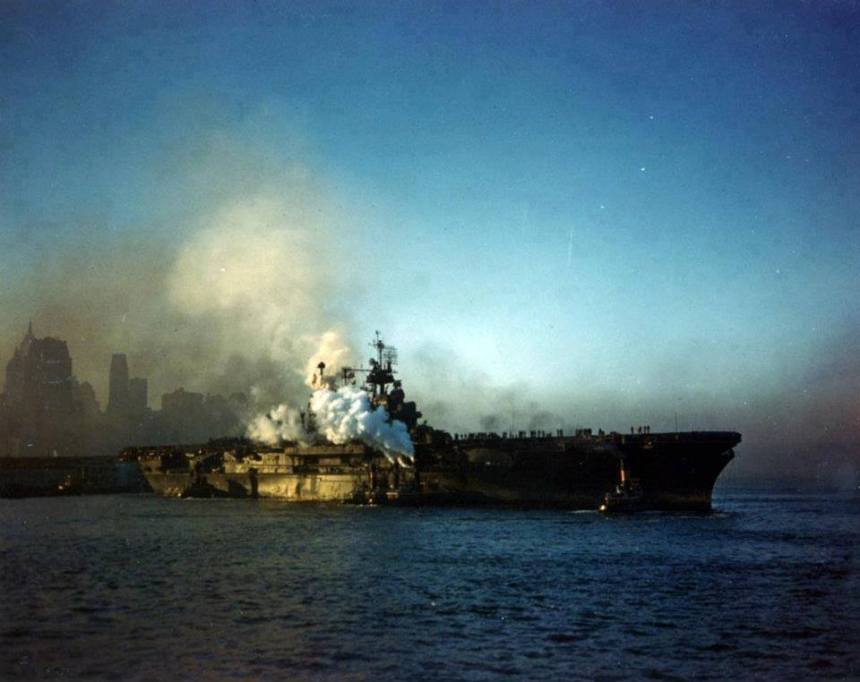 The 7th U.S. Navy ship to bear the name, Enterprise was present and in the thick of it at Midway, the Battle of the Eastern Solomons, the Santa Cruz Islands, Guadalcanal, the Battle of the Philippine Sea and the Leyte Gulf, winning 20 battlestars the hard way. From the period between USS Wasp‘s sinking on 15 September 1942 and USS Essex‘s entrance to the Pacific after rushed builder’s trials in May 1943, she and Saratoga, which earned 8 battlestars, were the only U.S. fleet carriers in the Pacific.

Decommissioned 17 February 1947, the Big E was scrapped in 1958 though remnants have of her have remained aboard both the 8th Enterprise (CVN-65) and the newest to carry the name, CVN-80.