As part of the so-called Black Reichswehr, the off-the-books shadow military effort during the Weimar Republic, the Germans frequently sat in on Soviet military operations in the late 1920s and early 1930s. Great War fighter ace Hermann Goring observed Russian paratrooper demonstrations several times in that period– the first in the world.

Headed back to Germany, he formed a platoon-sized group of budding paratroops from among Prussian police in the Berlin-based Polizeiabteilung Wecke and by October 1936 was arranging his own demonstration jumps to encourage enough volunteers to form an airborne Fallschirmschützen (Parachute rifle) company and later a Fallschirmjaeger battalion, which went on to be 1. Fallschirmjäger Regiment (I/FJR 1). Within two years, he had two official battalions of Fallschirmtruppen in his Luftwaffe.

While the Russkis were the first to make combat jumps– dropping small teams into Finland as early as November 1939 during the Winter War, the Germans soon caught up and 1/FJR 1 jumped into Dombas, Norway to cut a road the following April while 3/FJR 1 would simultaneously capture the key Royal Norwegian Air Force field at Stavanger and 4/FJR 1 went on at the same time to key targets in Denmark. 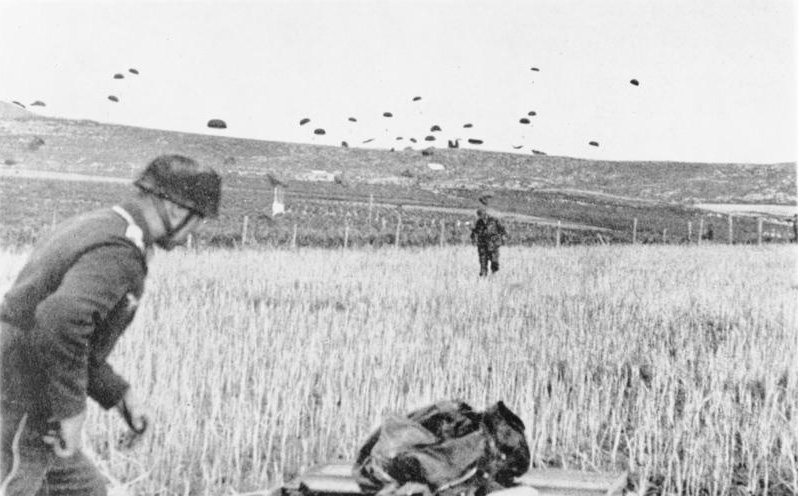 Then of course came Belgium. Holland, Greece, Crete, etc at al. ending the war with a full-fledged albeit not fully capable “paratrooper army.” (1. Fallschirm-Armee).

Once the Western Allies reformed the West German military in 1955 and the Warsaw Pact did the same for the East Germans, the respective Bundeswehr and Nationale Volksarmee christened new airborne units– on opposite sides of the Iron Curtain. 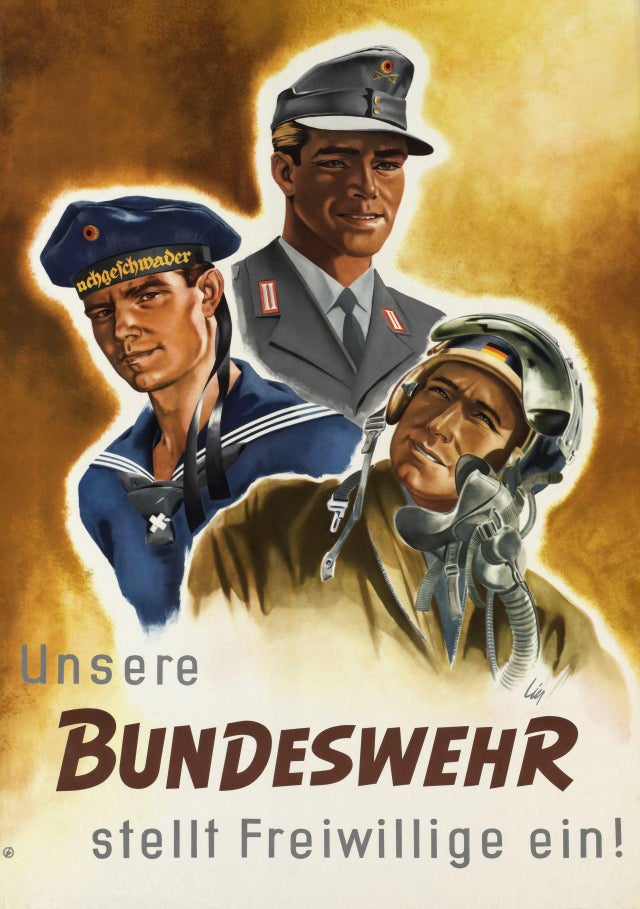 Our Bundeswehr is Hiring Volunteers, West Germany, circa 1955