Ford Gets a Shock

Posted on June 21, 2021 by laststandonzombieisland 2 comments

The world’s largest warship and the lead ship of her class, the supercarrier USS Gerald R. Ford (CVN 78) has been getting rocked by underwater explosions in Full Ship Shock Trials while underway in the Atlantic Ocean. It makes for some impressive images. 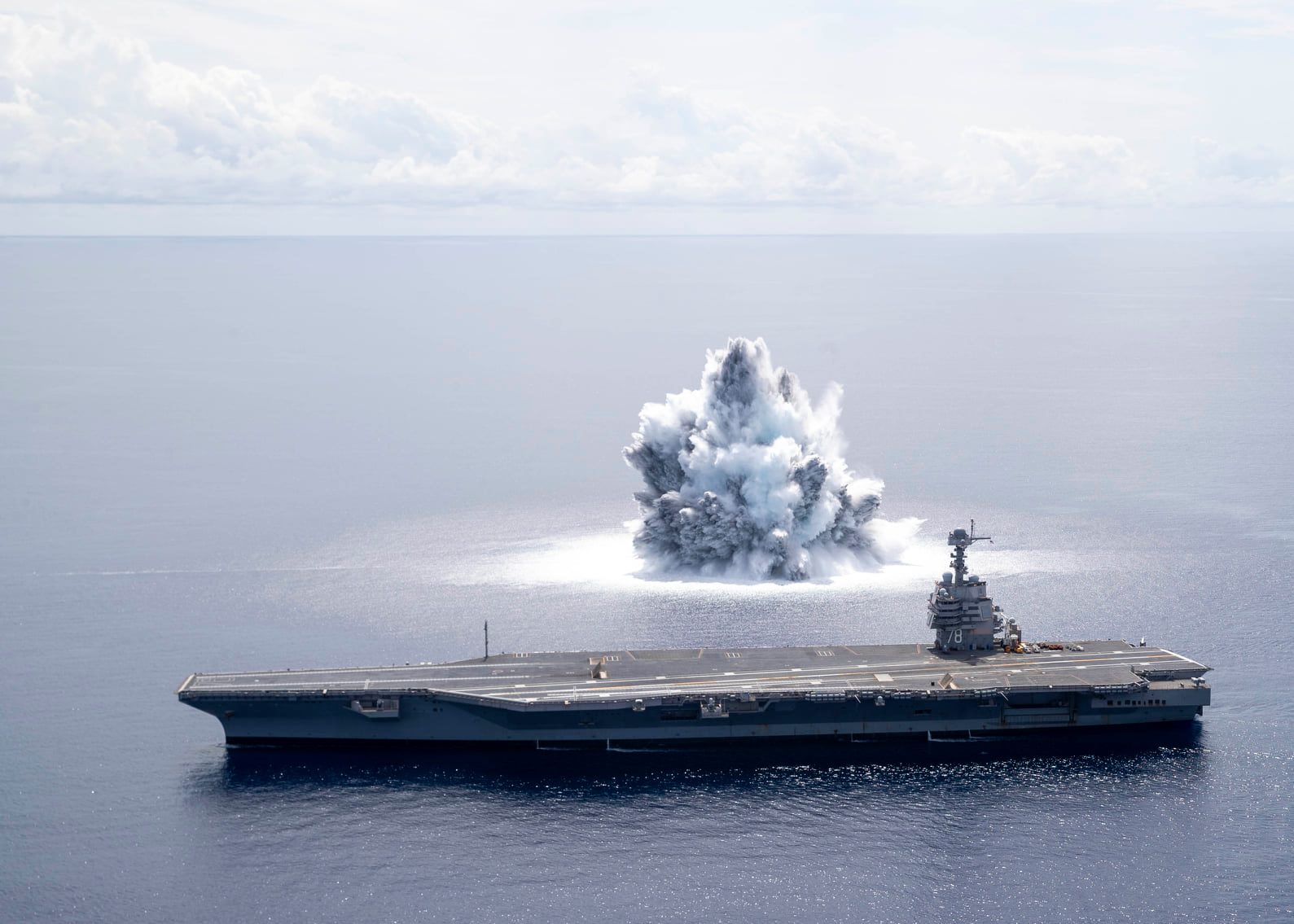 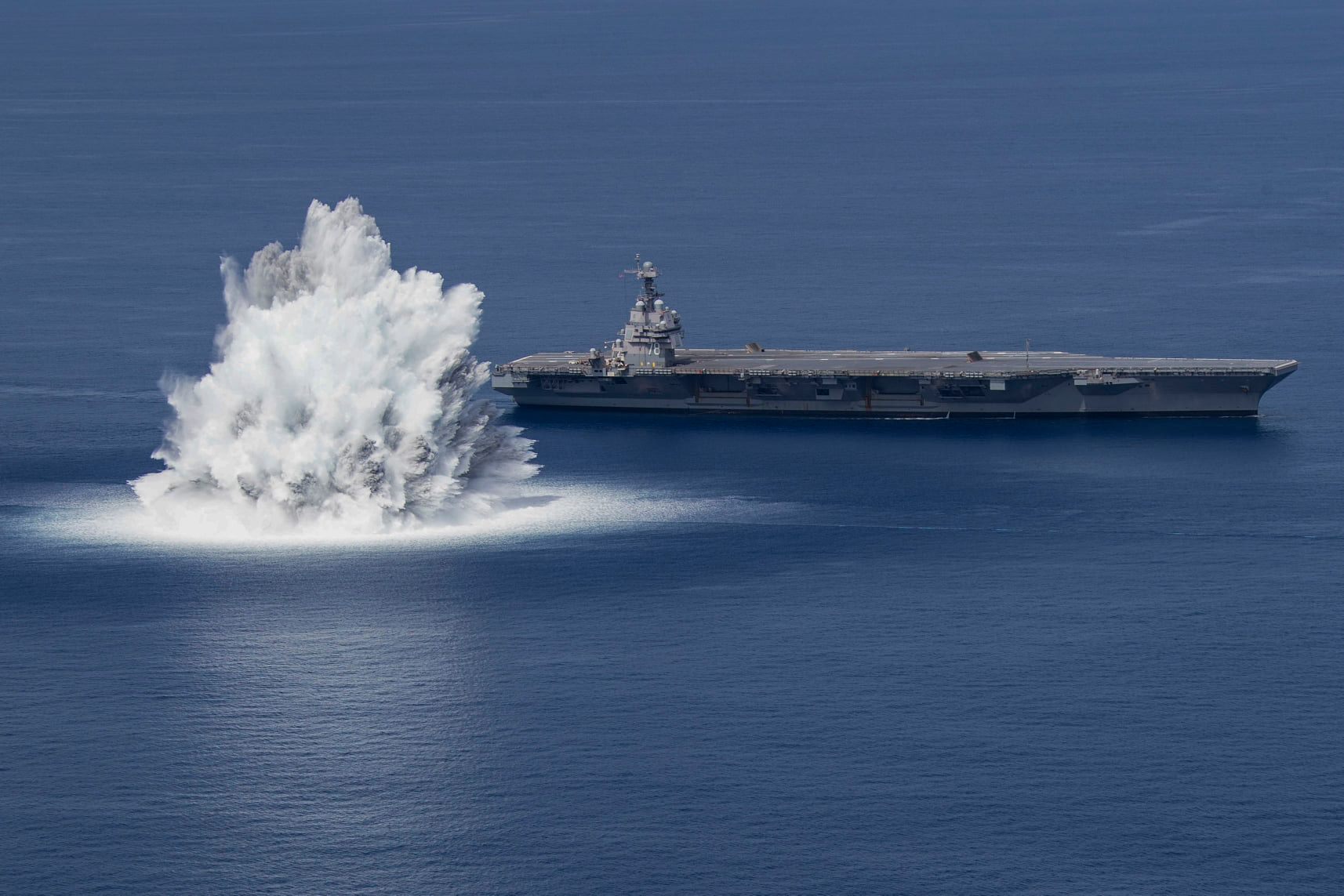 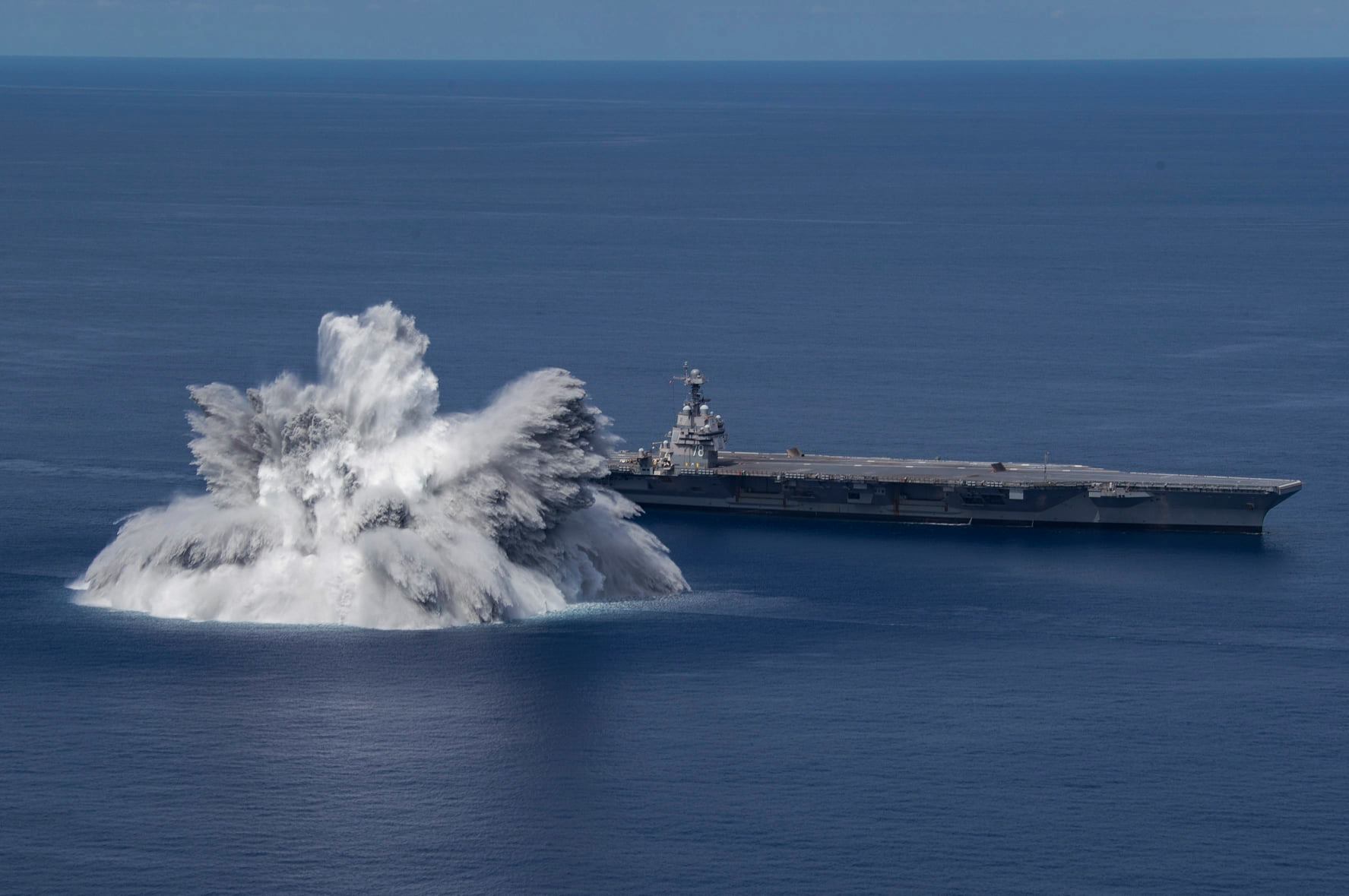 Taking place some 100 miles off the Florida coast just before 4 p.m. Friday, according to the U.S. Geological Survey the blast hit the scales there as a 3.9 magnitude earthquake.

Laid down in 2009 after four years of pre-production, Ford commissioned 22 July 2017, two months after she was delivered, and has been undergoing trials, tests, and refits for the past four years.

The Navy hopes she will be ready to deploy in 2023.