Gurkhas on the Sharp End

The British Army’s Nepalese Gurkhas have been putting it on the line for the Crown going back to an agreement with the circa 1815 East India Company. 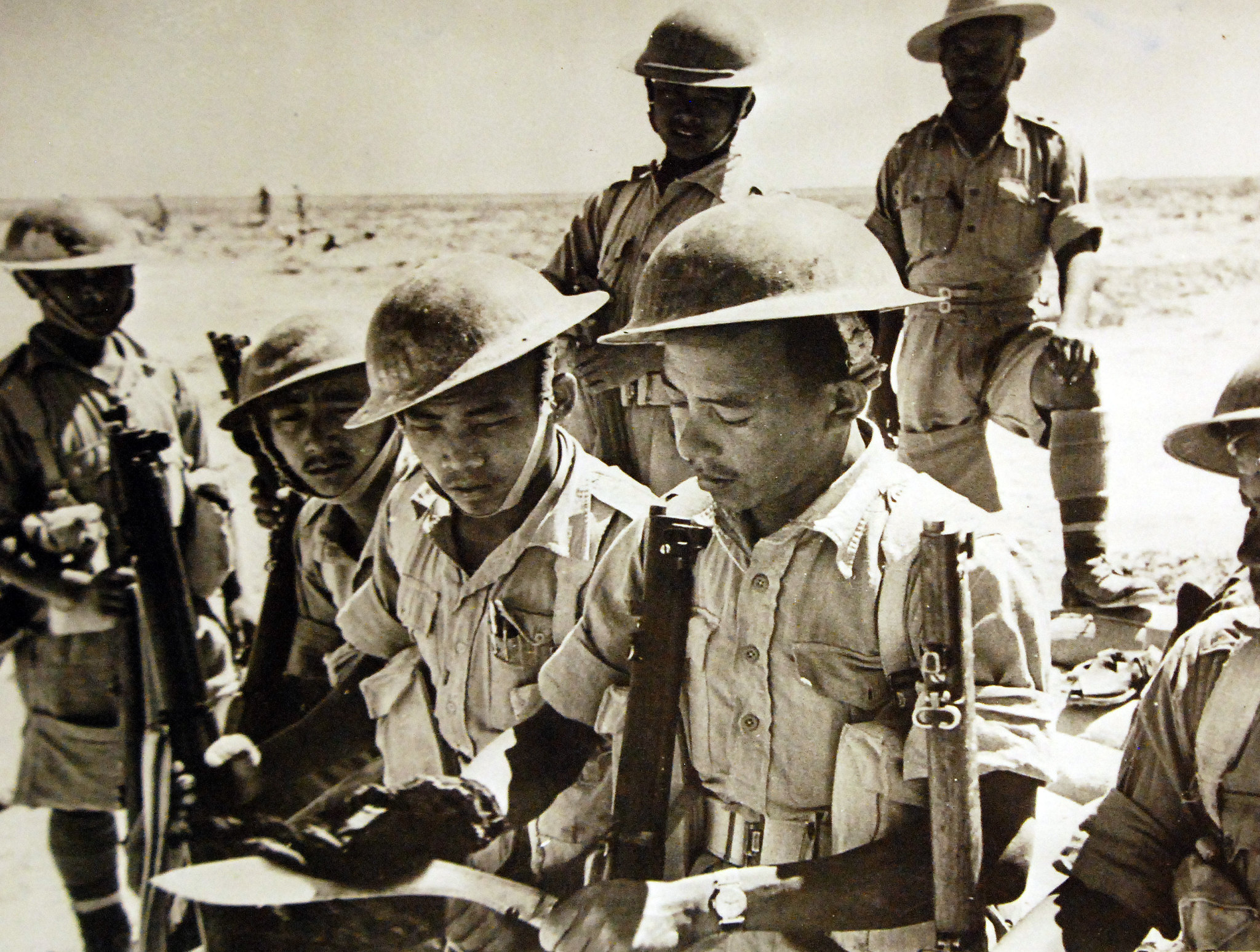 Gurkhas in the Western Desert, July 1942 cleaning their iconic kukri. Note their Enfield No IIIs, Brodie helmets, and shorts. Note the distinctive Terai slouch hat on the Gurkha standing to the rear, a piece of kit the soldiers still wear today.

Growing to a force of 10 two-battalion regiments by WWII, after India became independent in 1947 the British retained four regiments by agreement that, in 1994, were all amalgamated into the Royal Gurkha Rifles, which form the bulk of today’s 3,600-man Brigade of Gurkhas.

And they have been busy since the thawing of the Cold War. To commemorate the 19 men killed while serving in the Brigade since 1999, Gurkha Company Catterick earlier this month unveiled a monument to commemorate fallen Gurkhas in recent conflicts, with new recruits trooped in front of it to remind them to stay frosty out there.