The early flight River-class offshore patrol vessel HMS Severn (P282) was decommissioned in 2017 after a planned 15-year career with the Fishery Protection Squadron in the UK’s home waters, but the Admiralty recently decided to return her to service post-Brexit and she was recommissioned into the Royal Navy on 28 August 2021 (although she was working with still listed “In Reserve” for the past 14 months) to perform her old role as a fish cop/EEZ sovereignty patrol with the fisheries squadron (now termed the Overseas Patrol Squadron) as well as provide a school ship for navigation training.

Importantly, it is the first time that a British ship has been reactivated for the RN from mothballs since the Falklands.

She is at least the ninth warship in the Royal Navy to carry the name, with the eighth being a Thames-class submarine (N57) who earned battle honors for Norway (1940), the Atlantic (1940–41), Sicily (1943), and the Aegean (1943). In an ode to the RN’s surface fleet in the Battle of the Atlantic, today’s Severn was recommissioned complete with a “Western Approaches” livery – as applied to U-boat killers through much of World War II.

HMS Severn departing Falmouth, 19th August 2021, on her way to London for recommissioning in her Western Approaches livery (RN photo)

Compare her modern new/old look to a vintage predecessor: 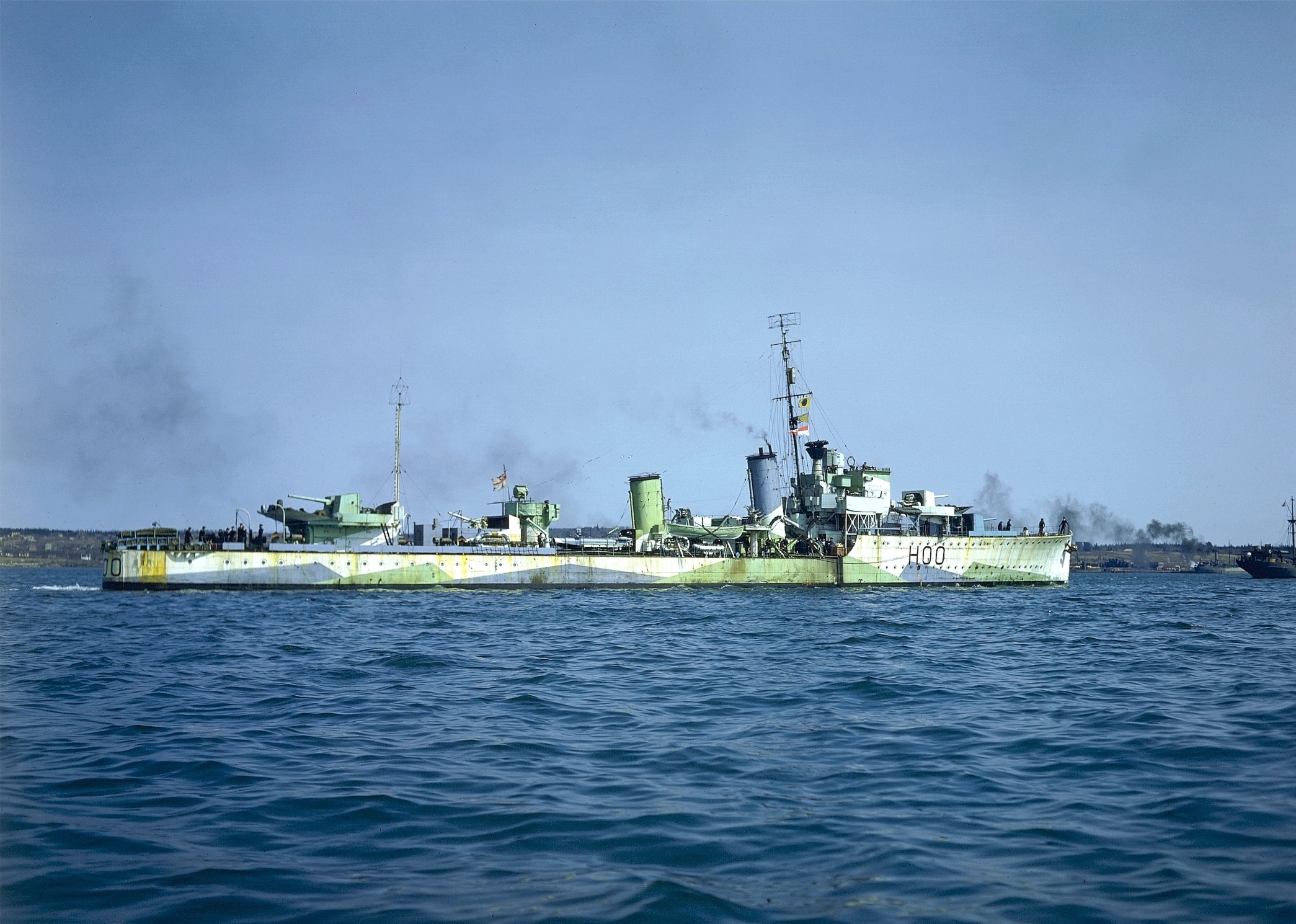 The combination of blue-grey and green-grey on a background of white and light grey was first applied to destroyer HMS Broke in 1940 and was subsequently ‘worn’ by ships operating in the namesake approaches – extending about 1,000 miles from the UK into the Atlantic – to make it difficult for German U-boat commanders to spot them, especially in heavy seas.

HMS Severn is the first vessel to receive the paint job since World War 2 and while radar makes the use of maritime camouflage largely irrelevant, it is a tribute to sailors of the Battle of the Atlantic who operated in the same waters Severn regularly ploughs.

She sailed into the Thames for her ceremony, tied up next to the old cruiser HMS Belfast, a D-Day veteran with a similar paint job.

HMS Severn alongside HMS Belfast for her recommissioning ceremony

Of note, the scheme was applied in Falmouth Docks by the same team who gave later generation sisterships HMS Tamar and Spey their new/old North Atlantic “Dazzle” camo look in time for their deployment to the Indo-Pacific region later this month.