I dropped by FN’s booth at SHOT Show in Las Vegas this week to get the scoop on the new FN High Power pistol line.

Not just a restart of the old FN/Browning Hi-Power, the new 9mm guns have a 21st-century flair to them, with a 17+1 magazine capacity, ambi controls, texturing on the frame, better ergonomics, and FN 509-pattern dovetail sights. They will be available in three variants including the standard black model, one in FDE– sure to be a hit with modern FN owners who collect that genre– and a true stainless steel model. 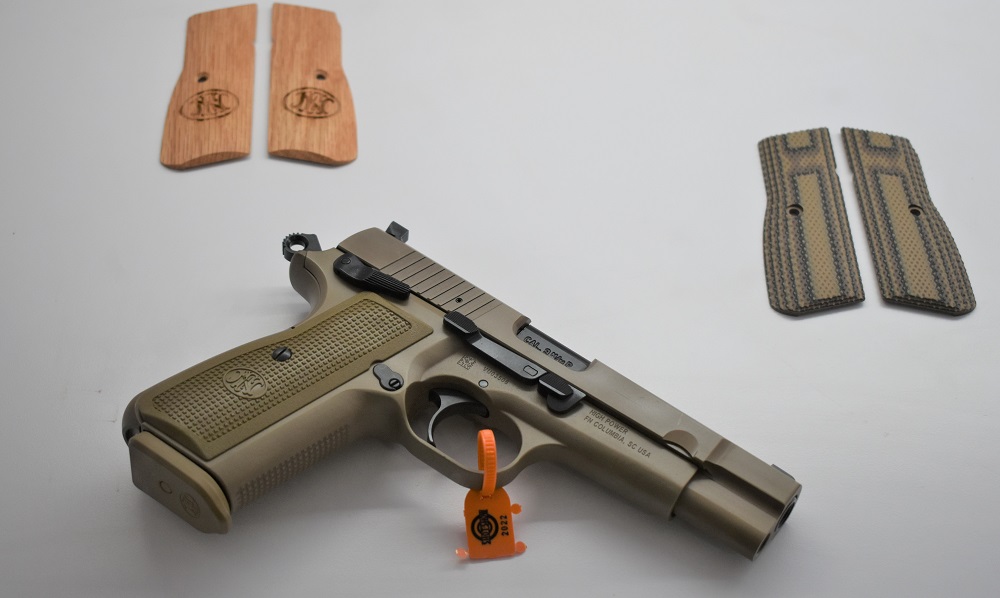 Each will ship with two sets of grips.