An evolution over 80 years in the making, Sig Sauer’s new P210 Carry 9mm blends a classic lineage and modern features to live up to its name.

Swiss firearms designer Charles Gabriel Petter, who learned the up-close and personal side of weapons in action while an officer in the French Foreign Legion during the Great War, was a cultivated polyglot who moved freely across Western Europe in the 1920s and 30s. After a decade with the Lewis Arms Company, he perfected a series of modifications and improvements to single-action self-loading pistols, taking cues from the even-then famous Browning locked-breech system.

A series of his patents led to the French Model 1935A pistol, and by 1938 SIG in Switzerland had licensed them for use in a pistol which the company intended to submit to replace the dated Luger in Swiss military service. Working with Petter for a further decade, the Swiss Ordnance SP47/8 was adopted in 1948 as the P49 by the Swiss Army and others including the Danish military and West German border guards.

By 1957, the P49 designation was renamed the P210, remaining in production in Switzerland until 2006 by virtue of its reputation for accuracy, reliability, and simple elegance. They were so iconic they were even immortalized in art. 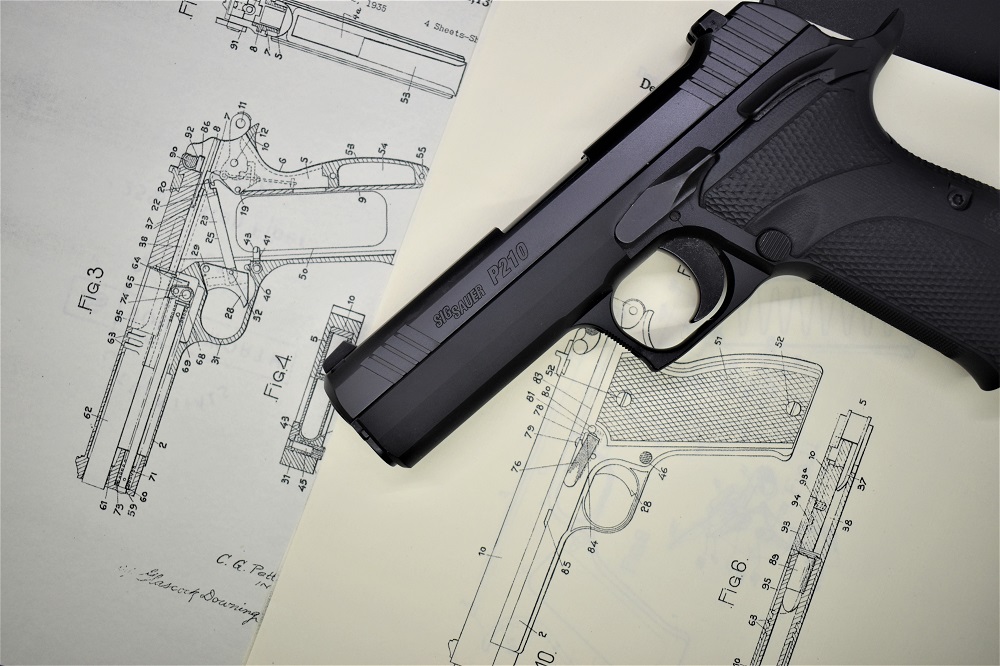 Today’s P210 Carry owes its lineage to Swiss firearms designer Charles Petter’s circa 1938 patents, and decades of military, police, and sports use by the P210 series since then.