The Navy has seen several important carrier and carrier-adjacent benchmarks this week that I thought were noteworthy enough to mention “in case you missed it.”

She is now about to be F-35B rated as a “Lightning Carrier” by 2023. Her sisterships USS Wasp, Essex, and Makin Island already have the same capability and Iwo Jima and Bataan are set to be added to the list in 2024-25.

By themselves, the four modded Wasps offer more carrier power than any other current fleet of flattops in the world not flying a U.S. flag.

“The USS Boxer [dry-dock availability] will complete a combination of maintenance, modernization, and repair of the following systems: Hull structure, propulsion, electrical plant, auxiliary systems, and communications and combat systems, as well as alterations to prepare the ship for operations with the F-35B Joint Strike Fighter (JSF),” according to a statement from Naval Sea Systems command in 2020.

Importantly, Boxer will also be the first Wasp to the Marine Corps to receive a complete F-35 set up for Spot 9 landings.

Boxer is a sweet spot for me, as I was working at Ingalls and am a constructor plankowner of the ship, having gone out on her pre-commissioning cruise before she was handed over. Nice to see her back in the fleet.

Class leader supercarrier USS Gerald R. Ford (CVN 78) successfully completed her five-day Board of Inspection and Survey special trial, “marking the first time a Ford-class ship executed an inspection of this kind.” Of course, she was commissioned five years ago, so it’s kinda about time, but between weapon elevator issues, EMALS and so many other new systems, it is understandable, and the inspection sets the ship up for her “special deployment” which is just around the corner.

“During INSURV, more than 180 inspectors embarked Ford, observing and assessing more than 300 demonstrations,” noted the Navy.

USS George H. W. Bush (CVN 77), the tenth and final Nimitz-class supercarrier, celebrated the milestone of 80,000 catapult launches and 80,000 recoveries on the flight deck since she was commissioned in 2009. The 80K bird was an EA-18G Growler from The Patriots of Electronic Attack Squadron (VAQ) 140 on the trap and the cat was an E-2D Hawkeye from The Bluetails of Carrier Airborne Early Warning Squadron (VAW) 121, and was part of the certification for the Freedom Fighters of CVW-7. 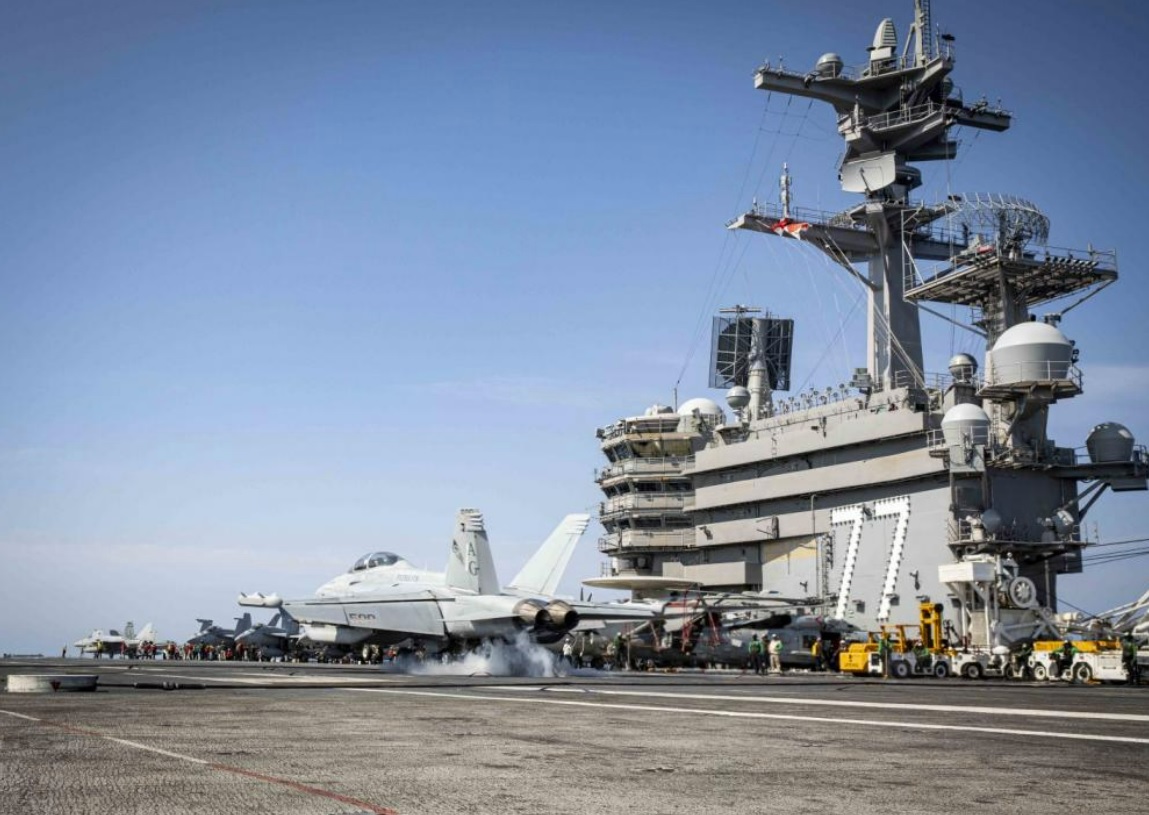