According to a release from the Romanian Navy, the minesweeper Lt. Dimitrie Nicolescu (DM-29) sortied from Constanţa, last Thursday, 8 September, to respond to a flash from the diving support platform GSP Falcon of a floating mine some 25 miles NE from the port.

Minesweeper Lt. Dimitrie Nicolescu (DM-29) of the Romanian Navy. She is 200-feet oal with a displacement of 790 tons and has been in service since 1987, dating back to the Cold War. She is a variant of the old Soviet Project 266M Akvamarin “Natya” type design. Note the ubiquitous AK-230 30mm mounts. (Romanian Navy photo)

However, high winds and sea state (Beaufort 7, near gale) interfered with the recovery as it kept the MCM from launching her EOD team boat. One thing apparently led to another and the mine impacted against the hull overnight and produced a small hole. The Romanians report that Nicolescu is stable and suffered no casualties and the support tug Grozavul went to the minesweeper’s assistance to shepherd her back to port.

Since most of the 28 mines recovered/destroyed in the Western Black Sea since the start of the Russo-Ukraine war have been small riverbed/coastal types, this slight damage tracks. 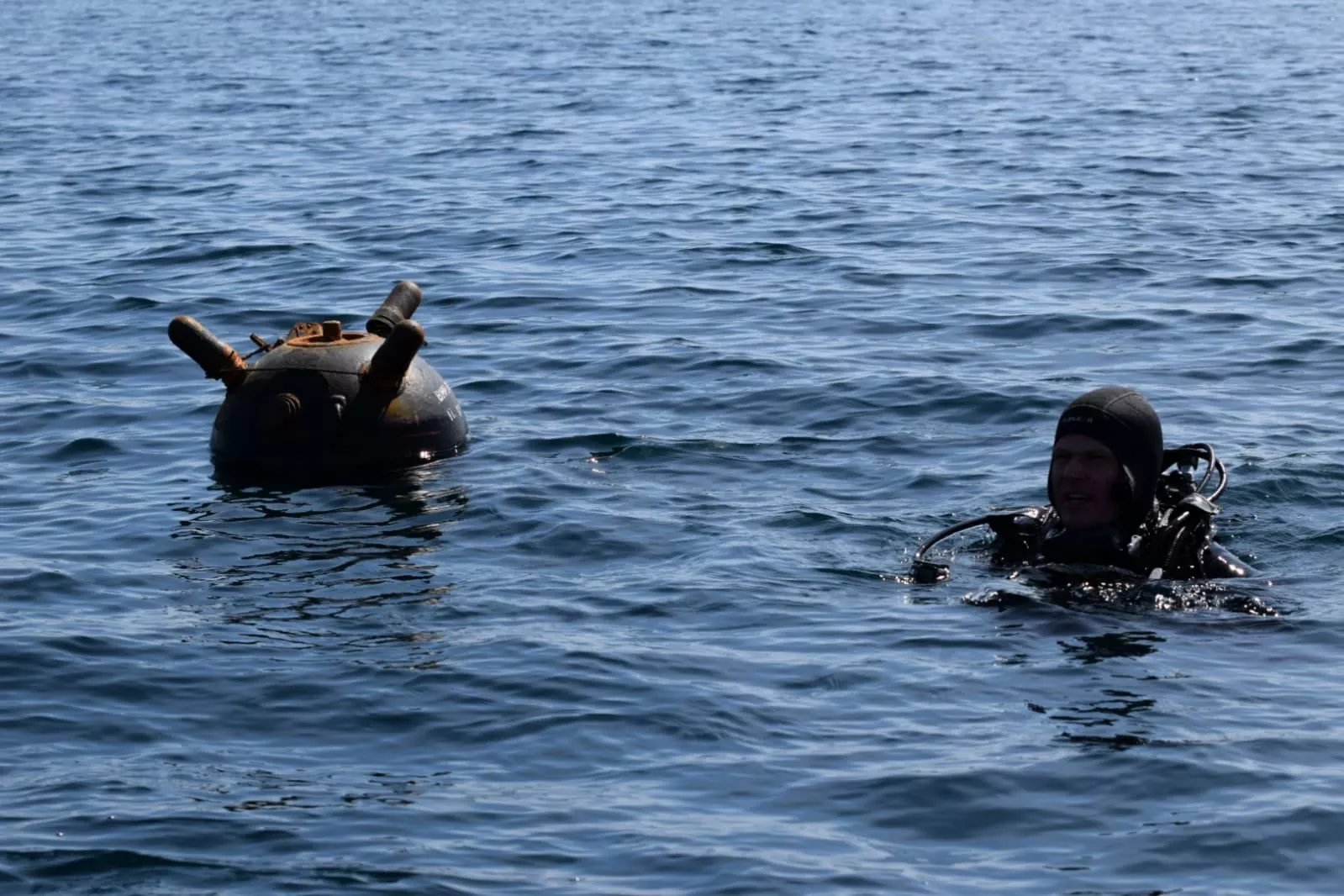 Most of the devices encountered so far have been Soviet M1943 MyaM-type shallow water (inshore/river) contact mines of the type licensed to both Iran (SADAF-01 type) and Iraq (Al Mara type) back in the 1980s, typically seen with very fresh Ukrainian naval markings and contact horns covered. (Romanian Navy photo)