A glimpse back in time 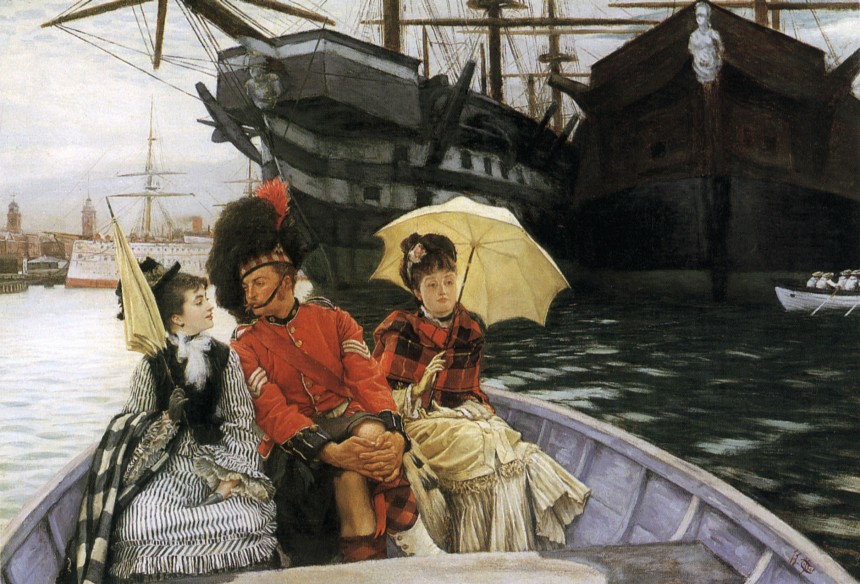 Note, over the amourous Highlander’s shoulders, a then-modern ironclad battleship, and several legacy ships-of-war, with their white painted figureheads prominent.

The 19th century 80-gun third-rate ship HMS Centurion was built in 1844 as one of the last generations of Royal Navy ships-of-the-line. Later converted to steam and reduced in armament, she was sold in 1870 and her name was issued to the leader of a new class of steel battleships in 1892 and then a KGV-class dreadnought in 1911.

However, her 2.5m, 225kg figurehead, “a male bust with a plumed helmet, tooled breastplate and a tailboard with the union flag and weapons,” has recently undergone significant restoration work and is now joining some 20 other vintage figureheads on display at the Portsmouth Royal Dockyard. 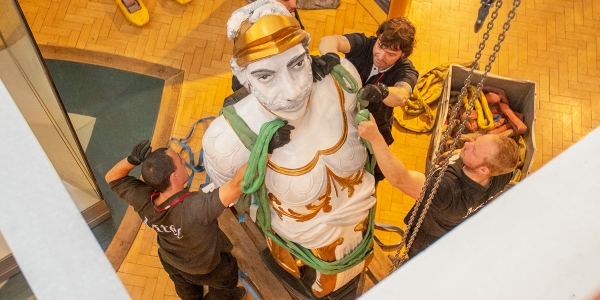 As such, it will be on display for the first time.