Fire Fire Fire, or, “Hey, why does the stack look like that?”

Always a pucker factor when you look back from the stern while underway and see this. 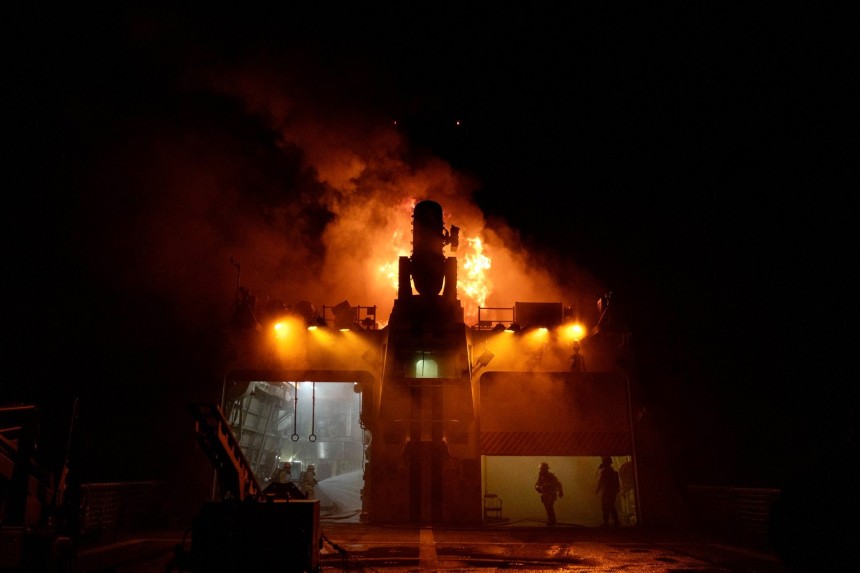 U.S. Coast Guard Cutter Waesche crews battled a fire Sunday aboard the cutter that broke out during a scheduled deployment to the U.S. 7th Fleet’s area of operations.

Black smoke was reported at 5:18 p.m. (local time) and investigations revealed fires in the exhaust stack and nearby spaces.

The crew’s training and quick actions extinguished the fire after battling the blaze at sea for 90 minutes.

Five crew members reported minor injuries sustained during firefighting efforts and were treated by the onboard medical team.

“The rapid response and courageous efforts from the crewmembers aboard Waesche to quickly contain and extinguish the fire are a testament to the bravery and skill of this crew,” said Capt. Jason Ryan, Waesche’s commanding officer.

The extent of the damages and cause of the fire are currently under investigation.

Waesche arrived at Yokosuka, Japan, today. While at Fleet Forces Yokosuka, the cutter will undergo further inspection and potentially repairs.

The cutter is under the tactical control of the U.S. 7th Fleet as part of routine presence operations in support of the United States’ commitment to a free and open Indo-Pacific.

Because flamethrowers are used in crime so often… 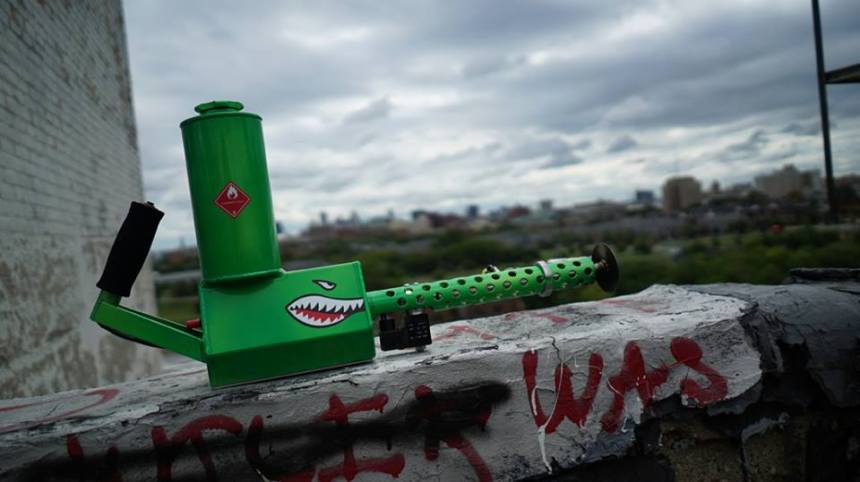 The $1,200 XM42, able to ship to your door in 48 states without a license, will send flame over 25 feet away and last for about 38 seconds, but has earned frowns from lawmakers seeking to regulate it over what “could” happen. (Photo: Ion Productions)

In the absence of documented flamethrower attacks, I had a chance to speak with the head of a company that makes the devices about pending legislation that seeks to regulate the items.

Detroit-based Ion Productions has been working on the XM42 flamethrower concept since 2008 and last year raised $50,000 overnight through crowd-sourcing to move what they billed as the “world’s first commercial handheld flamethrower” forward into production.

Moreover, they did their homework beforehand.

“During the development and funding of the XM42 project, we were in contact with numerous fire departments and controlled burn workers in regards to its utility for them,” Chris Byars, Ion’s president and founder told Guns.com. “Farmers, firefighters, controlled burn prescribers have used devices that emit streams of fire for many years.”

Laws governing the devices are few, with only California and Maryland having codified their use while the Bureau of Alcohol, Tobacco, Firearms and Explosives have no mandate to restrict them.

However, just months after the X42 gained national media attention, lawmakers sought to step up regulation.