Going the Distance with the Plinker Glock

Some 16 months ago, Glock did something they had never done before: make a rimfire handgun.

I was there in Georgia when it was announced, and a lot of people at the time were bummed out, wishing the company was introducing a new micro 9 to compete with the Sig P365, or perhaps a 9mm PCC Glock carbine.

Nonetheless, I ran a T&E on the gun for a few weeks, dumping a couple thousand rounds through it, and liked it enough to buy it.

I even wrote an extended article on the gun for the 2021 Glock Annual.

Well, with 9mm ammo in record low supply, especially at affordable prices, I have been taking the G44 to the range a lot in the past few months and have easily over 5K rounds through it. 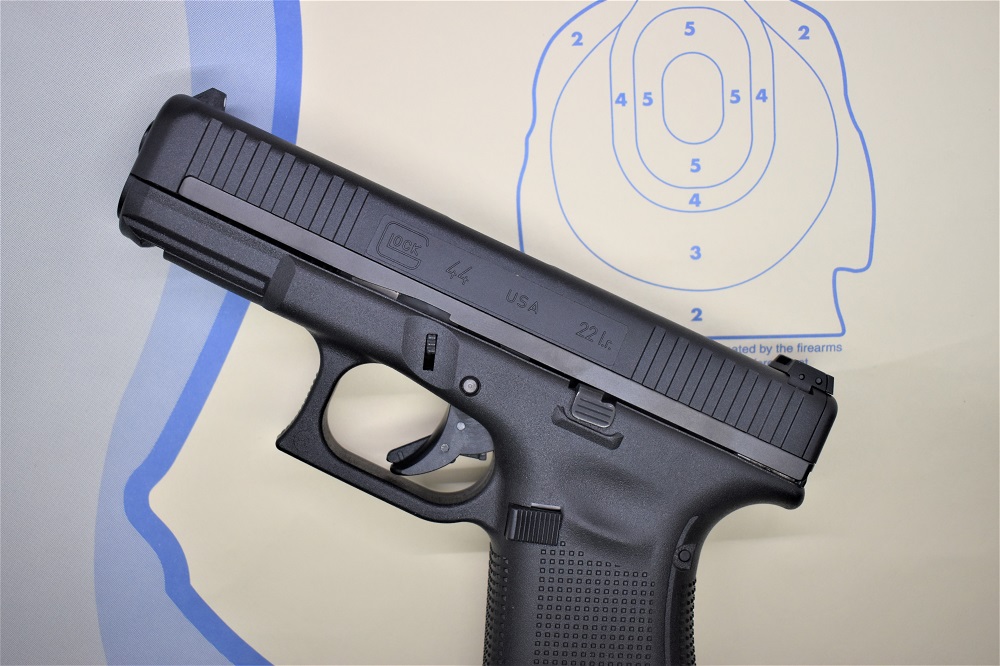 It is really growing on me

My thoughts after the past 16 months of use in my column over at Guns.com.

Glock’s 2021 Annual just hit the presses. Relax, they don’t cost anything and are available on the company’s site for free download. Just go here and look to the bottom left.

Like four or five articles in there are by yours truly (Glock is really slumming it these days, haha). Such as this one on the G44.

Out of the thousands of firearms that Guns.com sold this year, the most popular category was for semi-auto handguns, which is not surprising as that category has consistently seen the highest production numbers by the domestic firearms industry for the past several years.

Only a few weeks into 2020 and the domestic U.S. firearms market has seen a flood of new .22LR pistols from some of the biggest names in the business.

Last month saw the 42nd annual SHOT Show in Las Vegas where more than 2,600 exhibitors gathered from around the globe to display their freshest wares. When it came to rimfire handguns, there were lots of new faces in the aisles. 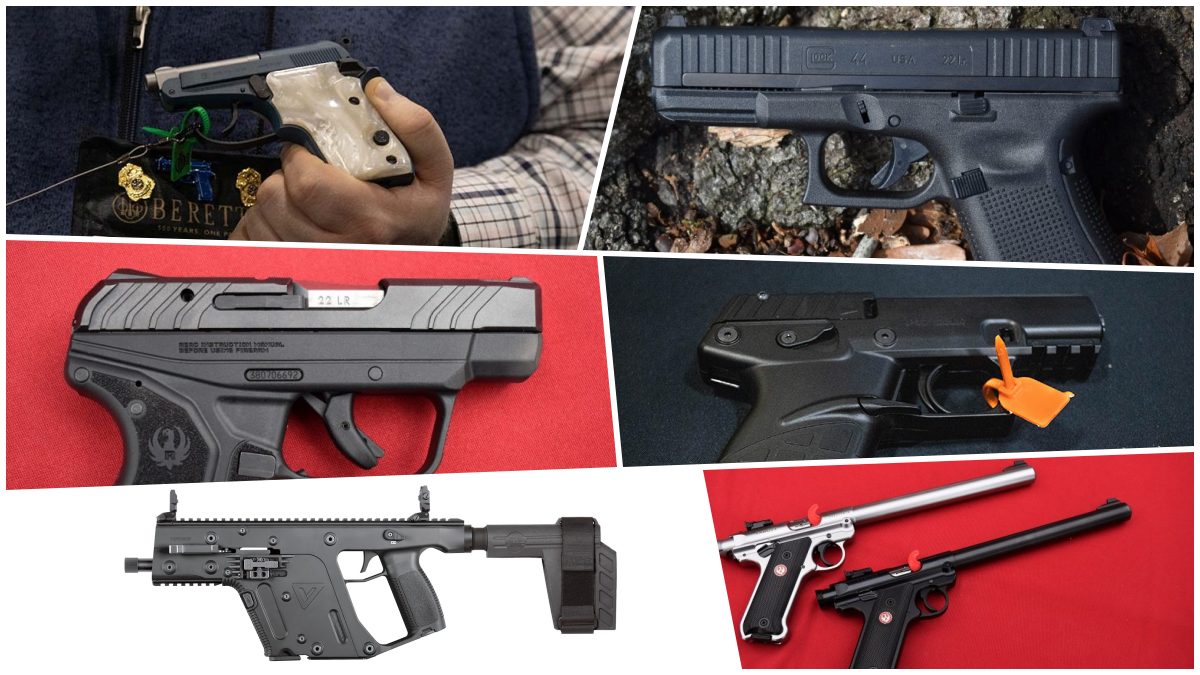 When it comes to .22LR, the biggest problem is the round itself.

First marketed in 1884 as a black powder round, the little lead-nosed pipsqueak was intended for use in rifles and revolvers, with its rimmed case proving notoriously difficult for pistols to cycle. Compounding this, there is a myriad of loads in circulation, all with slightly different specs and performance. When you magnify those problems with the fact that the rounds are often produced by the millions as economically as possible, especially in the case of bulk-pack budget ammo, and you get a cartridge that tends to be finicky in a lot of semi-auto handguns.

To get it right, Glock spent nearly three years testing and developing the G44– which is why models like the G45, G46, G47, and G48 passed it up in reaching the market while the rimfire chewer was still in R&D. 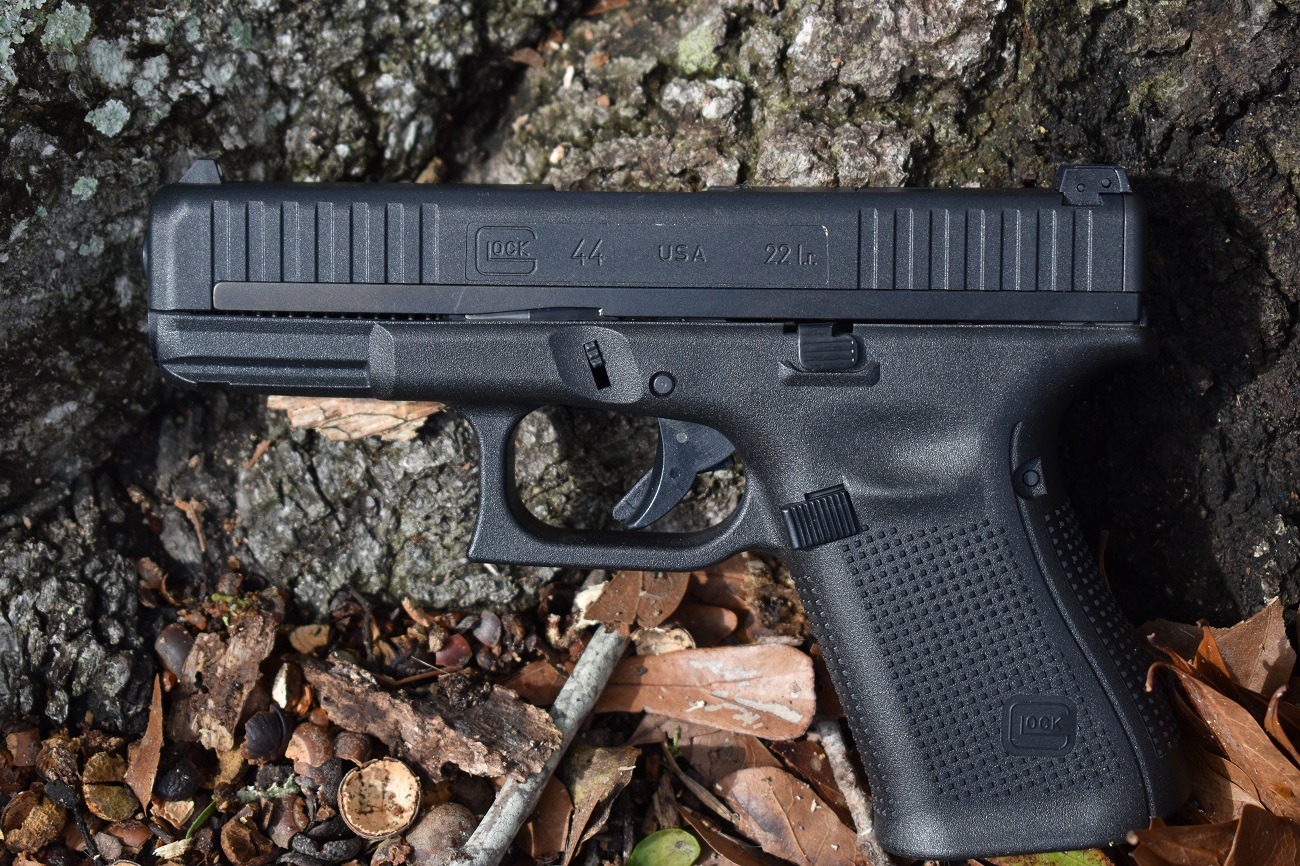 During that time, they used no less than 141 different rimfire loads in testing, popping over 1.2 million rounds in the process. Federal, which supported the effort, used everything in test guns from 42-grain subsonic to CCI Stingers with no problem. In short, while many 22LR pistols come with the caveat that they are picky about their diet, the Glock is billed as being omnivorous.

How did it do?

The big reveal this week in Georgia, after much fanfare, turned out to be Glock’s first rimfire handgun– the G44.

Chambered in 22LR, it is a dead ringer for the G19 in size (though not in weight) with the same surface controls and trigger. This makes it an ideal training gun. Similarly, it is reliable as all get out, being tested with over 140 different rimfire loads by Glock in a developmental process that went back more than five years– hence the fact that the G45, G46, G47, and G48 have beaten it to market.

Further, it is made by Glock, and not by Umarex or some other third company as many other handgun makers do.

I am currently testing one extensively and will get back to you guys ASAP.

Until then, check out my column at Guns.com for more info.