Lots of cold bubbleheads this month

Scheduled to last five weeks, ICEX 2018 has kicked off with a joint NATO effort to show readiness in the Arctic.

The Navy’s Arctic Submarine Laboratory (ASL) and the Canadian Defence Forces have set up Ice Camp Skate on a floe drifting in the Arctic Ocean.

“The base will serve as a temporary base for submarine operations, including under-ice navigation and torpedo exercises. The camp consists of shelters, a command center and infrastructure to safely house and support more than 50 personnel at any one time.” 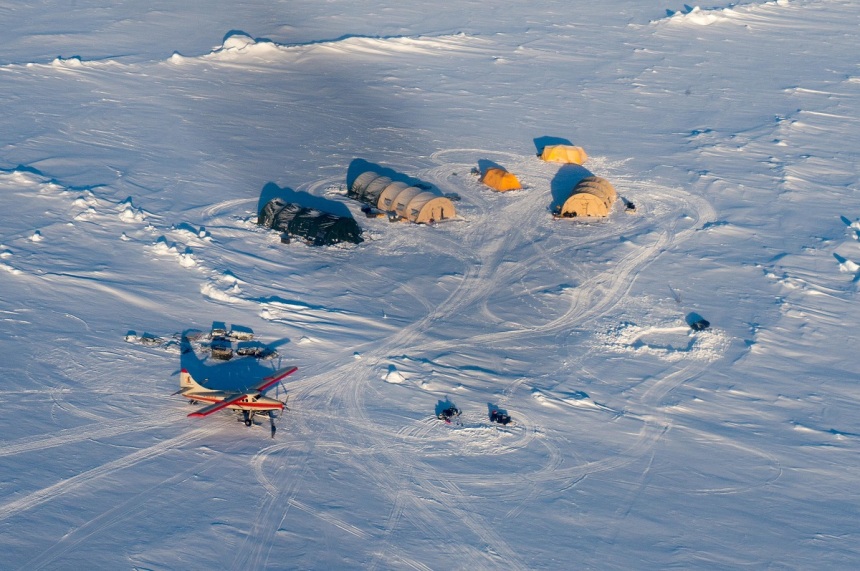 Ice Camp Skate (March 5, 2018) A Royal Canadian DHC-6 Twin Otter aircraft delivering supplies and personnel flies over Ice Camp Skate during camp build during Ice Exercise (ICEX) 2018. ICEX 2018 is a five-week exercise that allows the Navy to assess its operational readiness in the Arctic, increase experience in the region, advance understanding of the Arctic environment, and continue to develop relationships with other services, allies and partner organizations. (U.S. Navy photo by Airman 1st Class Kelly Willett/Released)

“With every ICEX we are able to build upon our existing experience and continue to learn the best way to operate in this unique and harsh environment,” said Rear Adm. James Pitts, commander, Undersea Warfighting Development Center (UWDC). “We are constantly testing new tactics, techniques and procedures (TTP) under the ice, and this exercise allows us to do so on a larger scale and alongside our U.K., joint and academic partners.” 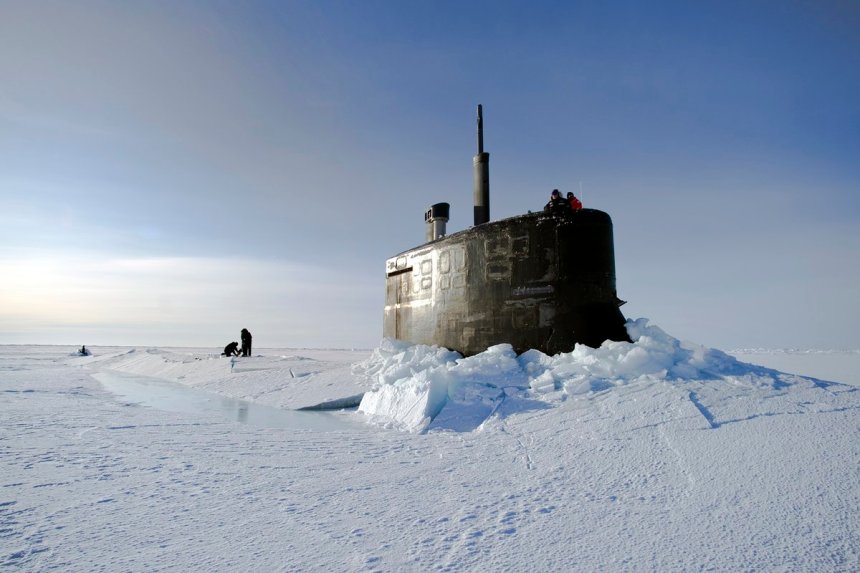 USS Hartford (SSN 768) surfaces in the Arctic Circle near Ice Camp Sargo during Ice Exercise (ICEX) 2016. She will make a return to the ice this year, along with some company

The floating ice station also conducts oceanography experiments, as shown below with personnel from NAL, University of Alaska Fairbanks and Ukpeaġvik Iñupiat Corporation (UIC) Science collecting data through the floe.