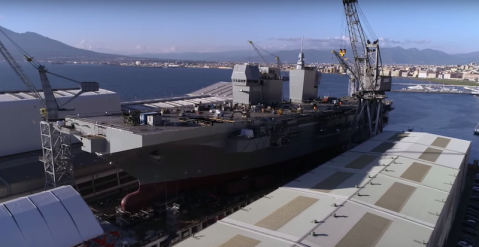 A big girl at some 33,000-tons and officially classed as a Landing Helicopter Dock (LHD) she is expected to replace 1980s-vintage 13,000-ton 1980s Italian “Harrier carrier” Giuseppe Garibaldi around 2022. 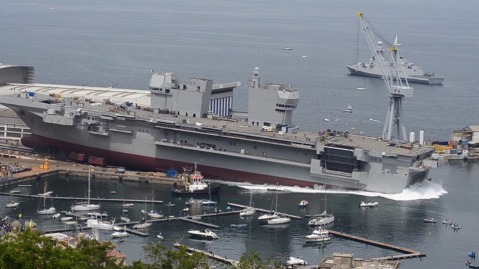 Able to carry a battalion of troops, EH101 and NH90 helicopters, as well as at least a squadron of F-35B Lightning strike aircraft, Trieste will be Italy’s largest carrier, ever, and the largest warship for the country since the ill-fated Vittorio Veneto-class battleship Roma was commissioned in 1942.

She will also be the fourth largest carrier in NATO, behind the two new British Queen Elizabeth-class flattops and the aging French De Gaulle. In terms of amphibious assault ships, she will be the only LHD under a European banner, is the largest non-U.S. ‘phib in NATO, and is nearly the size of American Wasp-class vessels. Further, they are a good bit larger than Japan’s controversial Izumo-class multi-purpose destroyers which Tokyo is currently modifying to facilitate carrying F-35Bs. 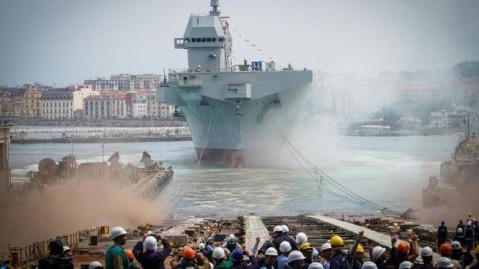