A development of the Type 38 Arisaka, the 6.5x50mm Type 44 was fielded in 1912 and featured a 19-inch barrel (compared to the Arisaka’s 31.5 inches) which gave the diminutive carbine an overall length of just 38-inches, or about the same as a Ruger Ranch Rifle today. Just 90,000 of the guns were constructed and they are easily identified due to their folding bayonet mount, which was pretty revolutionary in 1912– the feature wasn’t copied by the Italians on their Modello 1891 Moschettos (carbines) until 1938 while the Soviets only put them on shortened Mosin 91s in 1944. 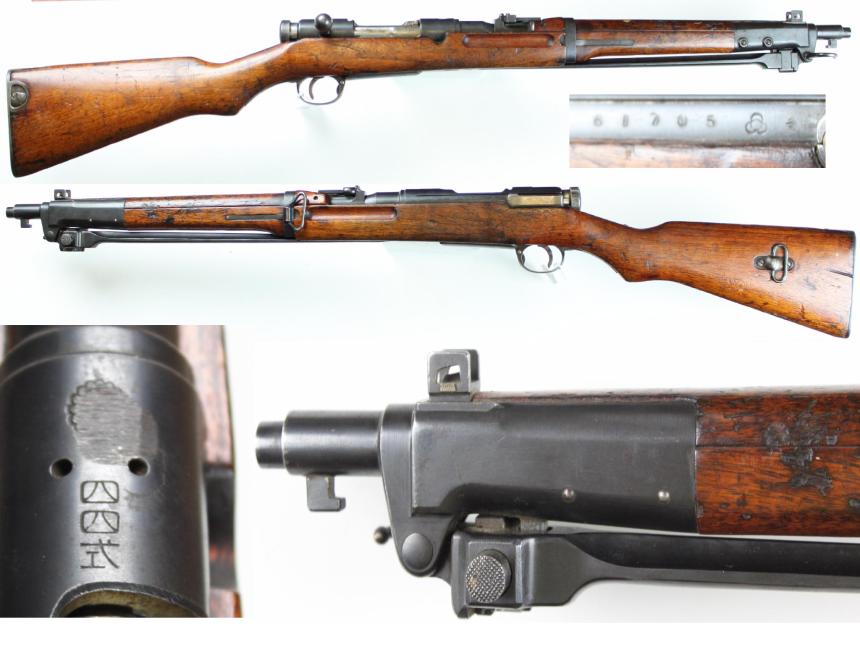 As the cavalry ranks of the Japanese were pretty slim, most Type 44s were actually issued to artillerists, auxiliaries, and second-line troops, as were later Type 38 carbines of the same length but without the folding bayo. In any form, they are pretty rare today and commonly go for around $2,000, which is a big bump over standard “mumless” Arisakas which go for about 1/10th that.

The Imperial Japanese Army fielded three full 2,300-man cavalry brigades (1st formed in 1901 and fought the Russians in 1904-05, as well as 3rd and 4th formed in April 1909) in WWII, assigned to the China-based Kwantung Army in April 1933 as part of the independent Cavalry Group.

They all saw extensive service on the Asian mainland from 1900 onward.

Japanese Imperial Guard cavalryman cleaning his horse with water from a local pond near Chinampo in mid-March 1904. Note his boots kicked off to the front. Source: The Russo-Japanese War by Collier.

Woodcut of Japanese cavalry fighting Russians 1904 Bajutsu maneuver of pulling the enemy off their horse.

Troopers of the Japanese 1st Cavalry Brigade in Manchuria 1904. Note the European-style jacket and short Type 30 carbines. These differed from the regular Type 30 rifle not only in being shorter– 18-inch barrel vs 31-inches– but also had the bolt stop latch and the sling swivels moved to the left side of the gun to prevent the bolt from digging into the cavalry trooper’s back.

Japanese cavalry Illustration by R. Caton Woodville, from the Sunday Times (Sydney) November 1904, reprinted from the Sporting and Dramatic News. He has a Type 30 carbine.

These units consisted of the four-squadron strong regiments: 13th, 14th, 23rd, 24th, 25th, and 26th, pre-1939, as well as the 71st and 72nd formed in 1941. The old 2nd Brigade, originally consisting of the 15th and 16th regiments, was broken up before the war and their troops converted to dismounted reconnaissance scouts.

They were most commonly mounted on Australian Walers, a hardy variety hailing from that island continent, well adapted to rough terrain.

“Japan’s biggest orders were for the Russo-Japanese war but there were decades of sales – a total of 100,000 horses is a conservative estimate [between 1895 and 1939]. Most of the horses came from Queensland, some from NSW, Victoria and South Australia.” 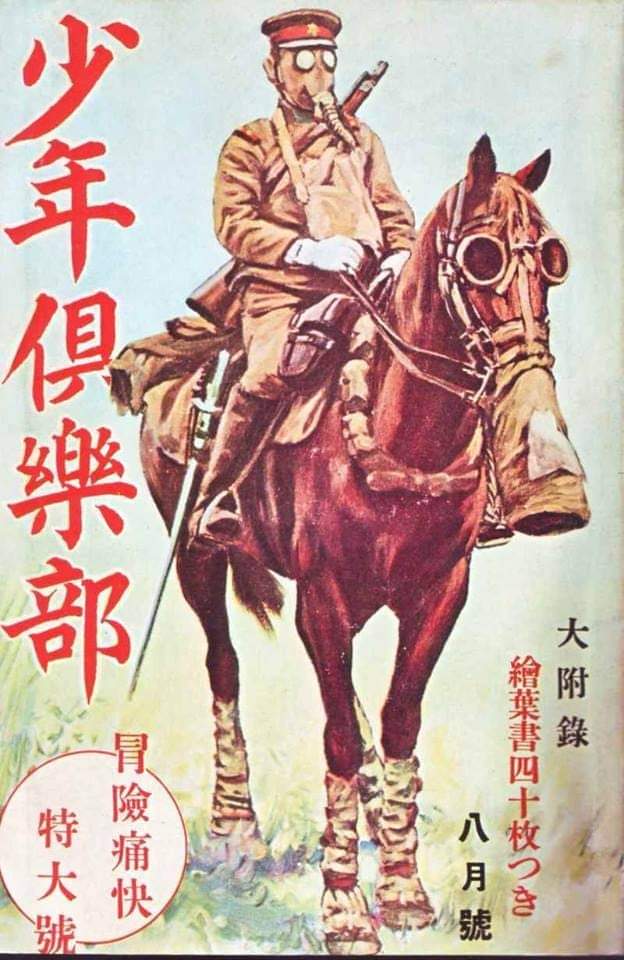 Japanese youth magazine cover “Boys Club” with one of the Emperor’s cavalrymen and horse in matching gas masks. Note the Type 44 carbine slung over the back in traditional fashion and the saddle-mounted saber. 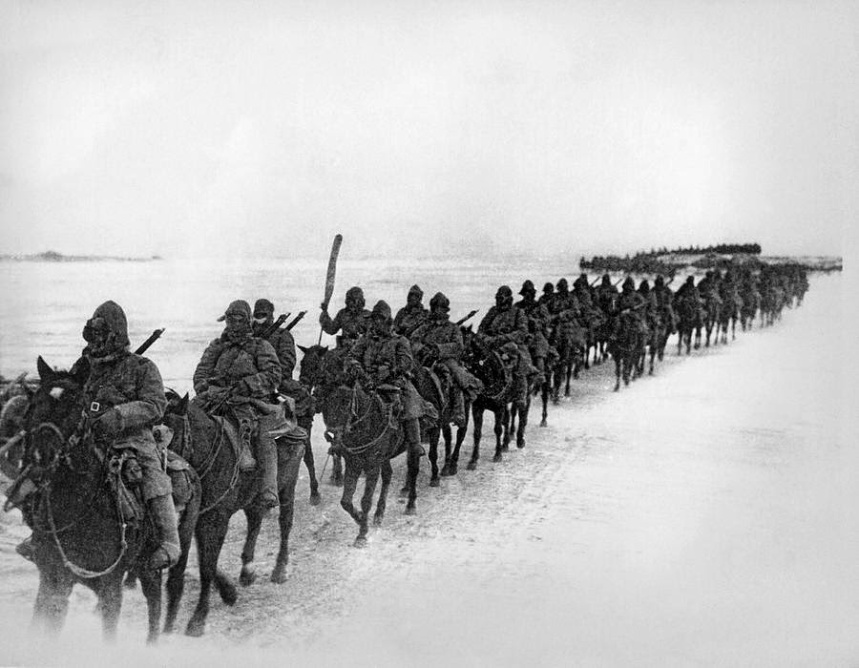 Freezing: Japanese cavalry bundled up against the cold in Manchuria, 1935, via the Underwood archives. Note the Type 44s.

Baking. Japanese officers in China, in the late 1930s, note the hats on horses, shielding their eyes likely from flies as much as the sun. For the same reasons, the horsemen have as much skin as possible covered

Relegated to Manchuria and Mongolia, most of the Japanese horse cavalry was dismounted by 1943 and converted to infantry or mechanized units with older members often going into Korean/Manchurian-based Kenpeitai field units.

Only the 4th Cavalry Brigade was still on their mounts in 1945– when they met the Soviet tank columns in August, showing that WWII combat began In Poland and ended in Manchuria with the same tank-borne forces vs. horse cavalry format.