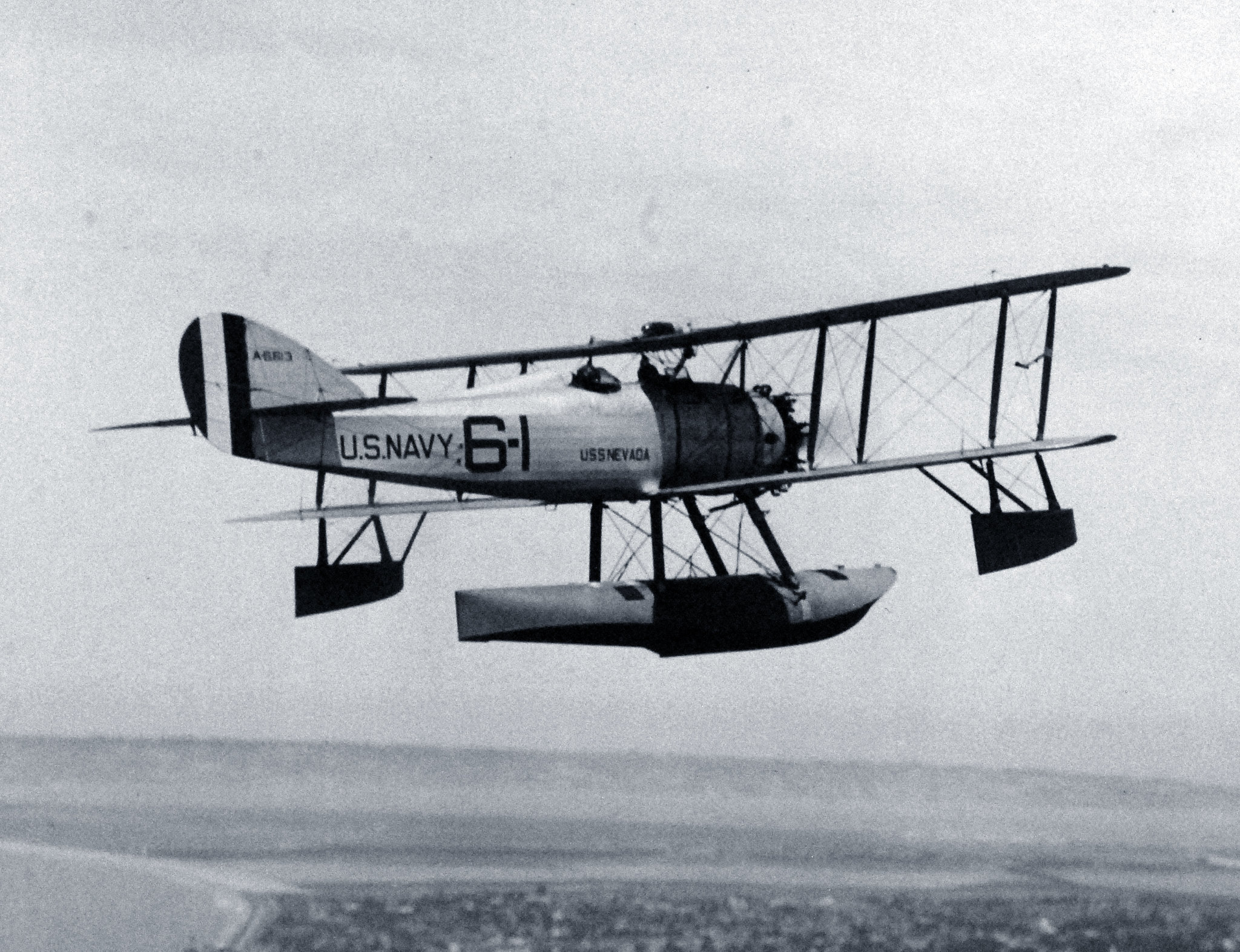 U.S. Navy photograph, now in the collections of the National Archives. 80-HAN-142-2

The Vought UO was top-of-the-line a century ago at the time it was introduced in 1922.

“As their superiority over potential competing types became evident, they became the only observation type in use on the fleet’s catapult-equipped combat ships. The 15 first-class battleships were each equipped with one or more UO-1s. Two or more UO-1s were used aboard each of the new scout cruisers comprising the Navy’s scouting fleet.”

With just 141 aircraft built, the career of the Vought UO series was limited, and, obsolete only a decade after being introduced, they were retired by the Navy by 1933. 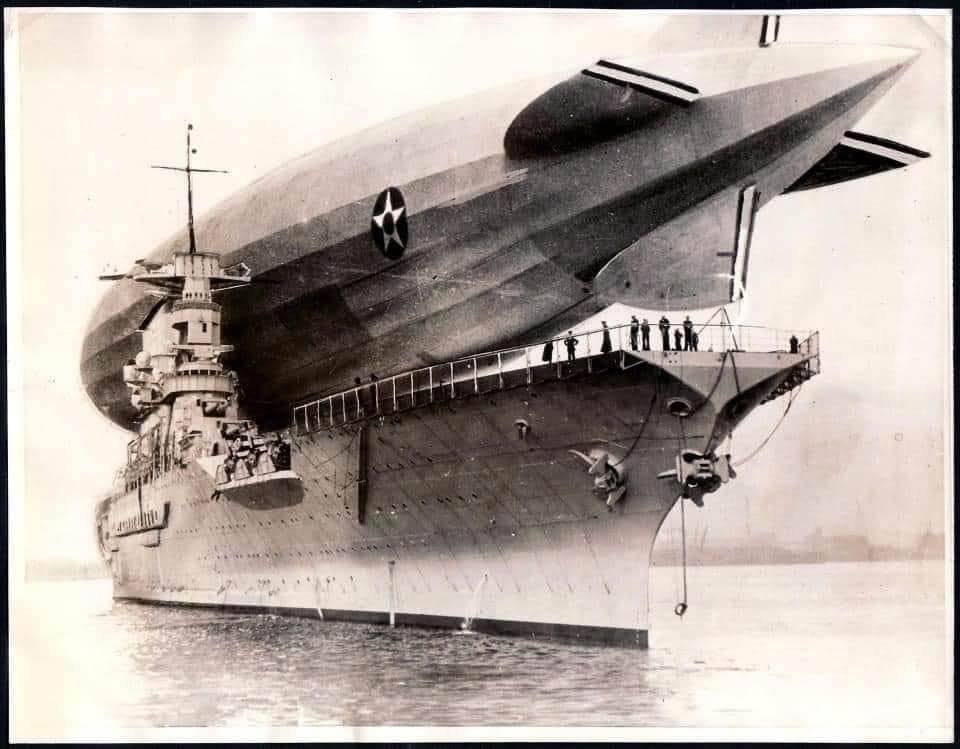 The event saw the Zeppelin deliver fuel, supplies and passengers

Some 658-feet long, Los Angeles was crafted by the Zeppelin company in Friedrichshafen, Germany, as a Great War reparation, and was commissioned 25 November 1924 after delivery to the States by a German crew, just a few years before the above meeting.

Scrapped in 1939 after the tragic loss of the Navy’s airships Shenandoah, Akron, and Macon, by default she was the luckiest of the American Z-craft. On the other hand, the Navy’s non-rigid Blimp Program was wildly successful and had an excellent safety record. The last flight of a U.S. naval airship occurred on 31 August 1962.

Speaking of lucky, the 888-foot long Sara, commissioned 16 November 1927, would be one of only three pre-war American flattops to survive WWII, earning eight battlestars. Her reward was slight, being disposed of in the Bikini Atoll A-bomb tests in 1946.

Here at LSOZI, we are going to take out every Wednesday for a look at the old steampunk navies of the 1866-1938 time period and will profile a different ship each week.

Here we have the Patoka. This funny looking (the one in the water) ship was laid down about six weeks after the end of WWI as an oiler  at Newport News Shipbuilding and Dry Dock, Co., Newport News, VA. Commissioned as Fleet Oiler No. 9, 13 October 1919, she soon became a balloon tender and was the service’s only one for tw decades.  Patoka was modified as a tender for the Navy’s rigid airships, receiving a distinctive mooring mast on her stern and facilities for handling seaplanes. She was subsequently used as an operational and experimental base by three of the Navy’s great dirigibles, USS Shenandoah (ZR-1) in 1924-1925, USS Los Angeles (ZR-3) in 1925-1932, and USS Akron (ZRS-4) in 1932.

Decommissioned, 31 August 1933 after the loss of her airships, she spent six years without a mission. Redesignated Seaplane Tender (AV-6), and commanded by CDR. Clifton Sprague (later Rear Admiral of Taffy-3 Fame) in 1939. She spend most of the war as a oiler, mine craft tender and was reclassified Miscellaneous Auxiliary (AG-125), 15 August 1944. Decommissioned, 1 July 1946 she was sold for scrapping, 15 March 1948 by the Maritime Commission to Dulien Steel Products, Co.

Note how big the Zepplins were…..Patoka herself is over 400-feet long…