Posted on March 13, 2013 by laststandonzombieisland 2 comments

Here at LSOZI, we are going to take out every Wednesday for a look at the old steam/diesel navies of the 1859-1946 time period and will profile a different ship each week.

Here we see the retired ex-USS Alabama (BB-60) laying in Mobile Bay as a publicly operated museum ship when I toured her last year.

She was the last and some argue the luckiest of the four South Dakota-class battleships and, with the exception of the follow-on Iowa class ships, the most modern and best equipped US battlewagon ever to take the sea.

Designed with a standard displacement ‘not to exceed 35,000-tons’ to fit with the Washington and London Naval Treaties, the ship still sported a 12.2-inch armored belt, which increased to 16-18 inches at the conning tower, barbettes, and turret faces. Behind this armor was 7/8 inch (22 mm) thick STS plates behind the belt, which made the SoDak class immune to hits from super-heavy 16-inch shells at any distance further than 17,000-yards. Once fully outfitted during WWII, these ‘treaty battleships’ came in at over 44,519 tons (full load) and could still make 27-knots.  The follow-up Iowa class had virtually the same armament (although they did use a more advanced 16-inch gun), and same armor but only real design improvement was a top speed of 33-knots. Other than that, the Alabama came to the table with the same thing as the Iowa.

Commissioned on 16 August 1942, just eight months after Pearl Harbor, she was rushed into service. However, with British strength sapped in the Atlantic, she spend her most of her first year at sea with the Royal Navy, trying to lure the SMS Tirpitz out to sea battle. It would have been an interesting match, with the Alabama having a larger suite of heavier guns (9×16-inch, 20x127mm vs the Tirpitz 8×15-inch, 12x150mm, 16x105mm guns) with slightly better armor protection over the German ship to boot. Whether US radar fire control or German radar fire control was better would have told the story of this great ‘could have been’. 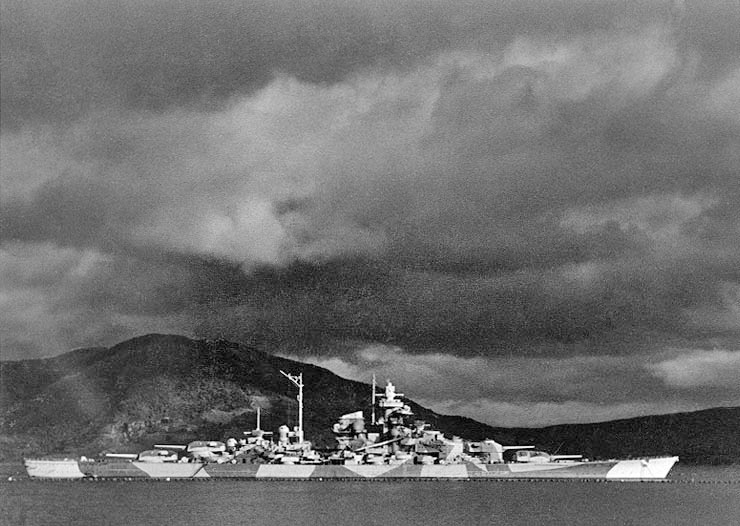 With the Germans refusing to lose the Bismarck‘s sister ship, Alabama soon found herself shifted to the Pacific where she spent most of 1944-45 in the hectic job of screening fast carrier task forces with her massive AAA armament and radar. During the Marianas Turkey Shoot, it was Alabama that helped provide the early warning of incoming Japanese attack planes, her radar giving the ship, and thus the US fleet, the upper hand. 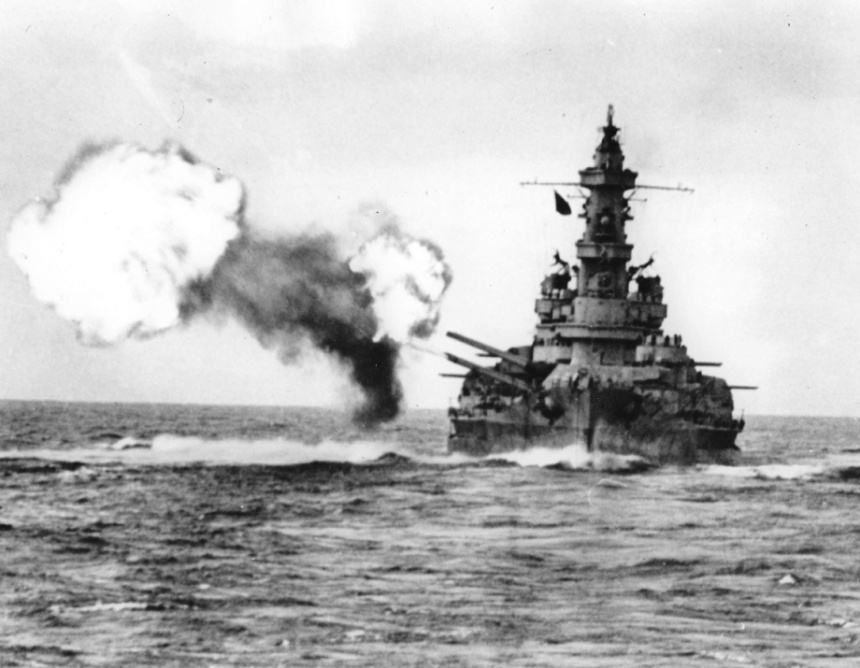 Winning 9 Battlestars for her combat operations, she was never the victim of noteworthy enemy action and never lost a man to either the Germans or Japanese. Her gunners were credited with shooting down no less than 22 attacking Japanese planes and her main battery of 16-inch guns fired an estimated 1,250-rounds in anger at enemy shore positions.

She was decommissioned in 1947 after serving just 52-months on active duty, 11 of them spent in post-war deactivation overhaul. In 1954 it was planned to reactivate the Alabama, remove at least one turret and much topside weight, re-engine her with more modern turbines, and give the leaner, meaner, ship a 31+ knot top speed to escort the new super carriers. However this proved a non-starter for budgetary reasons.

The Navy held on to the virtually new ship until she was stricken in 1962 just short of her 20th birthday. Her and her three sister ships,  USS South Dakota, USS Indiana, and USS Massachusetts were ordered sold for scrap that year. Indiana went to the breakers who paid $418,387 for her, as did the SoDak. The Massachusetts was saved by a local effort from her namesake state and today sits in Fall River, MA.

Since 1964, the Alabama has silently protected Mobile Bay as a museum ship, her engines inactive, great props cut from their shafts, her 16-inch guns filled with concrete, her breechblocks removed.

Still, a mighty sight if ever there was one. If you are ever in Mobile, or Fall River where her twin sister lives, check it out.