Hey, there is a tank sticking up out of the street

Starting in the 1944 Italian campaign, the Allies started to increasingly bump into German Panther turrets mounted on top of buried concrete bunkers, rather than atop tanks, for which they were increasingly running short of fuel.

It actually wasn’t a new idea, as the French had used scores of old FT-17 and newer Char turrets on the Maginot wall and other places.

Abandoned French fortification on the French-German border, May 1940

Germans used this captured Matilda tank and concreted into position, used as part of the defenses of Halfaya Pass, 16 March 1942. A British Valentine tank passes by in the background. (IWM E 9320)

These instant defensive fortifications were usually sited to cover choke points, and being low to the ground was difficult to spot or knock out.

U.S. Navy sailor examines a German 20-mm tank turret “pillbox” near one of the Dragoon invasion beaches in the South of France, 18 August 1944. The turret is from a PzKpfw II light tank and includes a 2 cm KwK 30 L/55 gun. As the tanks were obsolete by 1942, their turrets were increasingly utilized on the Atlantic Wall. (80-G-K-1942). 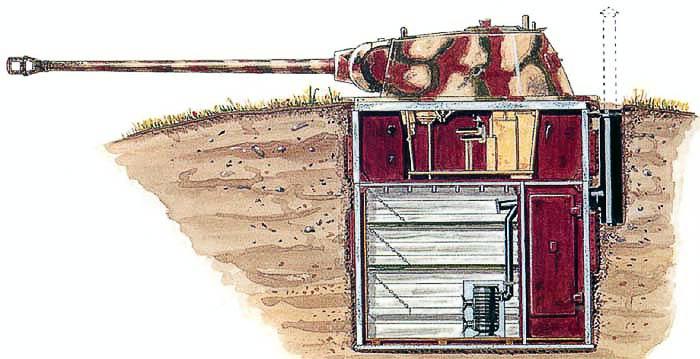 The buried concrete bunkers include a generator for power, large supplies of ammunition – much more than a tank could carry – and protected living quarters for the abbreviated turret crew. 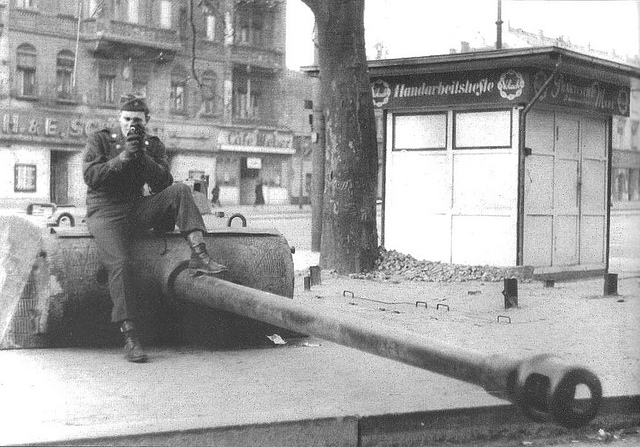 These concepts outlasted the War, especially in Eastern Europe. 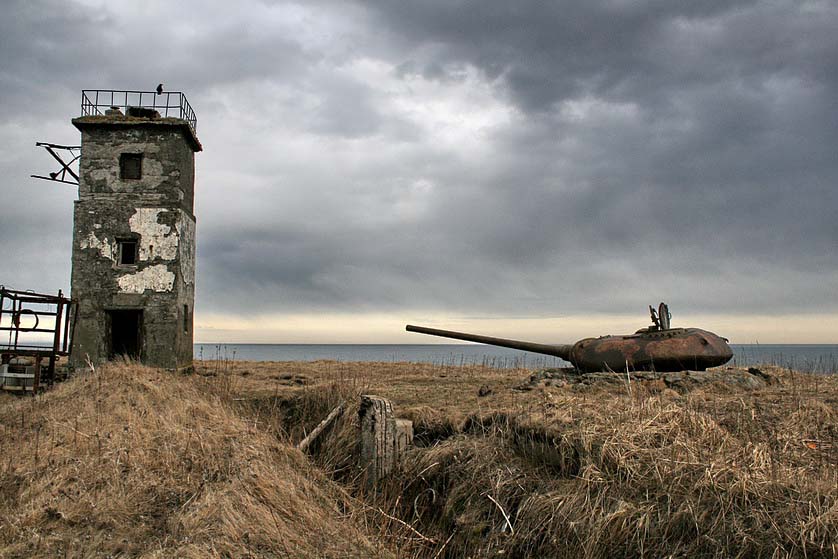 The Finns even bought 56 surplus T-55 tank turrets (just the turrets, which left the Soviets scratching their heads) in the late 1960s in what was likely the last use of such an idea. They placed them, coated with an asbestos-cork mixture to prevent moisture, along their craggy seacoast as the 100 56 TK (“100 mm, 56 length caliber, turret gun”) system, which was operational as late as 2012. These were arranged in 14 “sea fortresses,” each one equipped with 4 such turrets, linked by a central command and control and spotting system.

And of course, they were used extensively in the Middle East:

Captured Jordanian or Iraqi T-34-85 was turned into a pillbox in a settlement in Jordan Valley 6 Days War 1967 Jordan Valley, West Bank, Israel via DimaWa photo

One of the most enduring and best-preserved turret fortifications is found at the St.Aubins Fort in the Channel Island Military Museum, a repurposed French S 35 47mm tank turret.

The go-to book for more information on these (even covering Albanian and Bulgarian cold war panzer and T-34 turrets) is Neil Shorts’s aptly named Tank Turret Fortifications. I certainly have thumbed through my own copy several times.