What the heck is that Combloc guy carrying?

While the Warsaw Pact went the way of the Dodo Bird once the Soviet Union broke apart, and over the past 20 years or so most of the former member states have joined NATO, switching religions on combat doctrine, they rocked some pretty interesting gear during the bad old days of the Cold War.

With the help of Partisan 1943, a blog dedicated to the military history of former Eastern Bloc countries, a took a look at some of these systems.

Polish marine with a Radom FB PM-63 RAK submachine gun. Go looking for one of these on the surplus market.

Czechoslovak People’s Army troops aim a locally sourced Skoda Tarasnice-21 recoiless rifle. An 82mm design similar to the Swedish Carl G 84, it was only used by the Czechs, East Germany and Albanians. 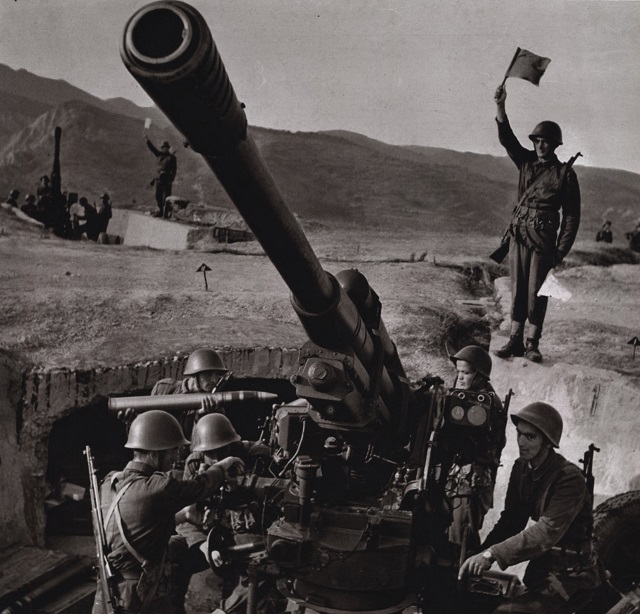 Albanian People`s Army troops man an obsolete M1939 85 mm AAA gun while they carry that country’s unique SKS design with their distinctive extra-long gas tube covers. Albania withdrew from the Warsaw Pact in 1968 and after her already dated armament was frozen in time after that. Dig the Chinese style stripper-clip belts (you can see it really good on the signal guy).