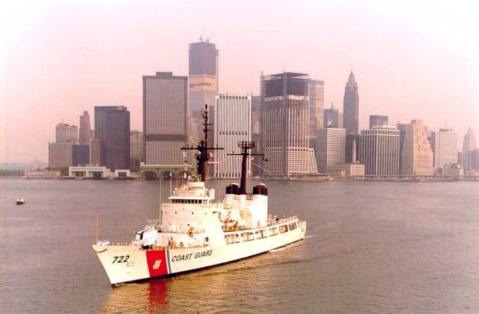 Morgenthau off Governors Island in New York Harbor when new, circa 1970. Note the 5″/38 DP forward and the WTC in the background.

The Coast Guard Cutter Morgenthau (WHEC-722), a 378-foot high endurance cutter, will be decommissioned at Base Honolulu, Tuesday after nearly a half-century of service, including action in the Vietnam War, numerous major drug interdictions, and law enforcement cases, and a variety of noteworthy rescues.

Cutter Morgenthau, commissioned March 10, 1969, was the eighth of 12 Hamilton-class high endurance cutters built by Avondale Shipyards in New Orleans. She was the only vessel named for Henry Morgenthau Jr, the U.S. Secretary of the Treasury during the administration of Franklin D. Roosevelt (all of her sisters were named after T-secs as the USCG belonged to that cabinet position until 1967)

Morgenthau was very active in the Vietnam War, conducting support for coastal patrol craft, naval gunfire support, and patrol duties off the coast of Vietnam until relieved by a 311-foot cutter in 1971. During her period in Market Time, she delivered 19 NGFS fire missions on targets ashore and inspected 627 junks/sampans and cruised 38,000 miles on patrol.

In 1977, Morgenthau became the first cutter to have women permanently assigned, which paved the way for numerous women to serve aboard Coast Guard cutters nationwide.

Just a few months ago, she completed a 90-day 15,000-mile patrol in the Bering Sea in Winter which, besides fisheries patrol work, included the rescue of the Australian sailing vessel Rafiki and the 400-foot cargo ship BBC Colorado, picking up the Capt. Hopley Yeaton Cutter Excellence Award for 2016. 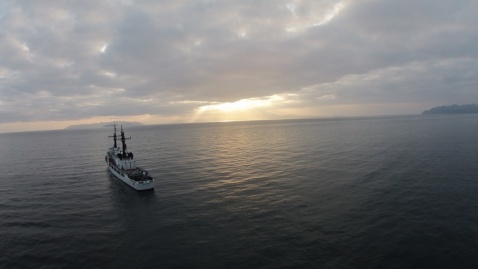 “The U.S. State Department is coordinating the transfer of Morgenthau through the Foreign Assistance Act. This act allows the transfer of excess defense articles as a grant to friendly, foreign governments.”

So far, State has passed on the three of the “378s” to the Philippines (USCGC Hamilton, Boutwell, Dallas), two to the Nigerian Navy (Gallatin and Chase) and two to the Bangladesh Navy (Jarvis and Rush). With Morgenthau decommissioned, only USCGC Mellon (WHEC-717) and Midgett (WHEC-726) based in Seattle, Sherman (WHEC-720) in Honolulu, and Munro (WHEC-724) in Kodiak remain in U.S. service and are expected to be replaced by the National Security Cutter program by 2021.