1 SSB on D-Day, and the piper of the Pegasus Bridge 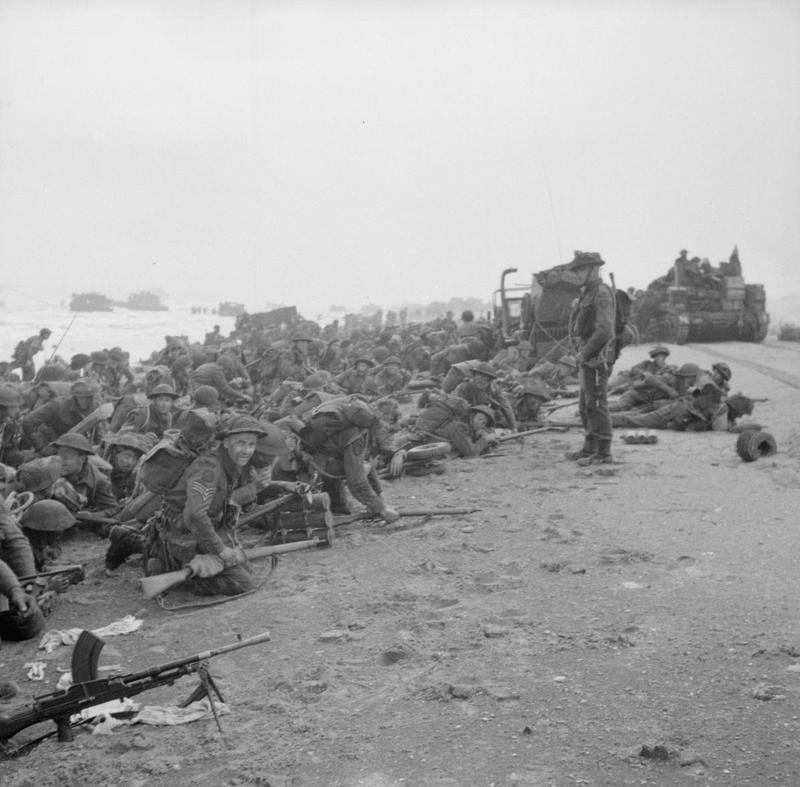 Note the Bren guns and covers on the Enfield .303s

The 1st Special Service Brigade (1 SSB) goes ashore at Sword Beach, 1944. The Lord Lovat Simon Fraser is visible to the right of the column wading ashore in the first photo, and is the one standing and addressing the brigade. After losing several men to sniper fire the unit switched from their distinctive berets to helmets shortly after coming ashore. Also visible in the first photo, closest to the camera, is the “Mad Piper” Bill Millin, who famously piped the unit across Pegasus Bridge.

The airborne operation to seize Pegasus with just 90 glider-borne infantry of 6 Airborne Div with orders to “hold until relieved” (Operation Deadstick) is detailed below.