The Royal Tank Regiment is having a 1980’s throwback, but it’s not for a parade

The British Army’s RTR is using a series of urban camo-painted Challenger 2 MBT’s in a series of tests to judge their ability to lay low in ruined cities. Of their three Sabre Squadrons (Ajax, Badger, and Cyclops), one has had their 18 tanks given a throwback paint scheme. 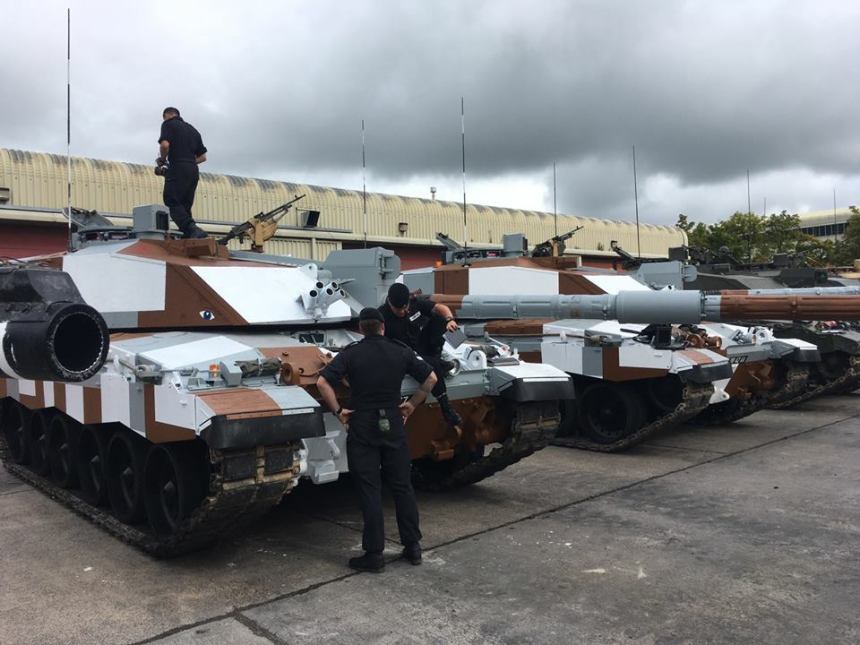 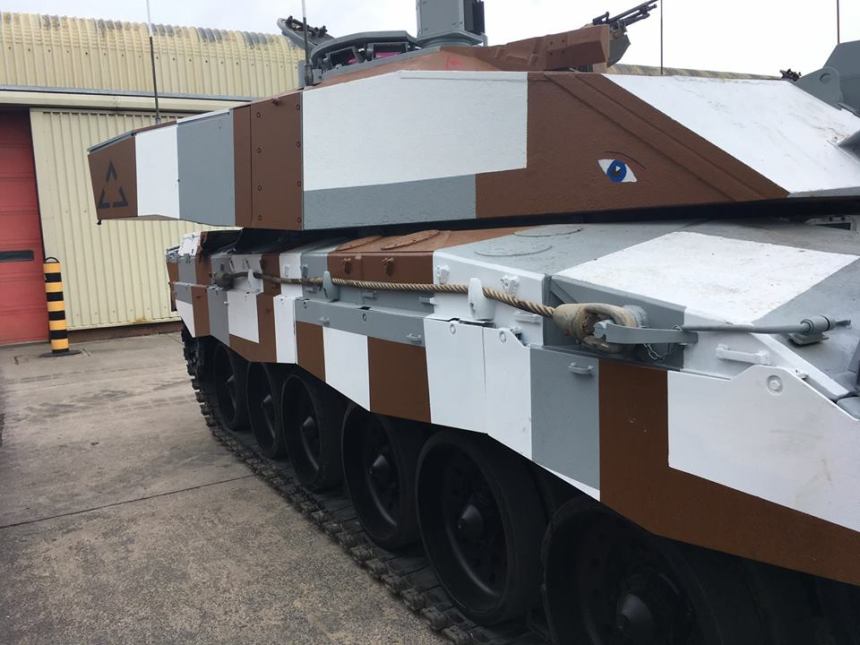 AJAX have just taken delivery of their latest tanks. These have been specially painted in the Berlin Brigade urban camouflage scheme and will be used for UK training as part of an ongoing study into proving and improving the utility of Main Battle Tanks in the urban environment.

AJAX are the urban specialists within the Regiment and will be looking to test current doctrine, tactics and procedures whilst experimenting with other techniques from across NATO and the rest of the world.

The brick red, slate gray marine blue and arctic green of the camo hails from the old pattern used on 18 Chieftain Main Battle Tanks assigned to the armored squadron of the British Army’s Berlin Brigade in the 1980s. 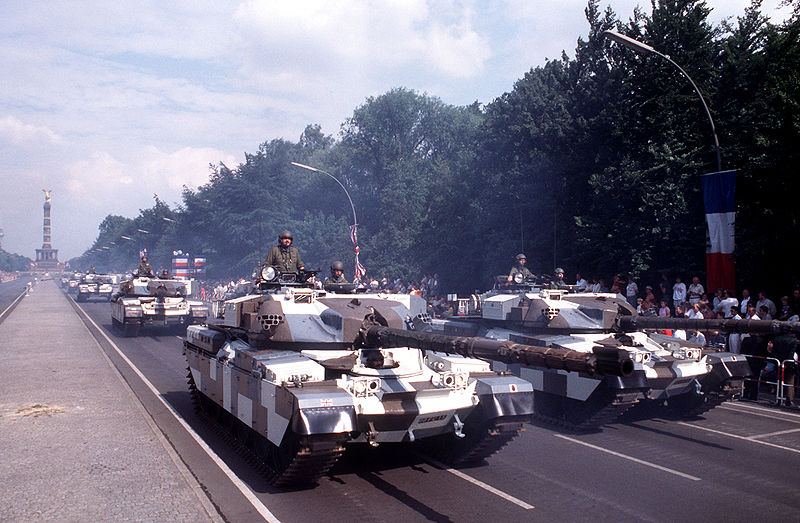 According to the Tank Museum, the “Berlin” pattern originates back to 1982 when the CO commanding the 4/7 Royal Dragoon Guards tank squadron in Berlin felt that the normal Green paint scheme of the British Army was incompatible with its current urban environment.

The story of how “well” it worked, from the Tank Museum:

[A] senior MOD official was invited to Germany to inspect the new camo, and when he looked out of the window he is said to have remarked: “I can’t see your f*****g tank, must be a good idea” – what he wasn’t told was the Chieftain had typically broken down en route and no tank was there at all.

By the way, if you are curious about the eye painted on the turrets: These were painted on many of the tank corps vehicles and dates back to 1918, when one Eu Tong Sen, a prominent Malayan businessman of Chinese decent, paid £6,000 for a rather expensive Mark V tank via subscription. He insisted that, like Chinese river junks that have eyes to guide them in their travels, it should have eyes painted on it. British regulars familiar with Hamsa evil eye charms from prior Indian service also likely chimed in that they would repel evil.

The eyes seemed like a good idea either way to Tommies in France and was copied on other tanks in the field, a tradition that has endured in 1 RTR today.