A lost German in Rwanda

German warships in Africa on the eve of the Great War have always drawn a lot of interest. Everyone knows of the SMS Konigsberg and its last stand on the Rufiji River, the old unprotected cruiser-turned commerce raider SMS Geier as well as the scuttled survey ship SMS Möwe. What you may not have heard of the steam launch named for Schutztruppen officer Oberleutnant Friedrich Paul Greatz’s that was used on the shores of Lake Kivu.

Now on the border between the Democratic Republic of the Congo and Rwanda, back in 1909, the area was German East Africa and Lutheran missionaries of the Bodelschwinghsche Anstalten Bethel organization used the humble 35-foot motorboat to travel the lake in their work. 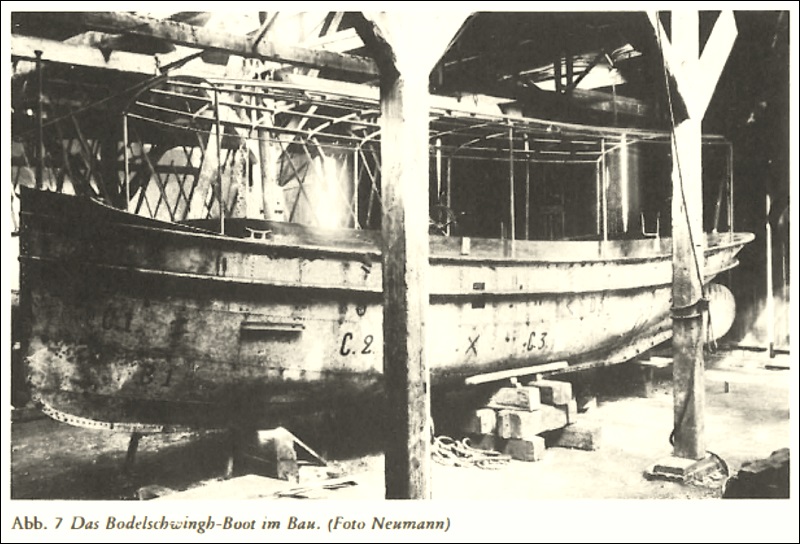 Very “The African Queen” Note the extensive awning frame which covered most of the craft.

When war came, the boat, renamed Greatz, was armed with a machine gun and used by local troops to motor around and trade shots with the Belgians in the Congo, whose Force Publique was very much at war with the Germans.

By legend, Greatz was scuttled and buried along the shore of the lake in mid-April 1916 and hasn’t been since, but a group is eagerly looking for her bones along the Rwanda coast of Kivu today.

“We learnt from our parents that the Germany fighter buried the ship with so many weapons which he did not want Belgians to capture,” said Onesime Bimenyimana, a resident of the area.

“We tried to dig deep to exhume the cruise and take the advantage of the treasures, but we failed. Germans themselves came back in the 1980s to find their boat but their efforts yielded no results.”