Air Force getting the drop on the M17 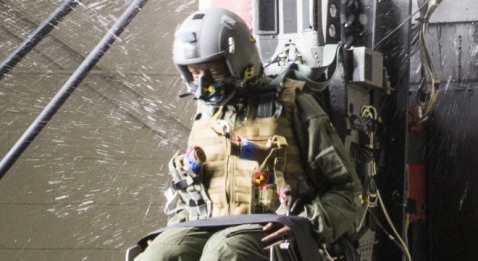 The flying service, which is purchasing 130,000 of the new Sig P320 variants, is testing the Army’s Modular Handgun System’s capability to resist damage during the demanding act of ejecting from a moving aircraft.

The Air Force released a number of images of the MHS contract winner, designated the M17 by the military, undergoing testing at a facility at Wright-Patterson Air Force Base, Ohio, earlier this month. The photos show a full-scale anthropomorphic dummy clad in a survival vest and flight gear strapped to a simulated stand-mounted ejection seat. On the dummy’s chest are a pair of M17 pistols, one oriented for a left-hand draw, another for a right, alternating flush-fit and extended magazines.