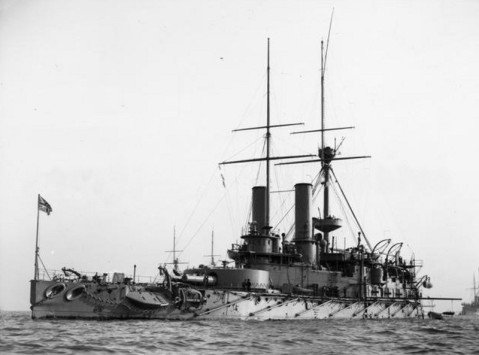 Here we see the Victoria-class ironclad turret-type battleship HMS Sans Pareil taking a break from reserve fleet layup– where she spent most of her short life– to participate in the fleet review held at Spithead on 16 August 1902 for the coronation of King Edward VII. She was the last ship in the Royal Navy to carry the moniker and, when designed in 1885, had several innovative features that made her invincible on the water, or so it seemed.

The two-ship Victoria class were built by the British to fix perceived shortcomings in the preceding six-pack of Admiral-class battleships (10,600 t., 330-feet oa, 4×12″ guns, 16kts on compound engines, up to 18 inches of armor belt) and produced a much more modern ship. 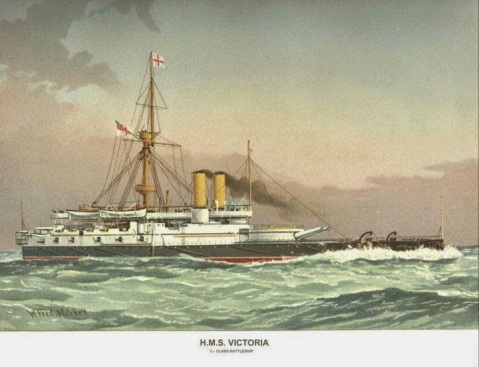 The Victoria and Sans Pareil were only slightly larger (340-feet) but were the first RN capital ships to use 3-cyl Humphreys triple expansion steam engines powered by 8 cylindrical boilers which offset a thicker overall compound armor package (406mm at its *thinnest* backed by 178mm of wood planks) while still enabling speeds of 16+ knots. With coal bunkerage of 1,200 tons, they could steam an impressive 7,000nm at 10kts, making them capable of showing the Royal colors around the colonies as needed. Designed for 12,000 ihp, they produced over 14K and were considered very successful, able to make 17~ knots, when the sea allowed. 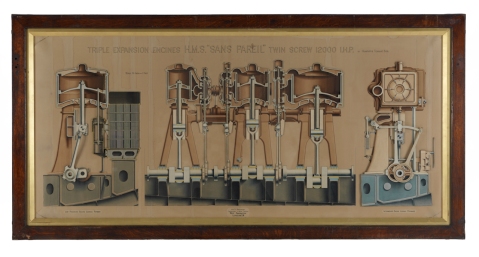 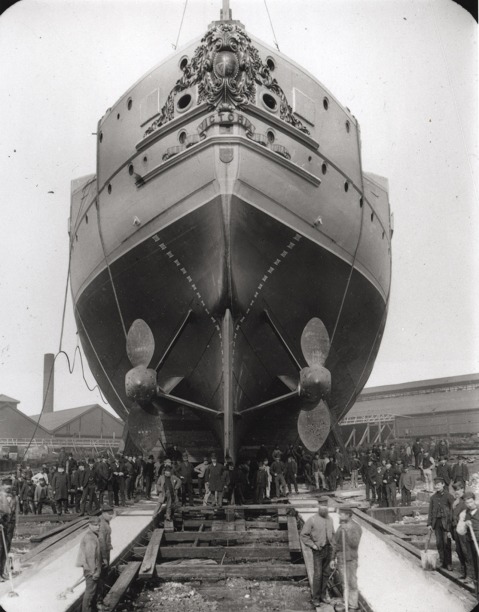 This speed and bulk was weaponized in an impressive pointed bow ram, seen as a valid tactic following the confusing Battle of Lissa in 1866. 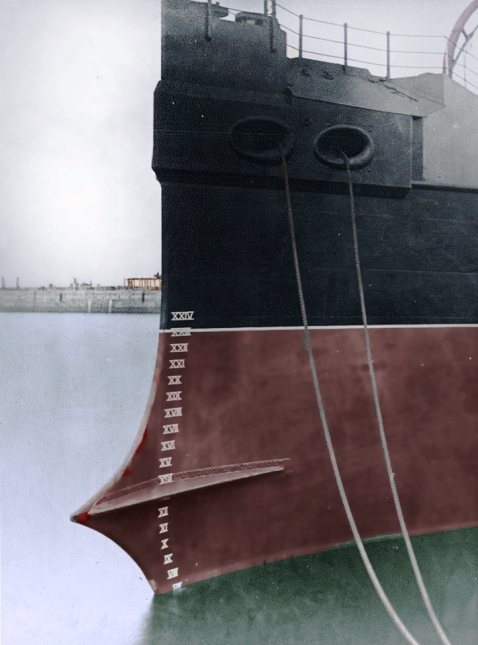 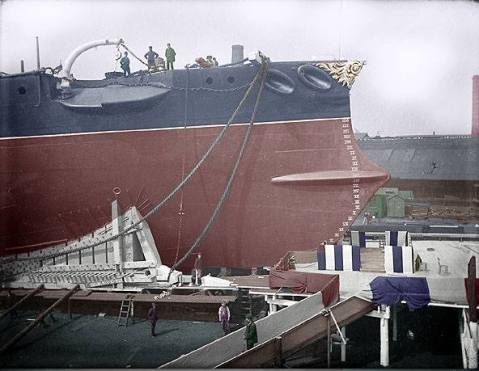 However, the biggest departure from the previous designs was in the Victoria‘s twin 16.25″/30 (41.2 cm) Mark I “Elswick 111 ton” guns, some of the largest diameter breechloading guns every mounted. They fired a 1,800-pound shell thrown by a 960-pound black powder SBC charge and were just massive guns, even if they were slow to load (three minutes per shell) and prone to such unsavory teething problems as buckling the deck around them when they fired. Oof.

Drawing of BL 16.25 in caliber 111-ton gun as fitted on HMS Victoria (1885-1893). Section through battery and turret showing 18-inch armor. Date circa 1885 Source ‘The Royal Navy: a history from the earliest times to the present’, volume VII by William Laird Clowes, published 1903 by S. Low, Marston, and company. London. available here https://archive.org/details/royalnavy07clow 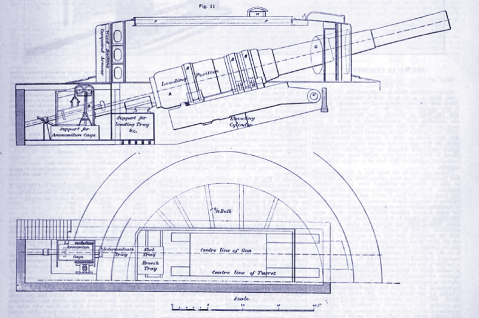 Now you see why they took so long to reload… 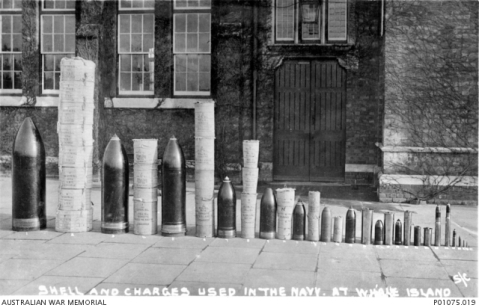 Picture of British Ammunition at Whale Island ca. 1900 including 16.25″ (41.2 cm) to the far left, note the huge size of the shell and charges stacked next to it, followed by the comparable rounds. The second shell is a 13.5-incher and the third a 12, which look downright puny in comparison. Picture ID Number P01075.019. AWM 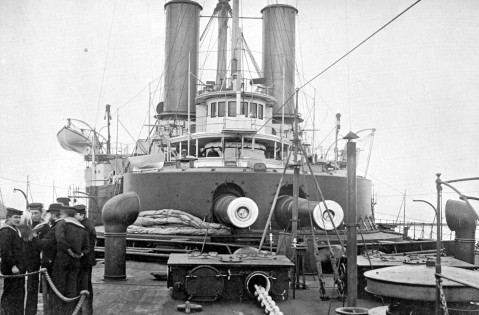 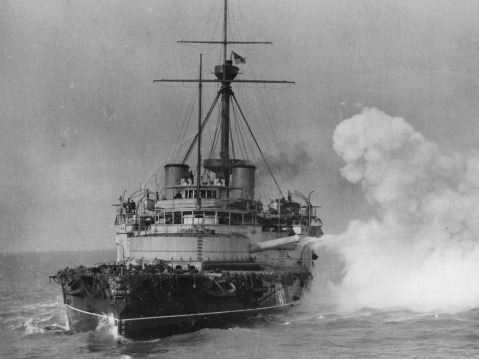 Note the low freeboard…this will be on the test later.

If “Sans Pareil” sounds an unusual name for the RN, the Brits got it honest when they captured the brand-new 80-gun French Tonnant-class ship of the line, Sans Pareil (Without Equal), at the pitched 1794 battle of the Glorious First of June. Though she was mauled and half her crew killed, the Brits towed their trophy into Spithead, mopped the blood off, fixed her back up, and, without even a name change, she became the bane of French privateers and man-o-wars alike for a decade, used as the flagship of both Admirals Lord Hugh Seymour and Richard Montague. 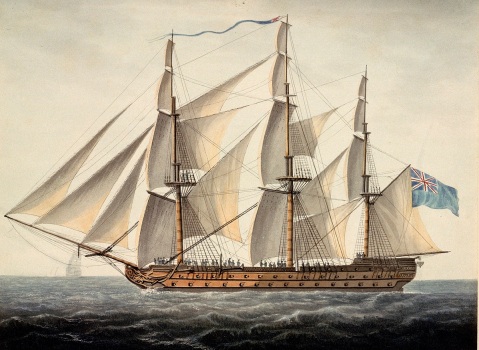 To commemorate the former French warship, which was broken up in 1842, a newbuilt screw-driven 81-gun second-rate was commissioned with the same name in 1851 and went on to fight the Russians in the Baltic during the Crimean affair and expand the Empire in China during the Opium Wars. Our very model of a modern major battleship Sans Pareil was the third such vessel to bear the name for the Crown. She was laid down at the Thames Iron Works, Blackwall, on 21 April 1885, ironically two days before class-leader Victoria, which was built at Armstrong in Elswick.

Launched on a sunny day in May 1887, Sans Pareil was floated out into the Thames to great fanfare. 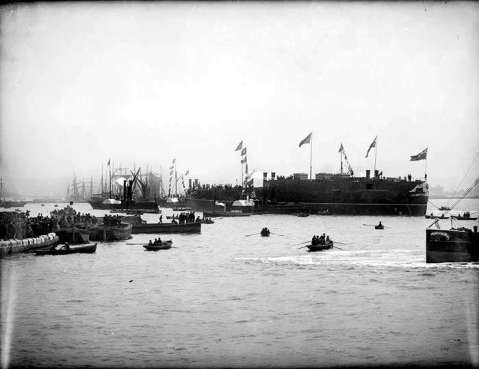 The HMS ‘Sans Pareil’ being towed into the open water, watched by large crowds on smaller boats and on the banks of the Thames. Historic England Archive ref: CC93/00012 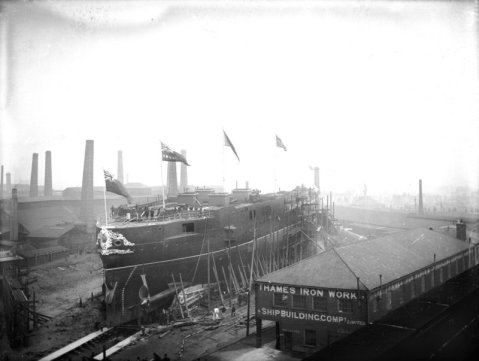 Sans Pareil was completed in July 1891 and taken into the fleet and was sent to the Med where tensions were on the rise to join her sister in a bit of gunboat diplomacy. 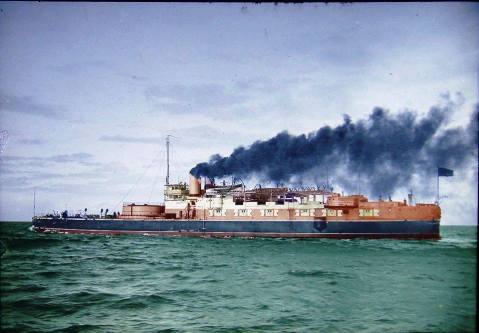 However, the ships, while benefitting from a forward-looking engineering suite, had a very low freeboard and were known as being very “wet” when underway, giving them the nickname of “slippers” as the whole bow tended to slip under the waves when moving forward. This, coupled with developments that made them increasingly obsolete, marginalized the two might new warships.

Then came a disaster.

The brand-new class leader Victoria, while serving as flagship of the Mediterranean Fleet, was lost during maneuvers off Tripoli because of a collision with battleship Camperdown. 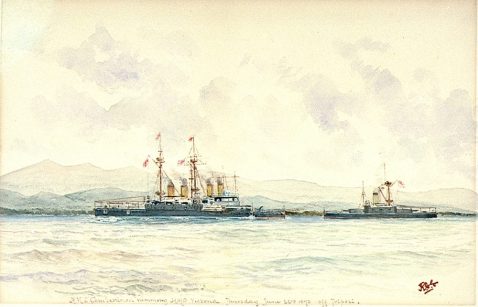 HMS Victoria (1888) in a collision with the Admiral Class battleship, HMS Camperdown (1885) during close maneuvers on the 22nd June 1893 off the coast at Tripoli in Lebanon by Reginald Graham Gregory from the collection of Royal Museums Greenwich.

The low freeboard contributing to her sinking within 15 minutes, with half of her crew trapped below as she slipped below the waves a final time. In all, 359 men died that day in one of the worst peacetime accidents in British military history. 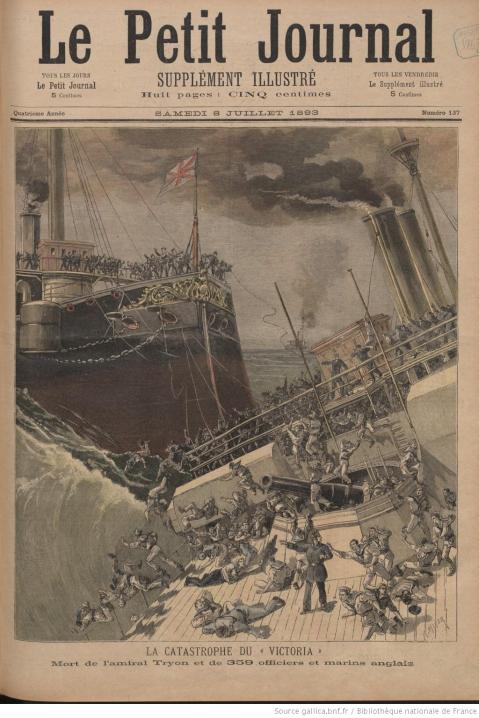 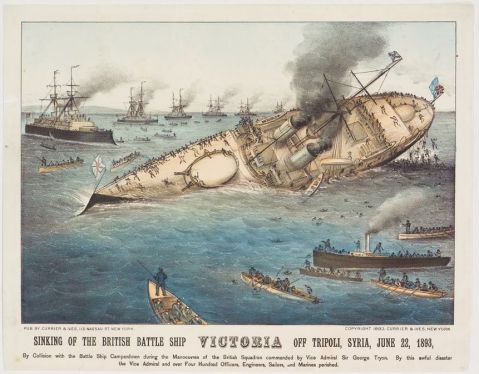 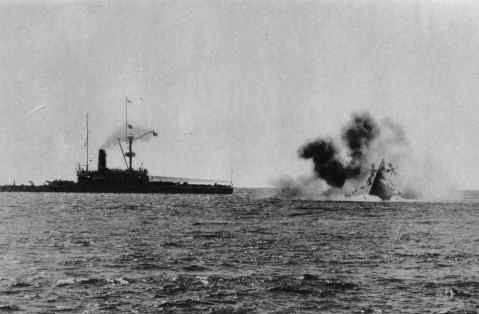 Final moments of battleship HMS Victoria, sunk by collision on June 22, 1893, while on maneuvers in the Mediterranean. Ship on the left is HMS Nile.

And that was pretty much that. Sans Pareil was moved back to home waters from the Med after serving with the fleet for only a couple of years and by April 1895 she was paid off.

After a decade of service in the reserve fleet and as a guardship in shallow water, she was quietly sold for scrap in 1907, and her name never issued again. 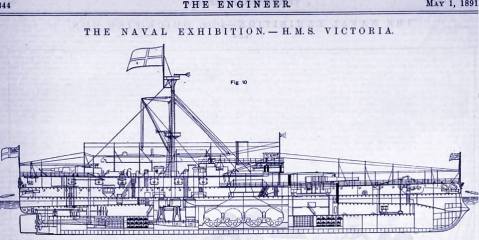 "A person interviews for his next gig , every day." - WRSA Reader