Low-observable to both radar and the ole Mk I eyeball, these homegrown Latin American LPVs can pack tons of blow on one-way trips and are increasingly common in the East Pac. 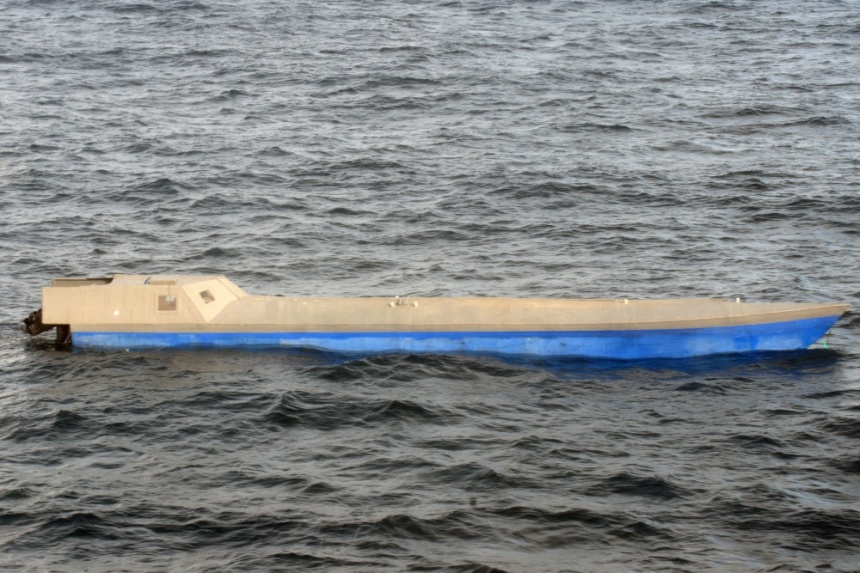 The crew on Coast Guard Cutter Campbell captured this photo of a low profile drug vessel on May 24, 2018, during their deployment to the Eastern Pacific.

BOSTON — Coast Guard Cutter Campbell returned to its homeport in Kittery, Maine, Friday after an 80-day counter-narcotic patrol in the Caribbean Sea and Eastern Pacific Ocean.

Equipped with an MH-65 Dolphin helicopter crew deployed from the Helicopter Interdiction Tactical Squadron unit based in Jacksonville, Florida, the Campbell patrolled known narcotic transit zones in the Eastern Pacific Ocean off the coast of Central and South America in support of [Key West NAS-based] Joint Interagency Task Force-South, which facilitates international and interagency interdiction to enable the disruption and dismantlement of illicit and converging threat networks in support of national and hemispheric security.

“During this challenging deployment, the crew excelled in all assigned missions and should be exceptionally proud of their accomplishments,” said Cmdr. Mark McDonnell, commanding officer of the Campbell. “Our efforts to integrate with partner agencies and nations are key to the safe and successful execution of these complex interdiction operations as we work together to remove cocaine bound for the United States and help dismantle criminal networks.”

Campbell is a 29-year-old Famous-Class cutter homeported in Kittery, Maine, with a crew complement of 100.