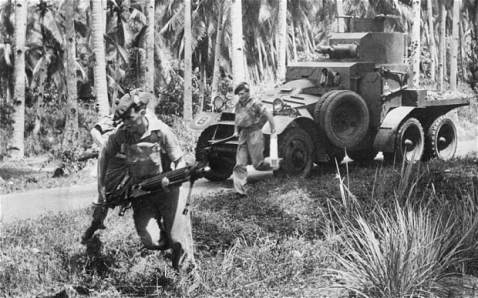 Their pecuilar fighting vehicle is the Lanchester 6×4 Mark I armoured car. Armed with three Vickers guns– a .50-caliber and .303-in the turret and another .303 on the left side of the hull, these 20-foot long land yachts weighed 7 tons, largely due to their steel frames and 9mm worth of sheet armor, which protected them from small arms rounds. Their 6-cylinder in-line, gasoline-fueled engine was fire prone if the Lanchester took damage. 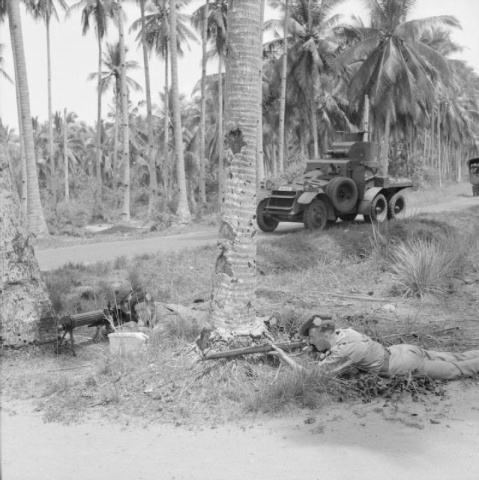 Men of the 2nd Argyll and Sutherland Highlanders training with a Lanchester six-wheeled armored car in the Malayan jungle, 13 November 1941. 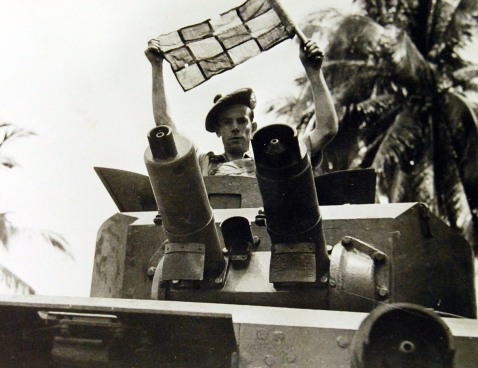 Argylls and Sutherlanders in Malaya. Note the two Vickers in the turret, one a .50-cal and the other a .303. Also, the vehicles 3rd Vickers is seen on the hull to the lower right of the photo.

Just 35 Lanchesters were made, including only 18 Mark Is. Most, after service in Egypt with the 12th Royal Lancers, were sent to the Far East to defend Singapore in the ill-fated Malay Camapign against the Japanese– who for once had better tanks. 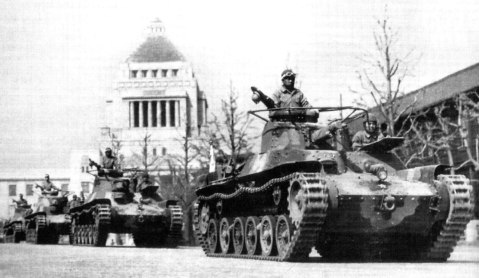 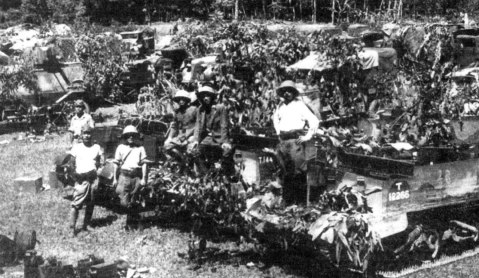 During the Malay campaign, Japanese troops captured a large number of serviceable British crawler armored personnel carriers, Bren Universal Carriers, and the Marmon-Herrington Mk III, as well as the Lanchesters. 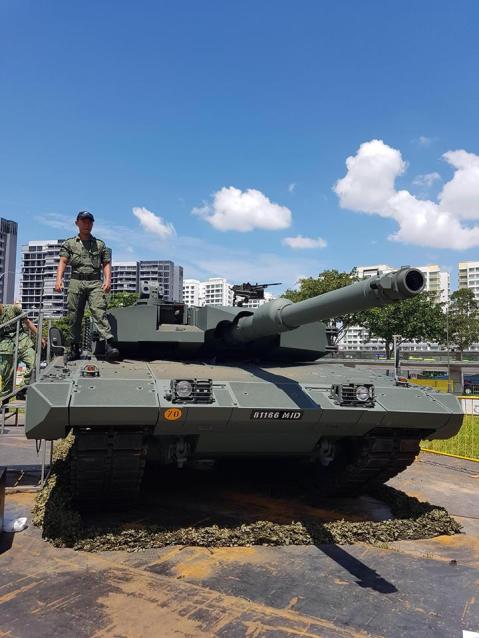 The Singaporean variant of the Leopard 2, the Leopard 2SG. The Leo 2SG features upgrades such as modular armor and the Commander’s Open Architecture Panoramic Sight (COAPS)

One response to “Singapore heavy”